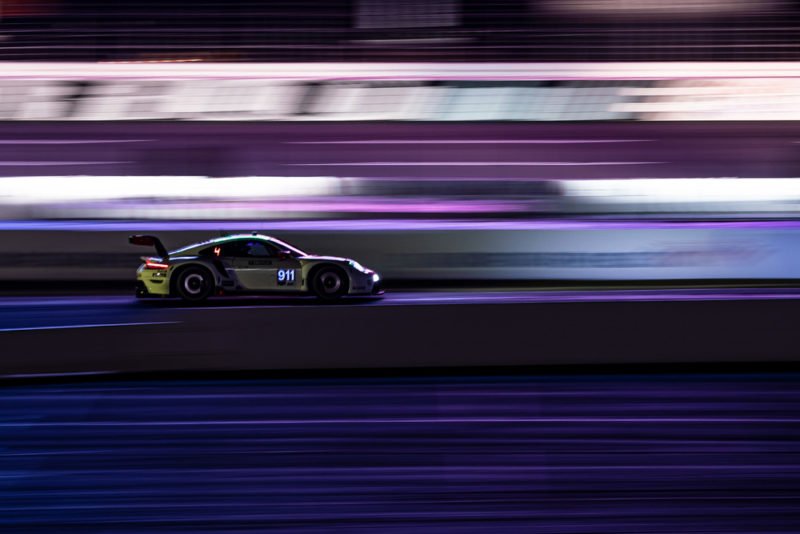 It’s been said before, but it bears repeating; 2020 is just a horrible year to be a Porsche fan when it comes to racing. Whether it be the balance of performance jerking the team around, or just a long and frustrating series of bad luck and mistakes, the team is having its worst sports car racing year in a long damn time. That unlucky streak continued on Saturday night as the IMSA series GTLM class headlined a late night rain race at Charlotte Motor Speedway, running on the road-course configuration known as the NASCAR Roval. Both Porsche 911 RSRs had crashed badly enough to seek retirement in the first 20 minutes of the waterlogged race.

The bowl of a circuit saw rain fall all day, and the NASCAR race which had run earlier in the day was equally difficult to navigate, with cars spinning and crashing all up and down the field. Porsche saw both the #911 and the #912 car crash out before either of them pitted for a driver change in the relatively short 2-hour sprint race. 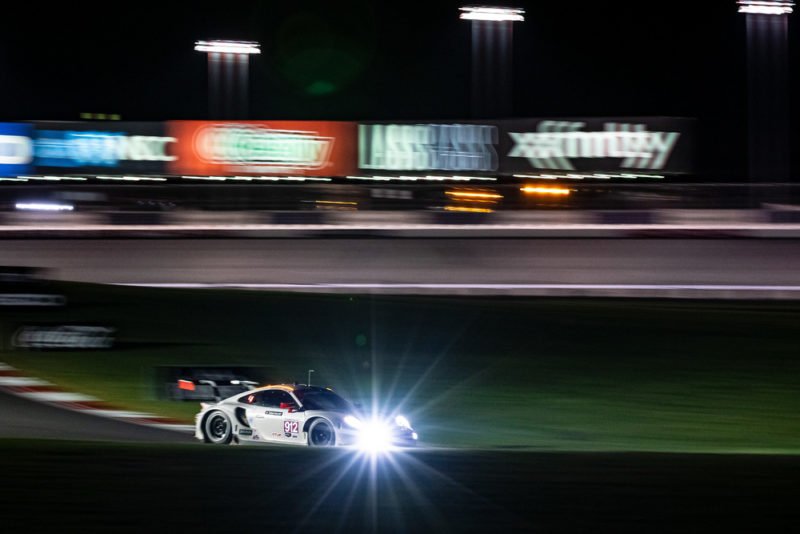 Qualifying was an up and down affair for Porsche on Friday, with Fred Makowiecki putting the car on the outside pole in second place. The Prototype classes were absent from this weekend’s running, giving Porsche the second overall starting position. Laurens Vanthoor, however, crashed his 911 RSR in qualifying with 10 minutes remaining in the wet session, tearing up the car’s rear suspension without setting a quick time. He was therefore forced to start the race from sixth in the six-car GTLM field after the team worked tirelessly to get the car repaired for race day. 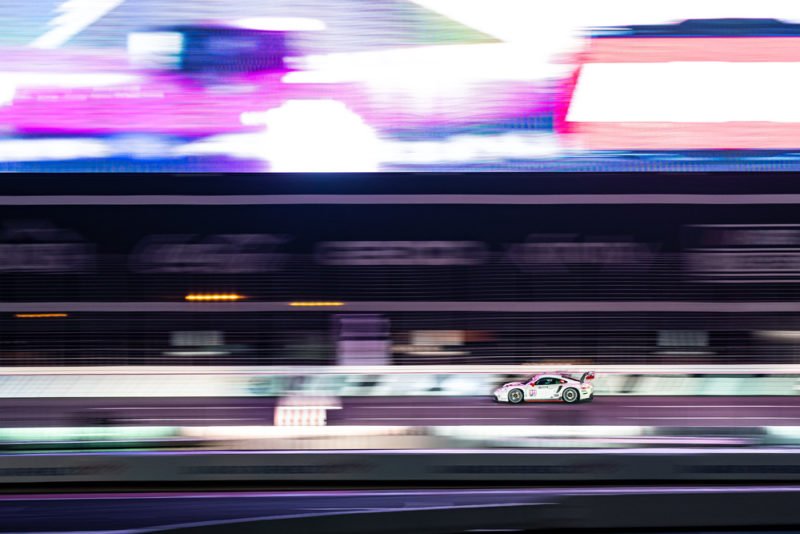 Within minutes of each other, Vanthoor lost control of his #912 Porsche as he made contact with the barrier in the track’s infield section, and Fred Mako suffered a similar fate. Both cars limped back to pit lane, and both were ultimately retired with damage. Vanthoor was retired immediately after his lap-four incident, but Mako was sent back out to turn a few more laps under caution before he made the call that the car was too difficult to drive in its damaged state and it was pulled from the race after eight laps of running.

Corvette ended up winning the race, the team’s sixth race win of the 2020 season. The yellow and black team from Bowling Green, Kentucky holds a substantial points lead going into next weekend’s Petit Le Mans, and it is very likely that it will take the championship. Porsche, meanwhile, doesn’t have a snowball’s chance in hell of recovering enough points to mount any kind of recovery effort. All Porsche can hope for is to string together enough luck to win a race before the IMSA team effort is disbanded at the end of this season. 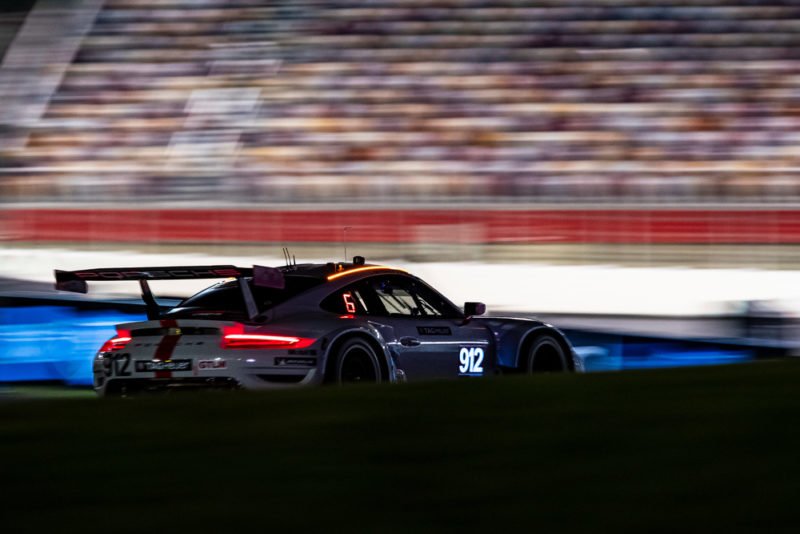