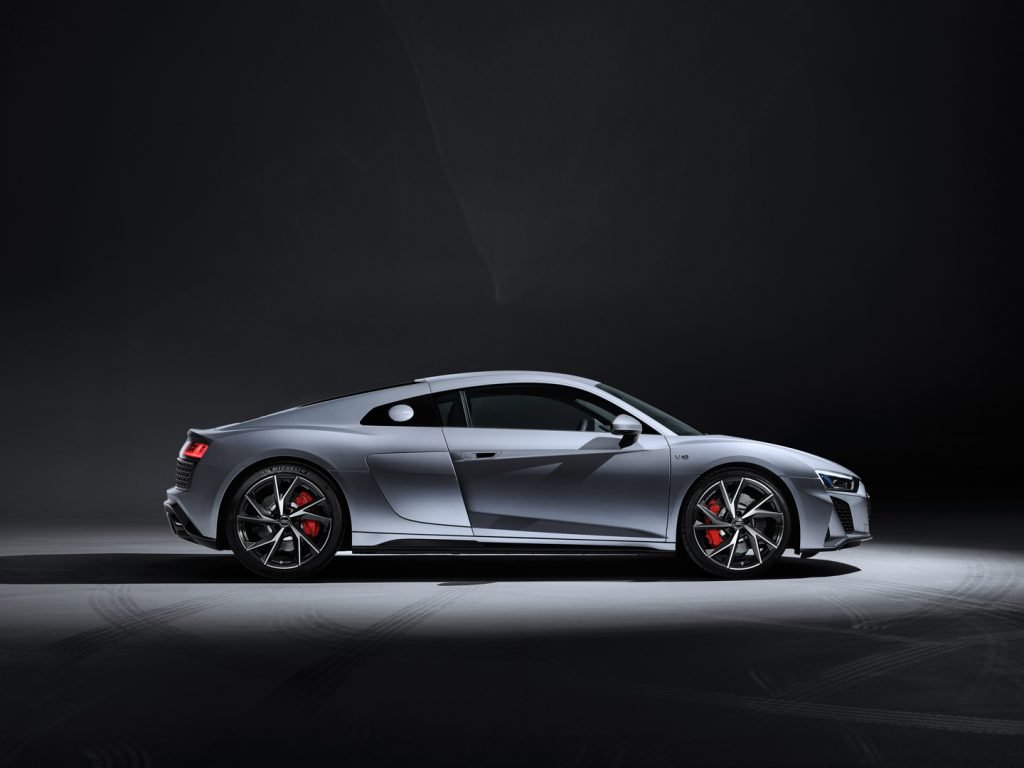 The Audi R8 RWD (Rear-Wheel Drive) is finally making its way over to the US market as an official member of the R8 lineup. Previously, the rear-wheel drive R8 was dubbed RWS (Rear-Wheel Series) and was only offered as a limited-run model. Now, the R8 can be had in either rear or all-wheel drive for whichever customer has the funds and the taste to buy an R8.

In the US, the Audi R8 RWD will be available in either Coupe or Spyder (convertible) body styles and it will be the cheapest version of the R8, regardless of body style. Even the Audi R8 RWD Spyder is cheaper than the standard Audi R8 V10 Quattro Coupe.

Front driven wheels aren’t the only things lost when opting to the rear-wheel drive model, though. The Audi R8 RWD uses the same 5.2 liter naturally-aspirated V10 engine but only makes 532 horsepower, rather than the standard R8 Quattro’s 562 horsepower. It also only makes 398 lb-ft of torque, instead of 406 lb-ft. So 0-60 mph drops from 3.2 seconds to 3.6 seconds for the Coupe and 3.7 seconds for the Spyder. Boo-freaking-hoo. 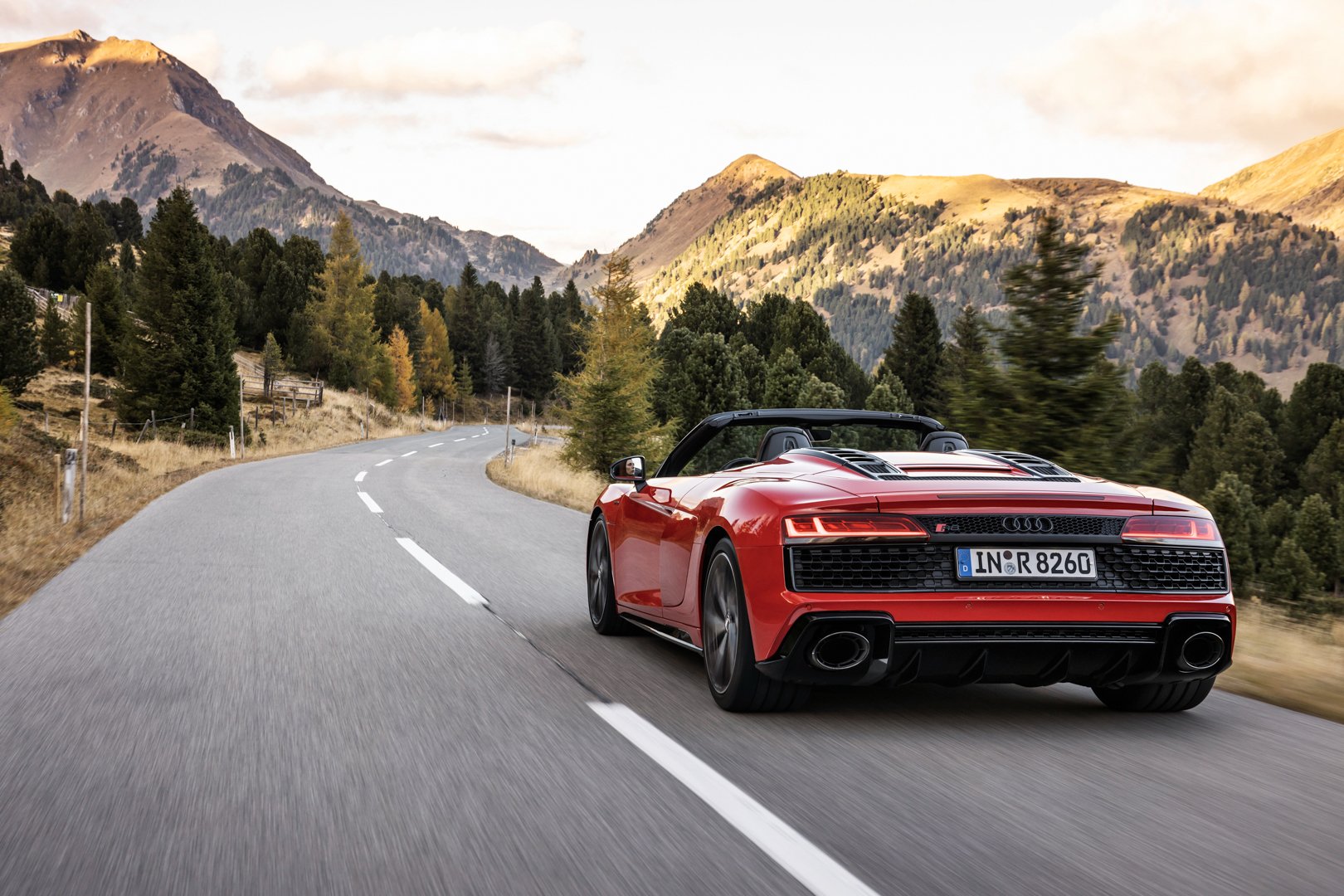 However, you gain something that no performance figures can offer — fun. Because the Audi R8 RWD ditches the Quattro’s front driveshaft, multi-plate clutch, front differential and front axles, it’s lighter. More specifically, it’s lighter over the nose. Plus, it lacks any sort of power being sent to the front wheels, so its steering is less corrupted. That means that the R8 RWD has sweeter steering and turn-in than the Quattro. It also makes it more fun to toss around, due to the lower overall curb-weight.

It also means that you can slide it around a bit more, as all of those rampaging horses are sent to just the rear wheels. Admittedly, from what we’ve heard, the Audi R8 RWD is so still so grippy and so well-mannered that it’s still no hooligan. But it is more fun and that’s more important than any horsepower figures or tenths of a second difference to 60 mph.

Inside, the R8 RWD gets mostly the same equipment as the Quattro. It gets 14-way adjustable seats as standard, with 18-ways seats as an option. It has all the same tech and all of the same creature comforts. If you buy the RWD, you’re not losing anything in the way of luxury or technology.

To be honest, it seems like the Audi R8 RWD might be the way to go, in the R8 family. Not only is it a Volkswagen GTI cheaper than the Quattro but it’s actually the more enjoyable car to drive. Plus, due to the R8’s inherent mechanical grip, a set of proper tires will get it through most of the year just fine. There’s likely only few instances where the Quattro R8 will be able to go somewhere that the RWD R8 can’t. So adding all-wheel drive is probably not worth the nearly $30,000 price difference. To us, the rear-wheel drive model is the way to go. Maybe we need to change our name…

The post Audi R8 RWD Coupe and Spyder Coming to US — Starts at $142,700 appeared first on QuattroDaily.