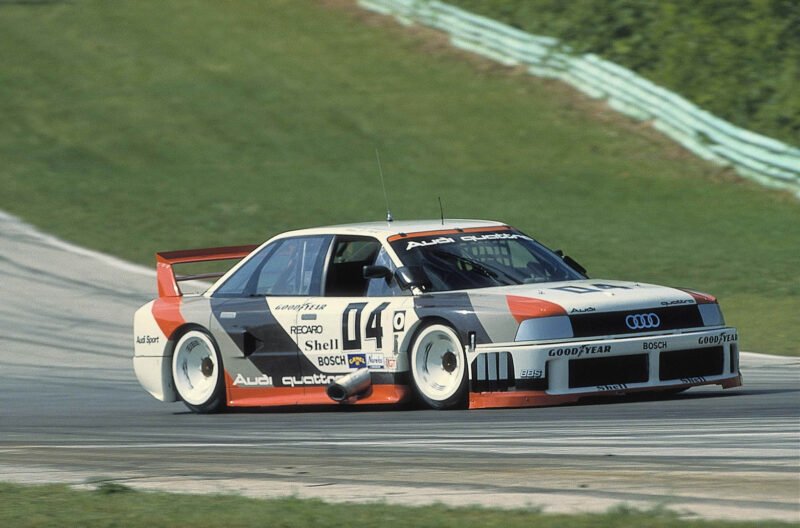 Audi has a rich history of making brilliant race cars. Admittedly, it’s not as rich as some of its rivals but that doesn’t mean that Audi doesn’t have it fair share of incredible motorsport machines. While its most famous is the fire-spitting Group B Audi Quattro, it’s not the only one. Another epic four-ringed race car was the Audi 90 Quattro IMSA GTO, which can be seen and heard in this new video.

Seen here at Goodwood, one of the most iconic motorsport venues of all time, we get to see an Audi 90 Quattro IMSA GTO and it’s a glorious thing to see and hear.

The 90 IMSA GTO is powered by an absolutely psychotic 2.2 liter turbocharged 20-valve five-cylinder that makes a whopping 720 horsepower. It was, and still is, a mad race car that absolutely dominated when it was on track. Though, it wasn’t on track for long.

Back in the late ’80s, the Audi 90 Quattro IMSA GTO competed in just one season of the American IMSA racing series. It won seven of the thirteen events that season but because Audi sat out two races, Sebring and Daytona, it ultimately failed to win the series that season. It also suffered gearbox issues in its IMSA debut race in Miami, which cost it that event.

However, when the 90 IMSA GTO was working, it was dominant, helmed by the legendary Hans-Joachim Stuck and Hurley Haywood. No Americans could believe just how fast and capable the little German sedan was but it quickly proved everyone wrong. 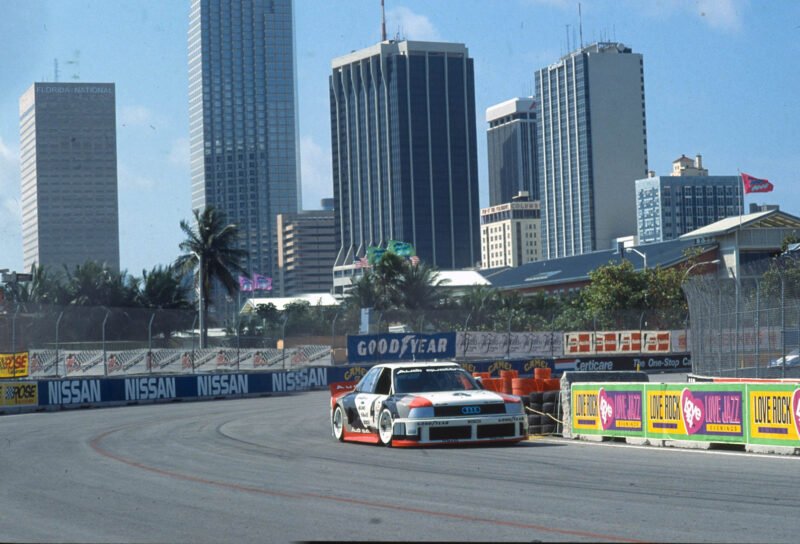 Sadly, Audi pulled the 90 IMSA GTO out of the racing series after just one season, deciding to focus on DTM instead. Still, that one season was a legendary one and it gave us this incredible race car. Have a listen to it at Goodwood.