Skip to content
Latest News
What is brake-by-wire and how do these systems work?
Chevrolet Salutes Oliver Gavin as He Concludes Full-Time Role with Corvette Racing
Saturday Morning Corvette Comic: Happy Halloween from CorvetteBlogger!
Pick of the Day: 1994 Jaguar XJ220, a short-lived top-speed-record holder
Here’s How The Best 991 Track Cars Tackle Silverstone
Larry finds some gems on the AutoHunter docket
Why a quarter is an important tool in checking your tires
Mercedes-Benz G 4×4² is getting closer to series production 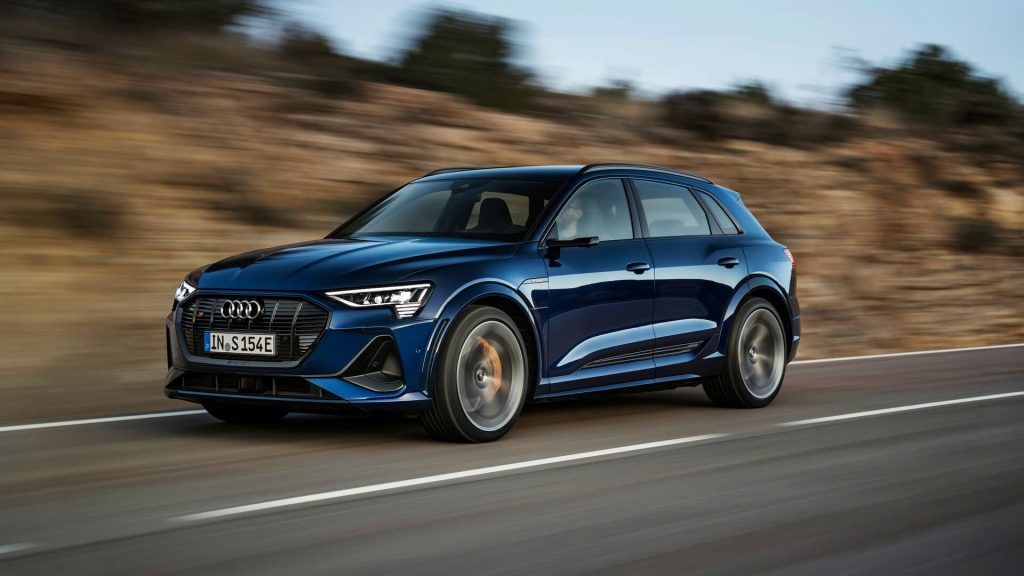 The Audi e-tron is not a performance SUV. This fact is brought up most by Tesla fans who want to mock the e-tron’s 0-60 mph times, which are painfully slow compared to most Teslas. However, as it turns out, the e-tron is actually quite the athlete on track. In fact, it’s such a good athlete on track that it’s only a few tenths of a second slower than the Tesla Model X Performance (Raven) around the North Carolina Center for Automotive Research (NCCAR) track.

For reference, the Model X Performance has about 700 horsepower. That means it has about three hundred more horsepower than the Audi e-tron, which makes a maximum of about 402 horsepower but can only do so for up to eight seconds in Boost Mode. So the fact that the e-tron ran 1:52.00 around the NCCAR track, only a few tenths slower than the Model X Performance’s 1:51.78, means that it does so purely on handling capability alone.

On track, it’s a surprisingly good car to drive. Obviously, no nearly three-ton SUV is actually going to be fun on track, regardless of what Tesla fanboys say about the Model X Super-Duper-Cheetah-Dragon or whatever the fastest one is called nowadays. However, the e-tron can hustle better than expected. It’s surprisingly neutral, the body remains very flat through corners and there’s even a bit of lift-off oversteer, which is kind of funny in a big EV SUV.

While watching the video, you can see the software and electric motors working hard to sort it all out. Through the corners, you see it understeer for just a moment, before the e-tron’s brain sorts out the traction and trims the line. After that, it tucks its nose in and grips through the corner. It’s entirely electronic, obviously, but it’s shockingly effective. The Audi e-tron might not post great YouTube acceleration clips but it can properly handle, that’s for sure.

The post The Audi e-tron 55 is Almost as Fast as a Model X Performance Around a Track appeared first on QuattroDaily.