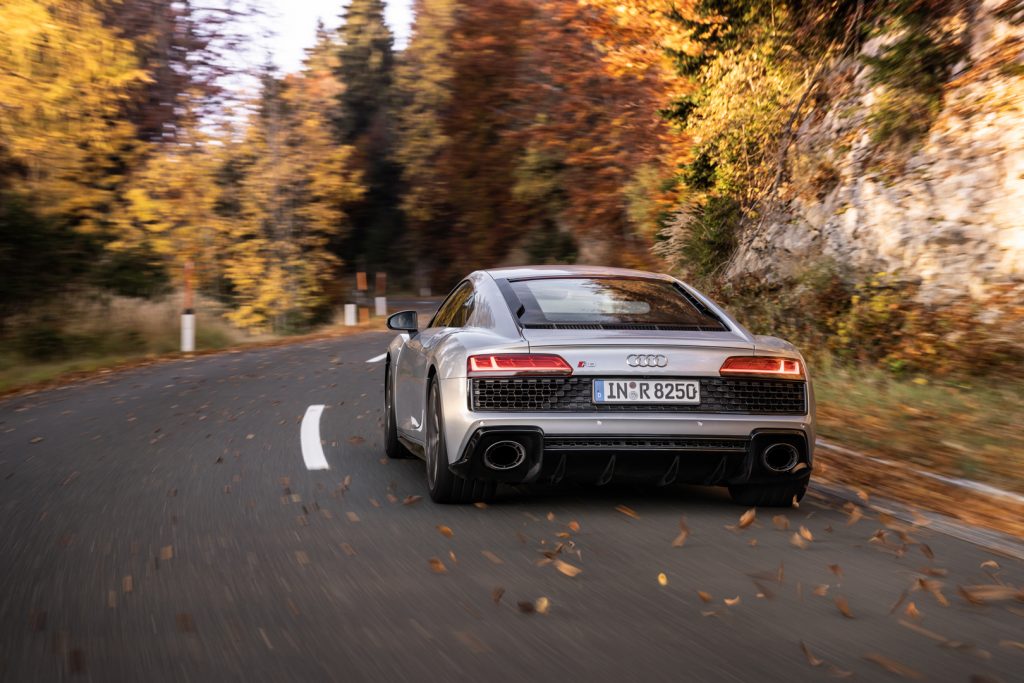 I recently had the chance to spend a week with the Audi R8 V10 Performance, a car that really won me over more than I honestly thought it would. I knew it would be great but it’s so much better than I had anticipated. Its incredible traction is part of its charm, as I was going head-to-head with a faster McLaren on a twisty back road and felt supremely confident in its ability. However, according to Joe Achilles, it’s not the ultra-sticky Quattro R8 you want, it’s the Audi R8 RWD.

This is actually a common opinion among car enthusiasts and it has real merit. The idea is that the Audi R8 RWD is less complicated, lighter and more nimble. Because it only drives its rear wheels, it tends to rotate better around corners, it has steering uncorrupted by front driveshafts and less weight over the nose.

Sure, the R8 RWS is down on power versus the R8 V10 Performance, having on 532 horsepower compared to 602 horsepower. That lack of power and traction does add a few tenths to its 0-60 mph time. Though that honestly doesn’t matter. The RWD’s lighter front end, better steering and cheaper price make it the far more attractive package.

Especially when you consider that the RWD shares one very specific trait that every other more expensive R8 has — its noise.

The 5.2 liter naturally-aspirated V10 engine of the Audi R8, in any spec, is an absolute masterpiece and makes the most sensational noises. Spine tingling, hair-raising, absolutely intoxicating noises. And you get the very same audible nirvana from the Audi R8 RWD as you do from the more expensive R8 V10 Performance. Considering that its noise is literally the best part of the R8, it doesn’t pay to spend the extra money on the Quattro model if you don’t have to.

The post VIDEO: See Why the Audi R8 RWD is Better Than Quattro appeared first on QuattroDaily.