This new Audi e-tron Sportback is an interesting car, as it’s an EV that doesn’t seem to want to be an EV. Despite having a massive battery pack, it doesn’t have a ton of electric range and even though it’s a pure BEV (Battery Electric Vehicle), it barely feels like it. If anything, it just feels like an extremely quiet Audi SUV. However, as Engineering Explained, well, explains in this new video, that could actually be a good thing.

EE’s Jason Fenske is a car enthusiasts like all of us and is an EV owner himself, owning a Tesla Model 3. So as an enthusiast, the Audi e-tron Sportback isn’t his favorite EV and that makes some sense. Enthusiasts like control, we like to tinker and we like to understand exactly how our cars work. The e-tron doesn’t allow that. Instead, it over-simplifies the act of driving it until it feels exactly like a traditional car.

For instance, the 95 kWh battery pack only allows 91-percent of it to be used, to reduce battery degradation that comes from charging to 100 percent on a regular basis. However, in a Tesla for instance, you can actually choose the level of charge you want to be able to charge to. As a car enthusiast, that does seem more attractive.

Conversely, Audi isn’t catering the e-tron to enthusiasts. Instead, Audi is trying to get its traditional customers, people who buy Audi Q7s and Q8s, to make the jump to electric vehicles. To do that, it needs to remove all the skepticism — deserved or otherwise — that the vast majority of car buyers have of EVs. Which is why the Audi e-tron Sportback feels just like every other Audi SUV.

Fenske also defends the 220-ish miles of EV range. While Tesla fans point and laugh at an EV that packs a 95 kWh battery and can only muster 220 miles of range, Fenske points out that virtually no customer will need more. The 220 or so miles of EV range is far more than enough for most people and will likely never see a nerve-wracking charge. 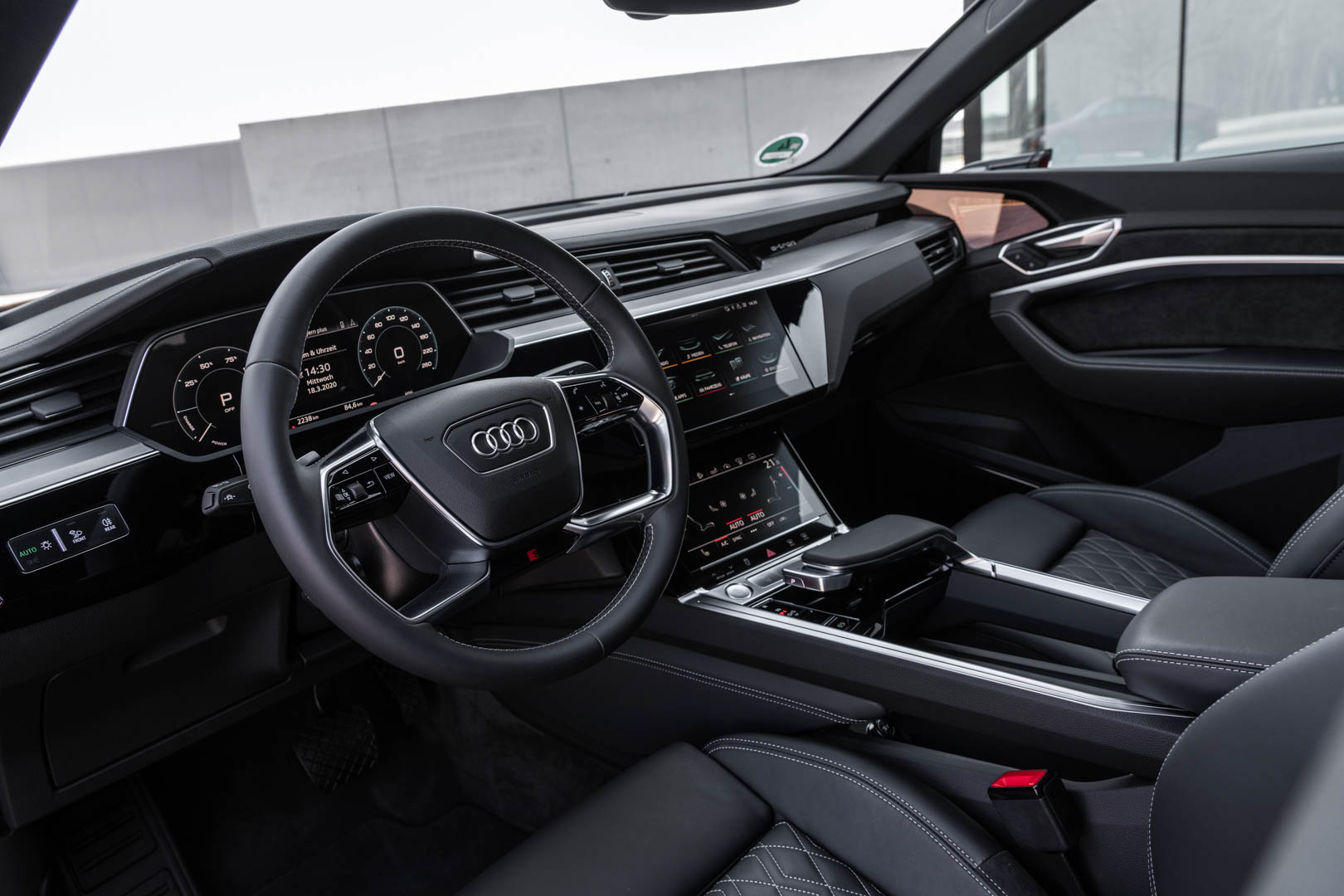 Admittedly, it still should have more range, blame the hulking 5,800 lb curb weight of the Audi e-tron Sportback for its poor range. Because the e-tron twins are built on traditional internal combustion engine-chassis, they needed to be modified for EV-duty, which added a ton of weight. That modified chassis, along with a massive amount of sound deadening material and a supremely luxurious cabin bump its weight up to Chevy Suburban levels.