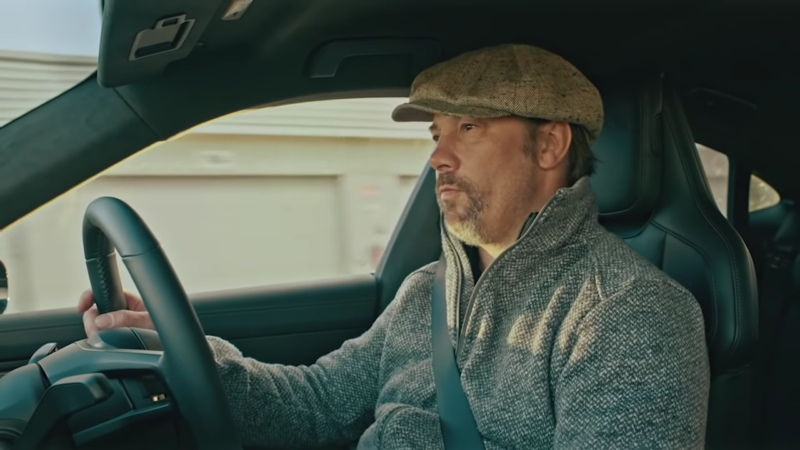 He’s traded his oversized beanies and breathable track suits for a warm tweed ensemble. Jay Kay, better known as the lead of funk/acid jazz band Jamiroquai, has come to appreciate the quieter parts of life and, like the change in his choice in clothing, he’s moved on from purple Lamborghinis to softer sedans.

Jay admits he’s gone through a transition that’s left him a bit more conscious of his mortality than he was as a pop star in his raging twenties. It’s interesting then that he’s been selected to test the Taycan Turbo S at one of Britain’s greatest tracks: Silverstone. Does a man of his experience and standards (he’s owned every fast car under the sun) have something unique to say about Porsche’s newest, quietest usurper of thrones?

Impressed but still looking ready for a nap, Jay accrues speed without trying.

As it turns out, he hasn’t traded all his daring for security.

Fortunately, Porsche’s super sedan suits every one of this multifaceted rock star’s personas. It’s quiet, civilized, surefooted, and reassuring. Its speed is deceiving. Due to the way it cossets its driver, Jay seems genuinely surprised—though not shocked—that the 2.5-ton sedan repeatedly hits 125 miles per hour without any effort.

The reason emotion is kept to an appropriate minimum during these surveying laps is due to the way the Taycan tunes out the little irritating noises usually made obvious after removing a combustion motor’s purr. The noises of the tires, wind, and minor bits clanking around don’t make their way into the cabin—and so the experience is calming.

It can appeal to the rockstar in us, too. Frightening, immediate, savage power needs to clutchwork or even pulls of a paddle. Up until about 130 miles per hour, the Taycan’s shove is surreal—and even quick enough to keep the 992 Turbo S in check. Jay’s a man who could’ve been a racing driver had he not been a musician, and even the otherworldly acceleration of the Taycan makes him giggle like a schoolboy. 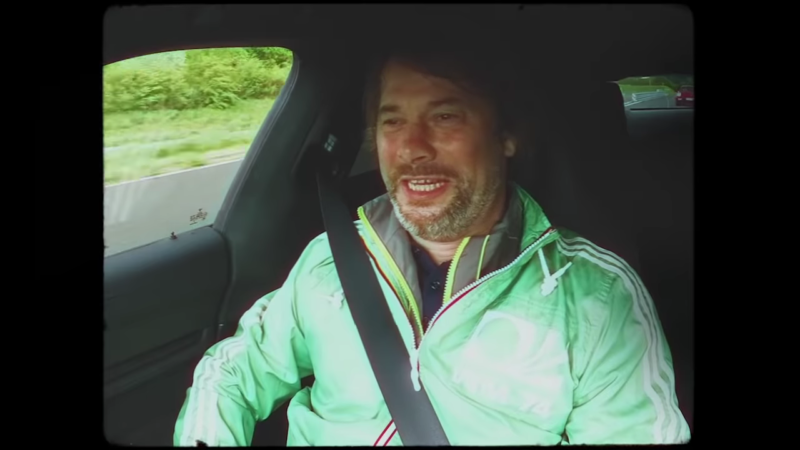 Where it might be limited slightly is in its cornering performance—though the rear-wheel steering, torque vectoring, and roll stabilization does help it belie its 2.5 tons. It has no right to drive the way it does, but as we can see, Jay’s a little more cautious than you’d expect from the famously energetic man—who’s also surprisingly talented driver. Maybe he’s just settling into middle age softly, but maybe it was that wet at Silverstone that day.