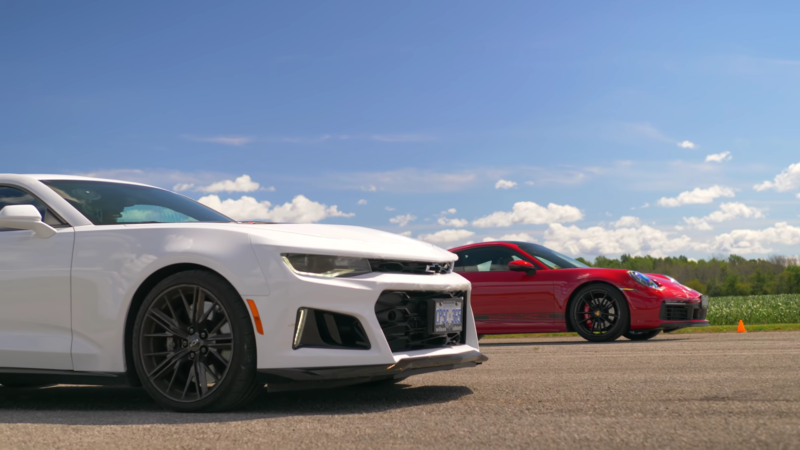 The 911 has proven itself to punch above its weight in many settings. Even a car with more comparable weight and a mid-engined layout has fallen prey to the Porsche’s drag performance. They say Porsche horsepower count for a little more than standard horsepower—and this varied battle between a 992 Carrera S and the Camaro ZL1—two cars separated by roughly 200 horsepower—proves that motorsport maxim.

Despite having two-third the power of its competitor, the Carrera S has a lot going for it in this race. Having an engine to press the driven wheels into the pavement helps the Carrera S reach its straightline potential, as does making its full 390 lb-ft of torque available at only 2,300 rpm. Clearly, the area under the curve is full and, like many of Porsche’s figures, they’re likely a little on the conservative side. In fact, Motor Trend recently tested the 992 Carrera S on the dyno and learned the 3.0-liter turbomotor made a bit more than advertised. 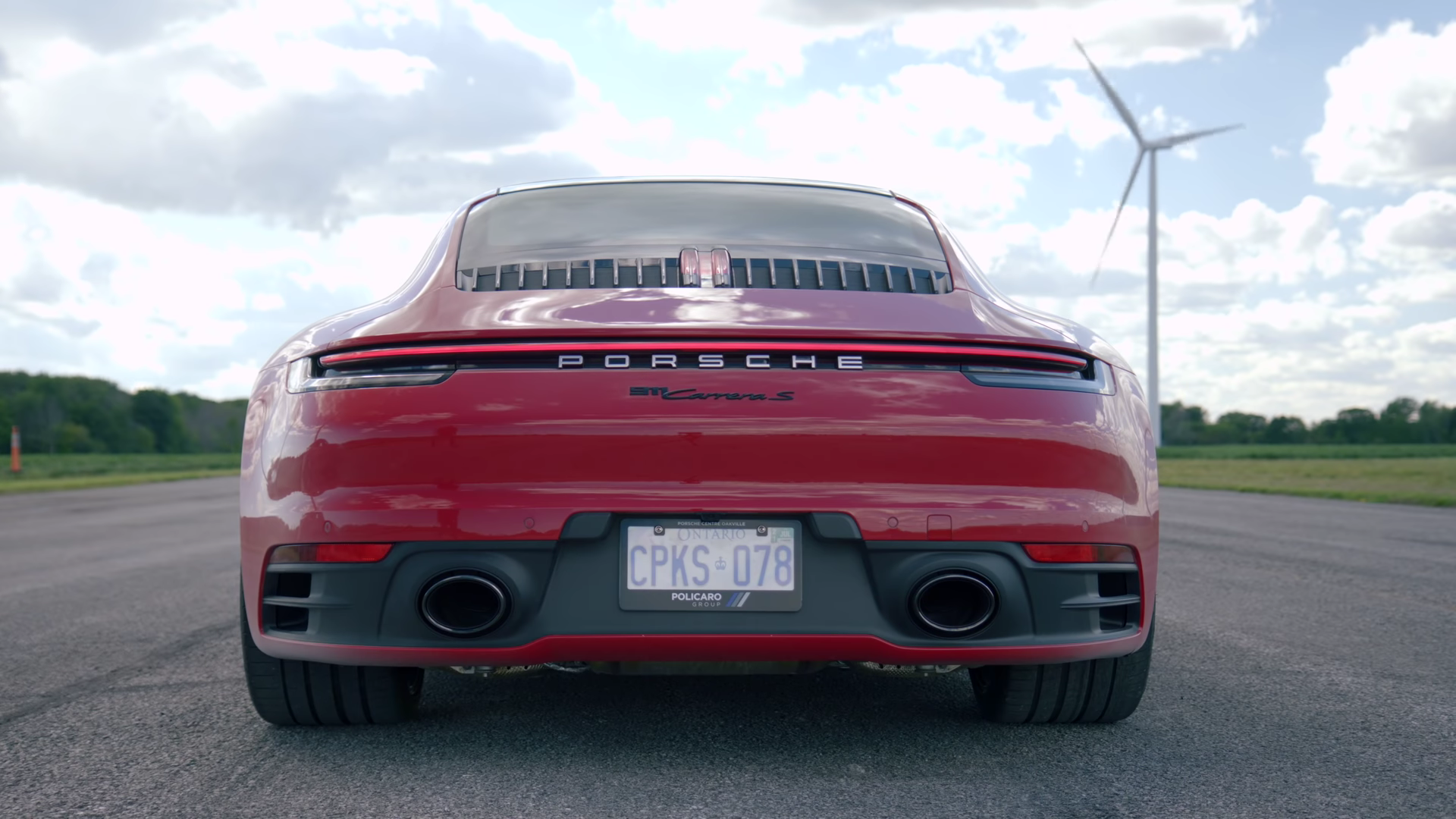 Though it may only have 443 horsepower and 390 lb-ft of torque, the Porsche seems to make better use of what’s available to it.

Add the temporary Overboost function, and it’s no surprise that those broad red hips leave the line faster than the Chevy’s swaying haunches can. The Camaro may have the on-paper performance to sway plenty in the showroom, but on this VHT-free airfield, the front-engine, rear-wheel drive Camaro is at a disadvantage. In such a casual setting, innate traction is a major decider in the outcome of short-distance drags.

Interestingly, even rolling races suit the 911. It simply scoots along from the start—better gearing helps there—when the Camaro’s in full stride and using all its 6.2-liter provides it. But, past a certain point, you can’t argue with grunt—which is why you can’t write off either car in what might be the closest drag battle Throttle House‘s ever released.