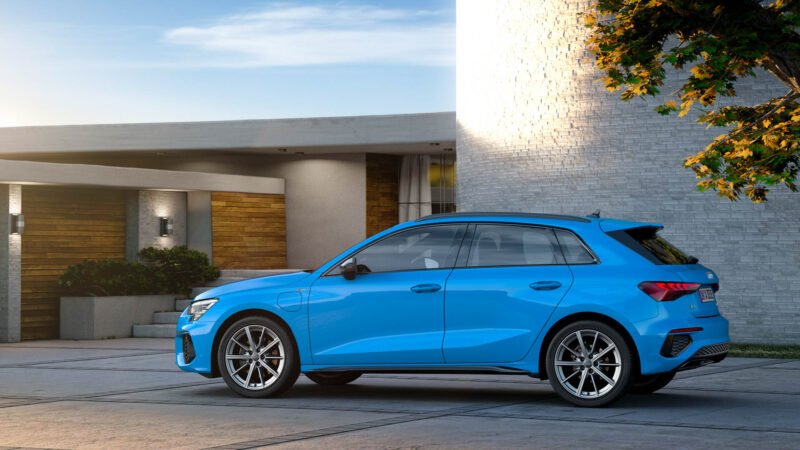 One of the first Audis I ever reviewed doing this job was the first-generation A3 e-tron. It was a fine car but a disappointing hybrid, as it had almost no functional real-world electric range and was painfully slow. However, Audi has set out to rectify that with a new model, one that seems like multiple massive leaps forward — the Audi A3 Sportback 40 TFSI e.

Not as catchy of a name as the old model, though, is it? Audi needs to work on its hybrid naming structure but that’s a discussion for another time.

Not exactly hot-hatch levels of power but this is an efficiency-minded hybrid. However, that doesn’t mean it’s slow. The A3 Sportback TFSI e can get from 0-62 mph in 7.6 seconds. That’s not quick but it’s not exactly slow, either. It’s just enough for a hybrid, honestly. Where the hybrid A3 really shines is in just how little fuel it uses, returning 1.5 and 1.4 liters of fuel per 100 kilometers (156.8–168.0 US mpg).

Both of those powerplants drive a six-speed dual-clutch gearbox and power just the front wheels. There’s also a clever electric oil pump that keeps gear oil pumping through the transmission even when the gasoline engine is powered down during EV driving. 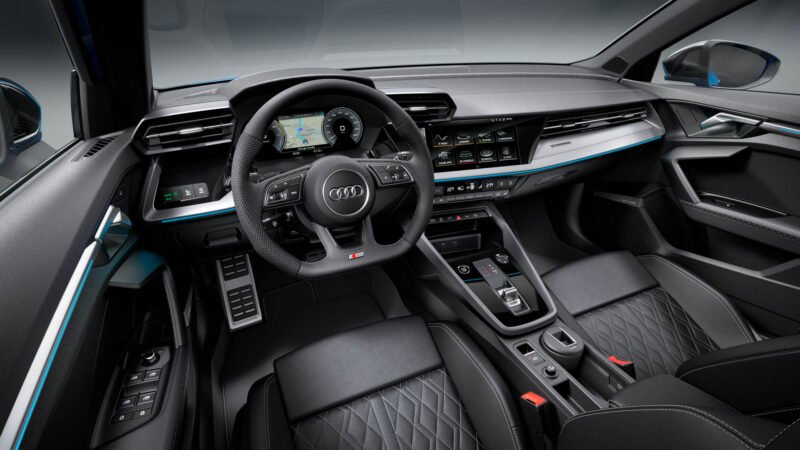 Speaking of EV driving, underneath the floor of the Audi A3 Sportback TFSI e (there has to be a better name, right?) is a 13 kWh battery pack, which is almost 50-percent larger than the previous A3 hybrid’s. That gives it a WLTP-rated 41 miles of range, which is actually quite good. Admittedly, the WLTP is extremely forgiving, so it might not actually achieve that in the real world. 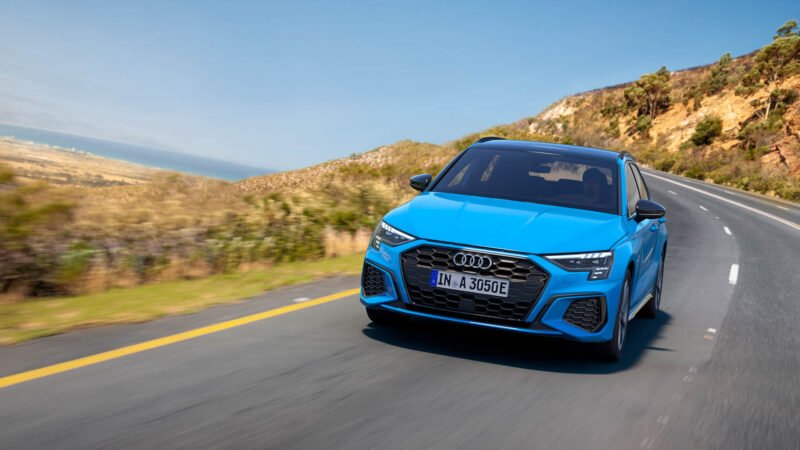 Lastly, and this is my favorite, if you put the car in “Dynamic” on the Drive Select, it uses the both both the gasoline engine and electric motor, for the sportiest driving. In this mode, if you floor the accelerator enough to engage the kickdown button underneath, you’ll get full-boost torque for up to ten seconds, which is how you get its fastest 0-60 time. When you lift off the throttle, you get max regenerative braking as well, giving you more of a one-pedal driving feel. The regen brakes can pull up to .3 gs of braking, so unless you’re really coming to a stop, you won’t have to use the physical disc brakes.

Don’t expect to stand out from the crowd, though. If you’re looking for a hybrid to show off to you’re neighbors just how green you are, the Audi A3 Sportback TFSI e is not the car for you. It’s a great looking hatchback but that’s because it looks like a normal Audi A3. Aside from the front charge port, there’s really no way of knowing that the hybrid A3 is any different from any other A3.

Same goes for the inside. Aside from the hybridized Virtual Cockpit, there really aren’t any indicators that you’re in something with batteries. That’s not really a bad thing, as the cabin is lovely, but it’s no more special than the standard car. 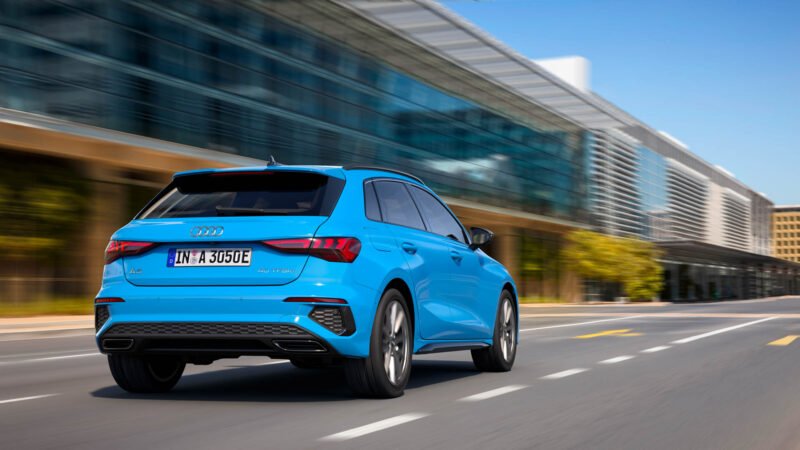 We don’t know for sure if this new hybrid Audi A3 will be making it to North America but we have heard that it will. If so, it will be the only Sportback version of the A3 sold here, which will automatically make it the coolest version.

This seems like a big upgrade over the previous gen Audi A3 e-tron. While that car was an afterthought, built on a chassis that was never designed for hybridization, this new car is built on a chassis that had hybrids in mind during its development. So it’s more cohesive, more high-tech and has far more range. It’s finally a hybrid hatchback from Audi that can be used by the masses. 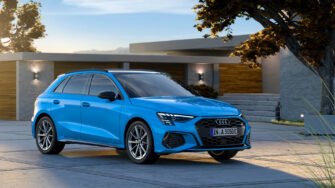 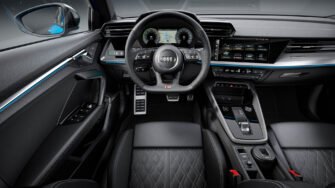 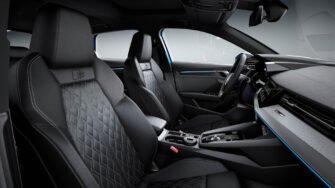 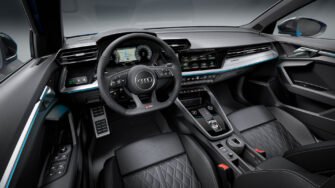 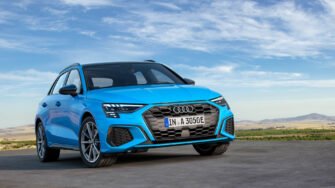 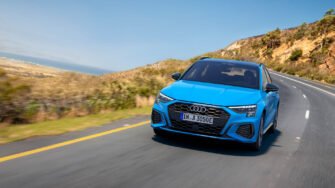 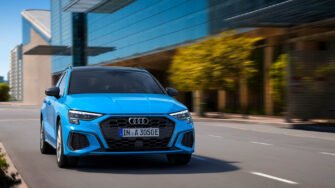 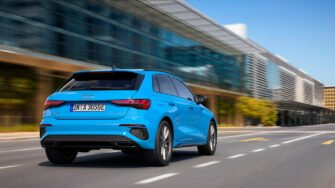 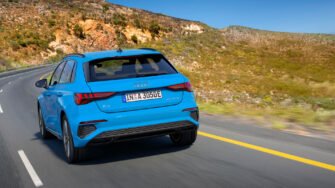 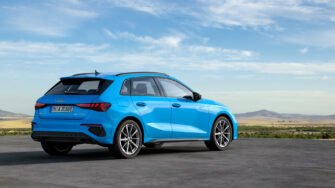 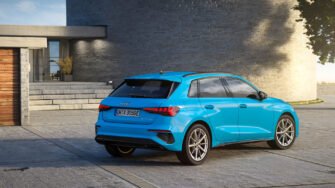 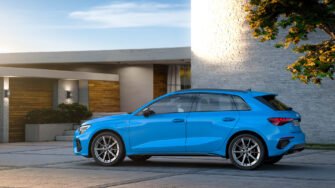