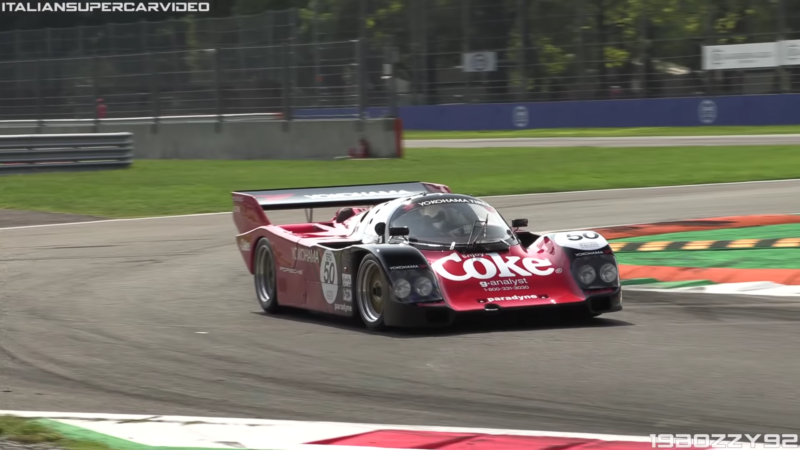 Norbert Singer once noted how differently the IMSA-spec 962s sounded from their WSC counterparts. The reason why: a different turbocharger and exhaust arrangement made a major impact on sound. In this stimulating footage, we get a glimpse of just why the North American variant was such a capable car on long, fast tracks.
When the 956 was considered for North American IMSA GTP racing—thanks in large part to Al Holbert—it quickly became clear that the swoopy Porsche making waves across the Atlantic would not be eligible for competition without serious modification. As 956 was banned in the US series on safety grounds as the driver’s feet were ahead of the front axle center line, the 962 was born as an extended-wheelbase version of its forebear to move the front wheels ahead of the pedal box. A new steel roll cage was also installed to improve safety, as did an interesting honeycomb chassis. Those were worthwhile modifications since the IMSA-spec cars also tended to run a larger snail with a violent delivery.

At the time, IMSA was struggling to to keep the American V8 alive in this time of rapid technological improvement, and so the rules were shaped around limiting engine sophistication. Therefore, many of their prototypes ran two-valve, single-turbo “stock block” motors.

Though it’s thought that the twin-turbo configuration was banned from running in IMSA, that’s not exactly true. Twin-turbo engines were not ruled out of IMSA GTP, however, like four-valve engines, they were considered “race engines,” and the twin-turbocharged motors were penalized with a lower displacement limit. 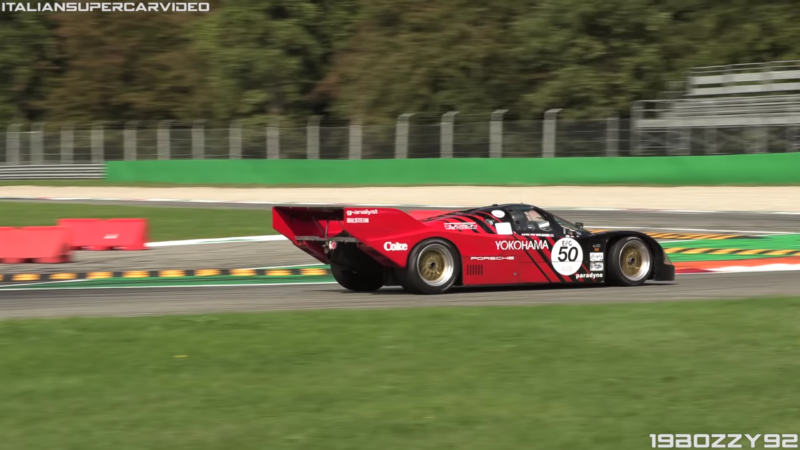 A different exhaust layout and single turbo change the note to something a little more sportbikish.

To conform with IMSA regulations and remain competitive, the Type-935 2.65-litre twin-turbo flat-six was replaced by a single-turbo flat-six with a capacity that varied according to the year and rules (from 2.8 to 3.2-liters). This car features an air-cooled turbocharged 3.2-liter flat-six making a conservative 590 horsepower—though it was able to produce up to 700-750 horsepower in its heyday.

Designing an effective exhaust for an engine as wide as a flat-six with a centrally mounted turbo was no mean feat.

There were other modifications made to this mega-successful member of the 956/962 family. This particular car, 962-C04, features former Lola engineer Jim Chapman’s stronger tubs, which uses aluminum sheets sandwiching a honeycomb structure and a billet-aluminum rear bulkhead. This seriously increased stiffness. In fact, this addition became so popular that the 962 began to be renamed and differentiated from the original Porsche ones; the “C” in its name designates a Chapman tub.
In the U.S., the 962 wasn’t the fastest car for long, but it remained stronger longer than most. Once the Nissans and Toyotas brought in factory backing, lesser machines might’ve been scrapped entirely—but not the 962. After its last win at Road America in ’93, the 962 started its decline, though it was still a sight at IMSA GTP races for a couple more years. 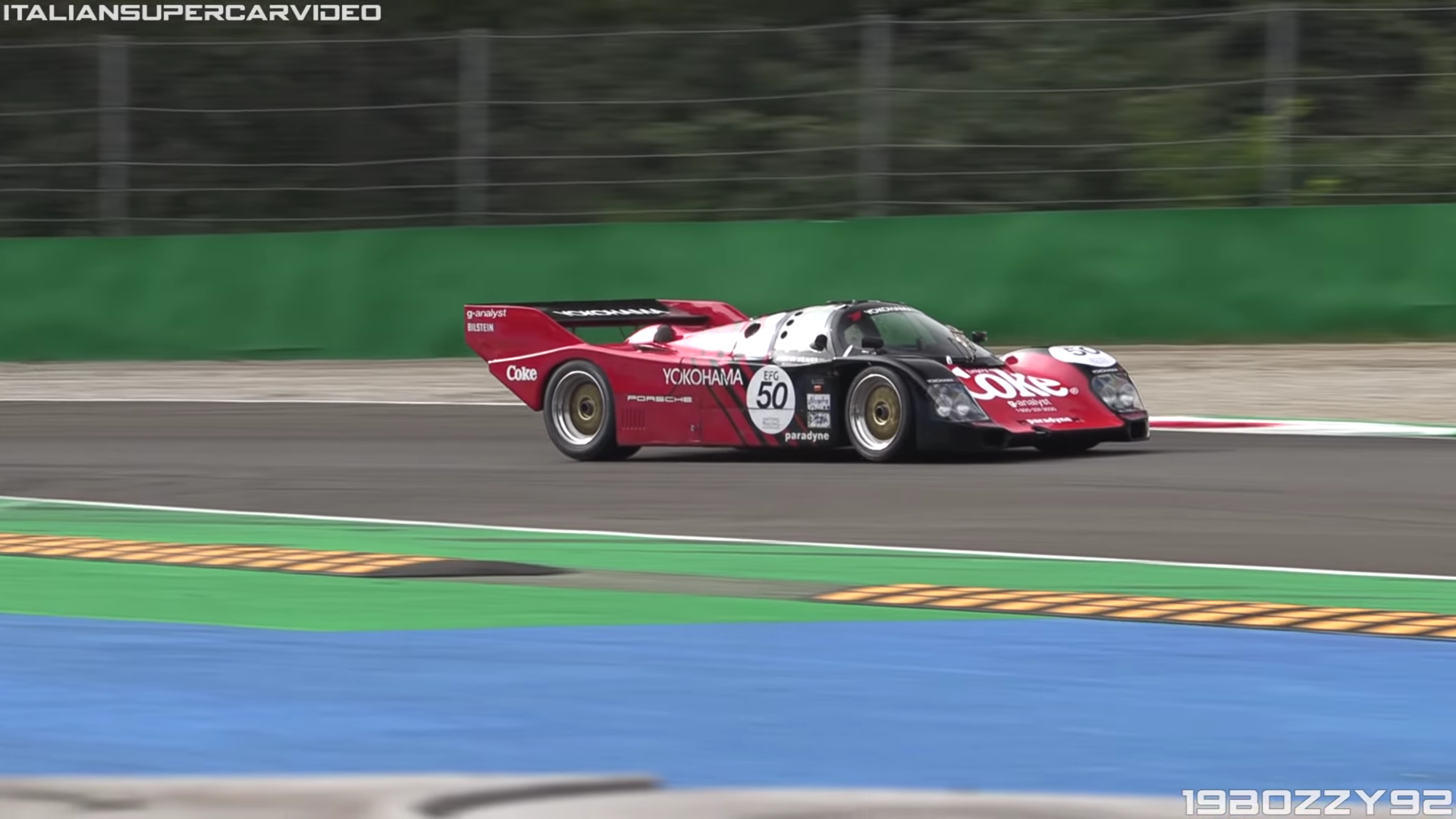 The bulges and snorkels atop the rear clamshell are giveaways this ran in IMSA GTP.

Since most racing cars’ careers last two years at most, this long-distance runner should be considered to have one of the greatest combinations of reliability, power, driveability, and sheer speed in all of motorsport. That blend of qualities, as well as a handful of talented privateers and their innovations, kept his slinky stunner competitive much longer than any car at this level of competition should be.