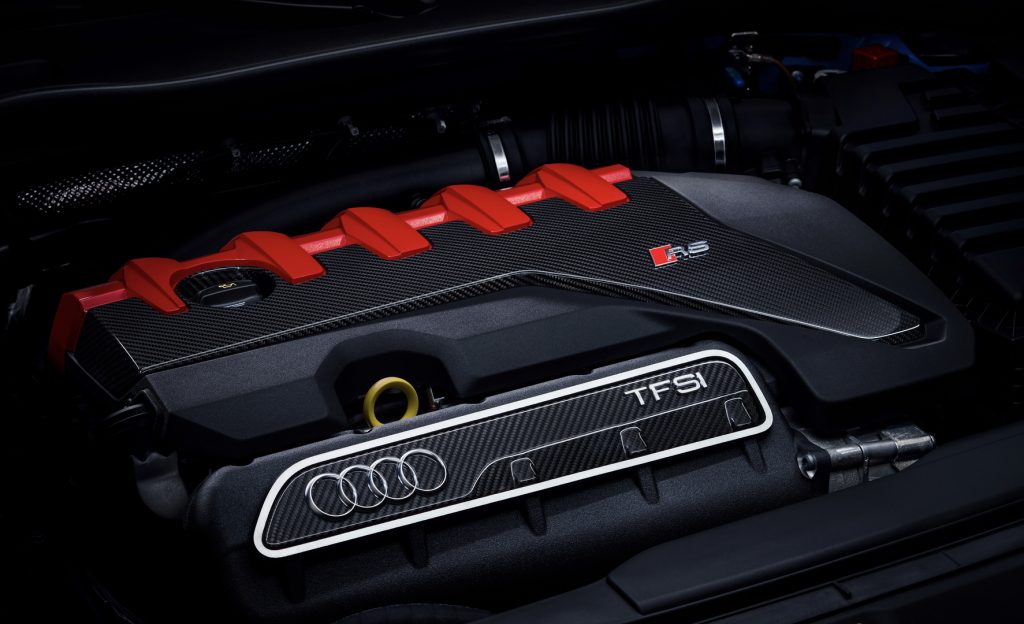 The Volkswagen Golf R is one of the most popular sports cars among tuners. Reason being is that its 2.0 liter turbocharged four-cylinder engine is capable of making incredible amounts of power and its all-wheel drive system provides the requisite grip. It’s the same engine that powers the Audi S3, so the same can be said of that car. Having said that, there is a ceiling on the little four-pot’s power potential. So why not upgrade to an even better Audi engine?

This Volkswagen Golf R is actually powered by the same turbocharged five-cylinder as the Audi RS3 and makes a whopping 600 horsepower. Among brand-new supercars, 600 horsepower barely gets you into the club. However, that much power in a car the size of a shoe is plenty. More than plenty. More than that, the 2.5 liter turbo-I5 in the Audi RS3 and now this VW Golf R makes a much better noise.

As-standard, the Audi RS3 engine makes 400 horsepower, which is already enough to help it get from 0-60 mph in under four seconds. So imagine adding 200 horsepower and dropping weight? Hitting 60 mph in the two-second range might not be out of the question.

In this new video, the RS3-powered Volkswagen Golf R rips through the half-mile in just 17.58 seconds, which is seriously quick for a little hatchback. On the road, it must be a stop-light monster, as it’s fast enough to crush anything but the fastest of modern supercars and it looks so unimposing.

With its standard black paint and gold wheels, it looks about as normal as any slightly modified Golf R. It doesn’t even sit very low, has no noticeable exterior tweaks and even sounds rather tame. Admittedly, it sounds incredible but it isn’t crazy loud and it doesn’t attract too much attention. It does sound sensational at speed, though, with a far more exotic sound than the standard four-pot.

While it might not be the most economical way to go this fast, if you own a Volkswagen Golf R and want to go a bit faster, with a more exciting engine, maybe look for an RS3 engine because, while expensive to install, the end result is sensational.