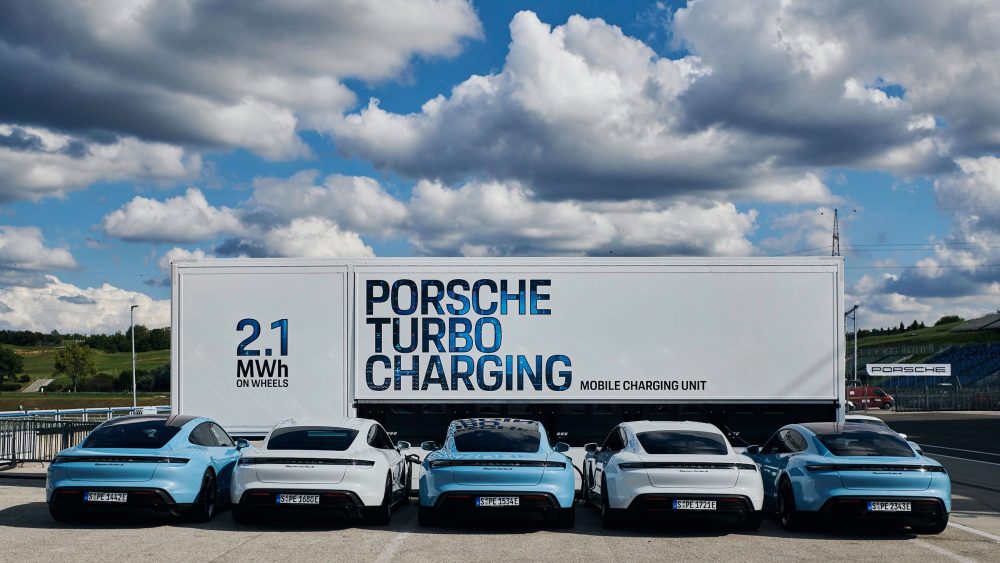 When a group of thirsty Taycans, say, place a charging large demand in one area, the infrastructure is not always up to the task. To address this lack, Porsche teams with German company ads-tec to produce seven mobile charging trucks to suit cars at track days and less populated areas with minimal demands placed upon the greater supporting network—just the next step in expanding their vast charging network.

Along the seven trucks, the two have in producing the mobile charging trucks as well as the proprietary charging system and buffer storage unit. Each truck has a power rating of 3.2 megawatts, which is enough to supply ten Taycans simultaneously with maximum-speed charges. 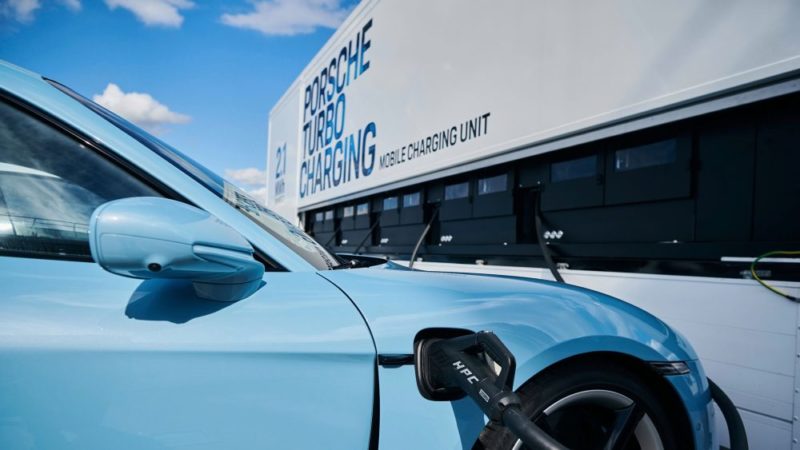 The battery buffer storage unit has a capacity of 2.1 megawatt hours, which is enough to charge up to 30 Taycan by each energy storage unit. Drawing from the local power grid, the trailers can be recharged very quickly – under good conditions, they are fully charged again within four hours. Clearly, the mobility of Porsche’s electric fleet depends upon rapid, convenient, pragmatic charging systems like these.

Customer driving programs for the Taycan, including the Porsche Ice Experience, are reliant on these new mobile networks. This new technology was demonstrated last week at the Hungaroring outside of Budapest, where new Taycan owners partook in a “Soul on Track” afternoon to experience what the Taycan on a very technical, relentless, demanding F1 circuit. 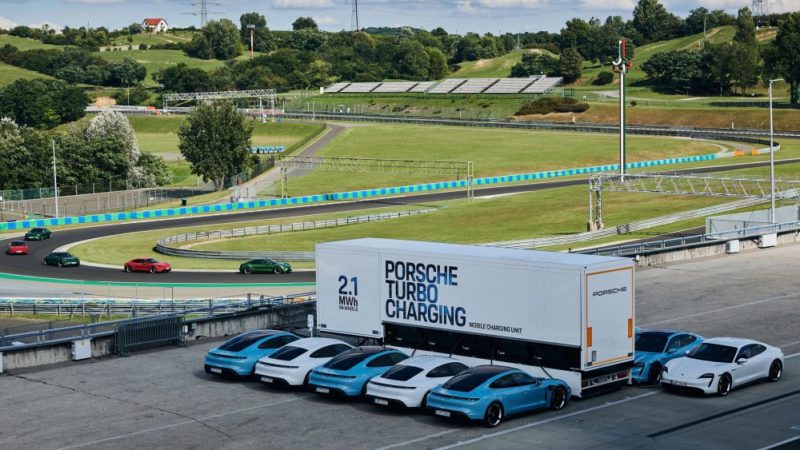 “We have now used the trucks at numerous events all over Europe and have carried out around 5,000 charging operations – sometimes at extreme temperatures down to minus 40 degrees. Their performance has therefore been tried and tested,” says Ragnar Schulte, Director Experiential Marketing at Porsche.