The idea of a small electric crossover might not exactly be thrilling to most enthusiasts but the upcoming Audi Q4 e-tron and its sportier looking e-tron Sportback sibling are likely the most important upcoming cars for the entire Audi brand. Seen here in these new spy photos, we get a look at both of the upcoming e-tron twins in action. (We don’t own the photos but they can be seen here)

What’s interesting about these photos is that we can see the differences between both cars’ styling. The standard Audi Q4 e-tron is clearly more traditionally shaped, with its typical crossover roofline and styling. While the Q4 e-tron Sportback has a more aggressively raked roofline, giving it a bit of a Tesla Model X-like egg-shape.

Another interesting styling note is the fact that neither car looks anything like the Volkswagen ID.4, which just made its official debut. They have unique Audi styling, which is important if Audi wants to sell the Q4 as a more premium vehicle.

Powering both cars will likely be one of the electric powertrain options seen on the aforementioned ID.4. So expect an entry-level model with just a single motor at the rear axle, making it rear-wheel drive of course, and about 201 horsepower and 228 lb-ft of torque. That will be paired with a functionally 77 kWh battery pack and 250 miles of EPA-rated range.

We say “functionally” for its 77 kWh because the battery pack is actually 82 kWh but only uses 77 kWh of it. The reason for that is to keep some reserve cells, so when some battery cells do eventually die, they’ll be replaced. Thus allowing the Q4 e-tron to keep the same range as its battery degrades.

There will also be an upgraded all-wheel drive model, with a motor at each axle, making 302 horsepower. 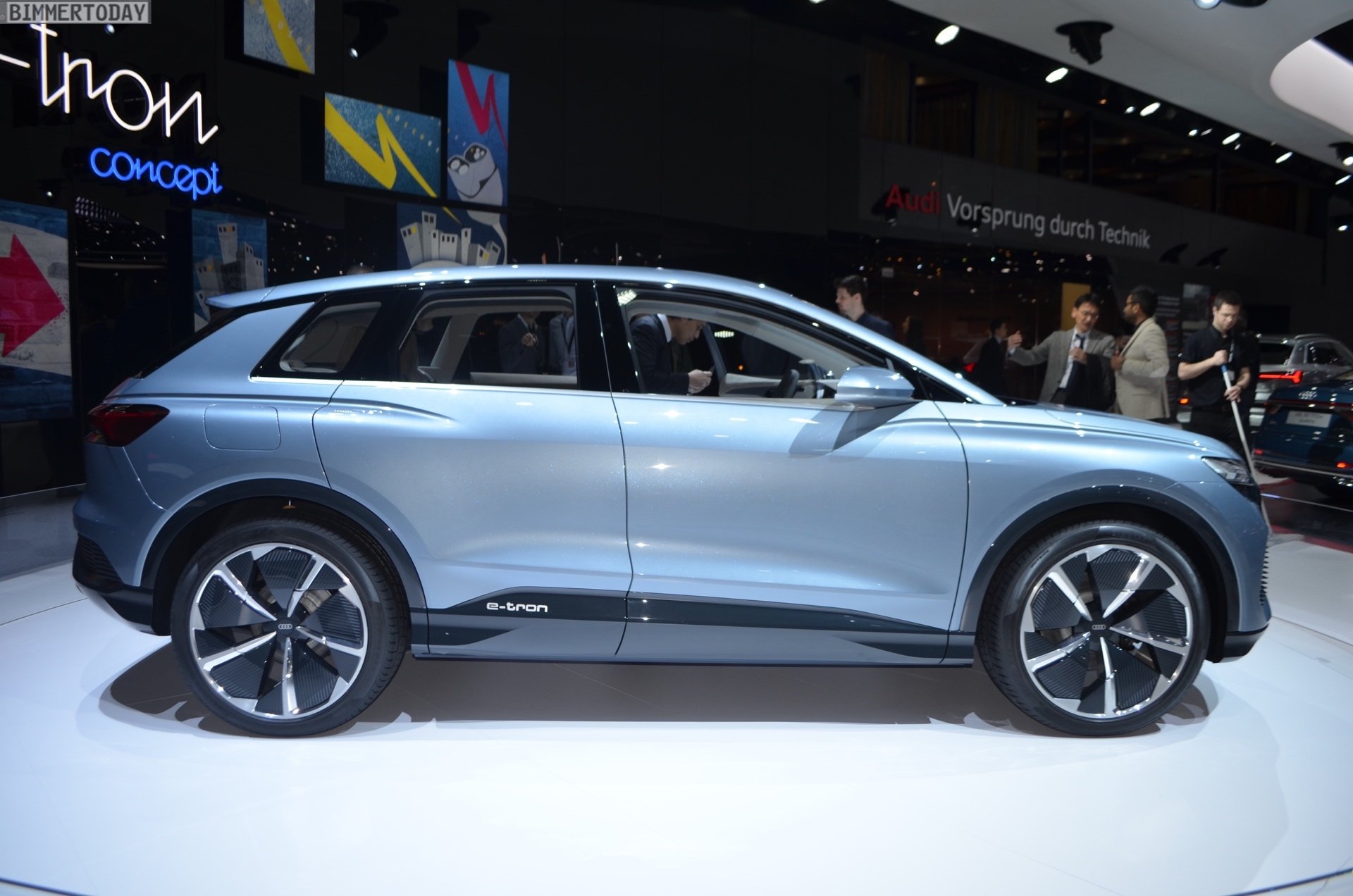 At the moment, there aren’t any official specs or pricing, so we’ll just have to wait until both cars are revealed. Thankfully, that shouldn’t be too far from now.