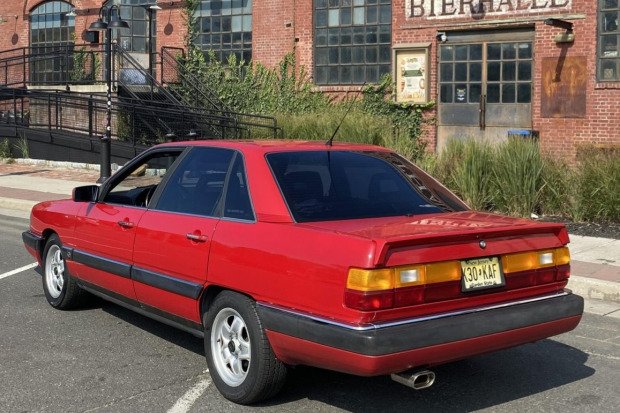 The ’80s seemed like a blast. I was only a year old when the ’80s became the ’90s, so I didn’t get a chance to experience what seemed like the most fun decade in history. Everything about the ’80s was so unabashedly proud to be from the ’80s. I’m not sure if there’s ever been a decade where everything; cars, music, clothes, TV; was all so instantly recognizable as being from that period in time. Much like this Audi 5000CS Turbo Quattro that’s for sale on Bring-A-Trailer.

Just look at its wedgy design, its boxed off wheel arches, the lip spoiler and its plastic-fantastic interior. It’s wonderful in the most fun and absurd ’80s way.

This specific car actually seems to be in great shape. it has 177,000 miles on the clock, which isn’t too bad considering its age. Hell, my 2005 B6 A4 has almost that many miles on it and this 5000CS looks to be in better shape than my car. Maybe that just says something about my car…

Powering the Audi 5000CS Turbo Quattro (the German couldn’t help long names even back then, huh?) is a 2.2 liter turbocharged inline-five, similar to the one that powered the Ur Quattro. We don’t know how much power it makes, due to the fact that it has an aftermarket ECU chip installed. However, it made 158 horsepower when new.

That engine is paired with a five-speed manual and powers you guessed it, all four wheels. It also gets locking center and rear differentials, which is awesome. 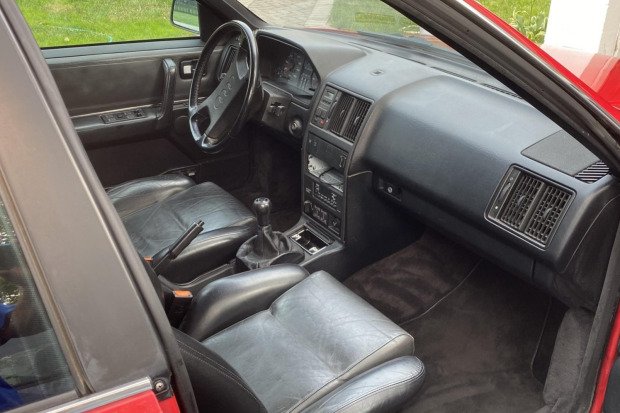 The auction just started today, at the time of writing this, so there are seven days still left. As of right now, no one has bid, so now’s your chance to be the first, bid on this car and potentially get transported back to the ’80s. Now you just need an obnoxious hair cut and some neon-colored pants.

The post Let this Audi 5000CS Turbo Quattro Take You Back to the ’80s appeared first on QuattroDaily.