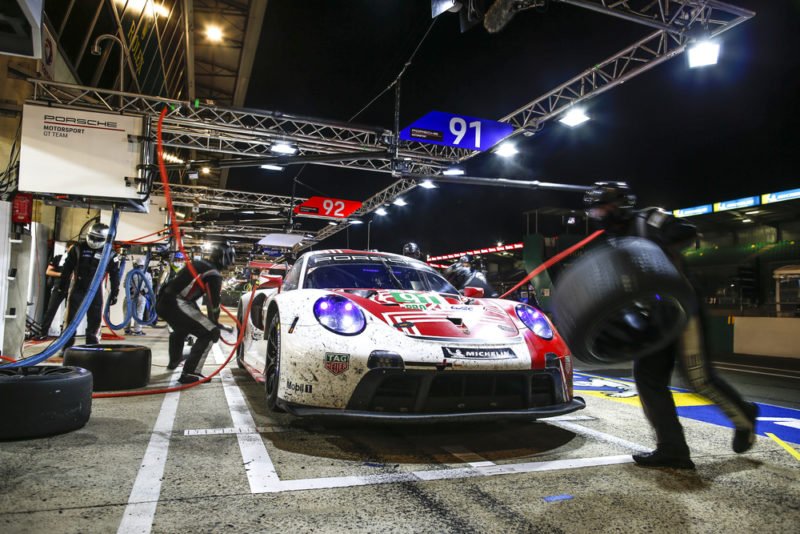 It became pretty clear from watching the 24 Hours of Le Mans last weekend that while the FIA was taking the looming threat of the global coronavirus pandemic quite seriously—including running the race without spectators and extremely limited media—some of the drivers and team members were quite lackadaisical about the distancing and masking restrictions. I get it, it’s difficult to spend a week in France with hundreds of racing drivers and team members from all over the world and not conduct a bit of camaraderie-building. But the end result is further spread of this incredibly infectious airborne disease, and the knock on effect is that Porsche will not be sending its nine factory drivers which participated in Le Mans to the Nurburgring 24, and it also means outright withdrawal from the IMSA event at Mid-Ohio this weekend (which is due to be run with 6000 fans in attendance).

Porsche has not confirmed which of its team members have tested positive for COVID-19, but as a precautionary measure has preemptively pulled drivers Richard Lietz, Patrick Pilet, Romain Dumas, Matt Campbell, Michael Christensen, Kevin Estre, Thomas Preining, Matteo Cairoli and Julien Andlauer from competing in the 2020 running of the Nurburgring 24, which affects six different customer racing teams and has forced the infamous “Grello” Manthey Racing team to withdraw from the race altogether.

“We, our ‘Grello’ and the Nordschleife belong together,” Manthey managing director Nicolas Raeder said. “But under the circumstances, it’s obvious to us all at Manthey Racing that the health of everyone involved in the 24-hour race takes priority.”

The KCMG racing team had four of its eight driver lineup nixed by this decision, but Porsche is thankfully sending in reinforcements for them in the shape of Earl Bamber, Timo Bernhard, and Joerg Bergmeister, the three lone Porsche sportscar factory aces which were not competing at Le Mans this year. The Falken Tire Porsche teams lost one driver in each car and will continue on with the race running just three drivers in each instead.

Speaking of Earl Bamber, he was due to contest the Mid Ohio round of the IMSA WeatherTech Sports Car Championship this weekend, but being that all three of his 911 RSR teammates have been placed in a non-racing quarantine, that entry has been scrubbed from the docket altogether. It’s a shame because Porsche has traditionally done well at Mid Ohio, and the team could desperately use some good results, but safety first is always the motto.

“Based on yesterday’s decision that no employee or racing driver of our Le Mans team will participate in the Nürburgring 24 Hours, we have today decided that this ruling will also apply to the upcoming IWSC race in Mid-Ohio,” said Fritz Enzinger, Head of Porsche Motorsport. This means that Laurens, Nick and Fred will not be traveling to the USA. This is very regrettable, but we would like to emphasize that in this case as well the health of all those concerned is the prime focus of the decisions we have taken.”

We obviously wish everyone affected a quick and healthy recovery. As annoying as it might be for us fans that our favorite teams and drivers won’t be participating in some of the biggest events in racing this weekend, it’s better that Porsche acted quickly and pushed to quell the virus rather than risk further contact spread at another 24 hour event, or bringing more of the virus home to central Ohio. We may be disappointed in the lack of Porsches this weekend, but we have to be proud of the actions of the team. Well done, Porsche.