Skip to content
Latest News
My Classic Car Story: Building our own collection
Drag racing returns to Detroit’s Woodward Avenue
Corvette Racing at Watkins Glen: Glad to be Back
Porsche Design Adds New 911-Inspired Colors To Its Luggage Collection
250,000 km and 100 countries in 5 years in a Mercedes 190 D
Audi’s Last Engine Ever Will Come in 2025 and Will be its Best
Audi to Phase Out Internal Combustion Engines by 2023
Bang & Olufsen x Saint Laurent Announce Its New Audio Collection

At the moment, European Audi enthusiasts are rather excited about the newly released Audi SQ7 and SQ8 TFSI. Prior to the SQ7/SQ8 TFSI, Euro customers had to buy the SQ7 an SQ8 TDI models. While good, those diesel performance engines lack the thrill and excitement of petrol-powered ones. So now that Audi has replaced the diesel models with TFSI, gasoline-powered ones, European customers are very happy.

In this latest video from Auditography, we get to take an up close look at the Audi SQ7 TFSI in Atoll Blue and you can see why Audi fans are so excited.

The newly facelifted Audi SQ7 is a great looking SUV that looks both sophisticated and aggressive. What makes it even better now, though, is the fact that it no longer uses a diesel engine. Now, it gets a 4.0 liter twin-turbocharged V8, the very same one that powers the Audi S8. So it makes 500 horsepower and 568 lb-ft of torque and it helps the SQ7 get from 0-60 mph in just under 4 seconds.

It also looks great from the inside. Audi’s current crop of cabins are very modern, very high-tech but also simplistic and clean. So while there’s a ton of tech inside, it doesn’t look overwhelming. It’s just a nice, simple design with modern lines and sharp angles. In the SQ7, it looks very good. 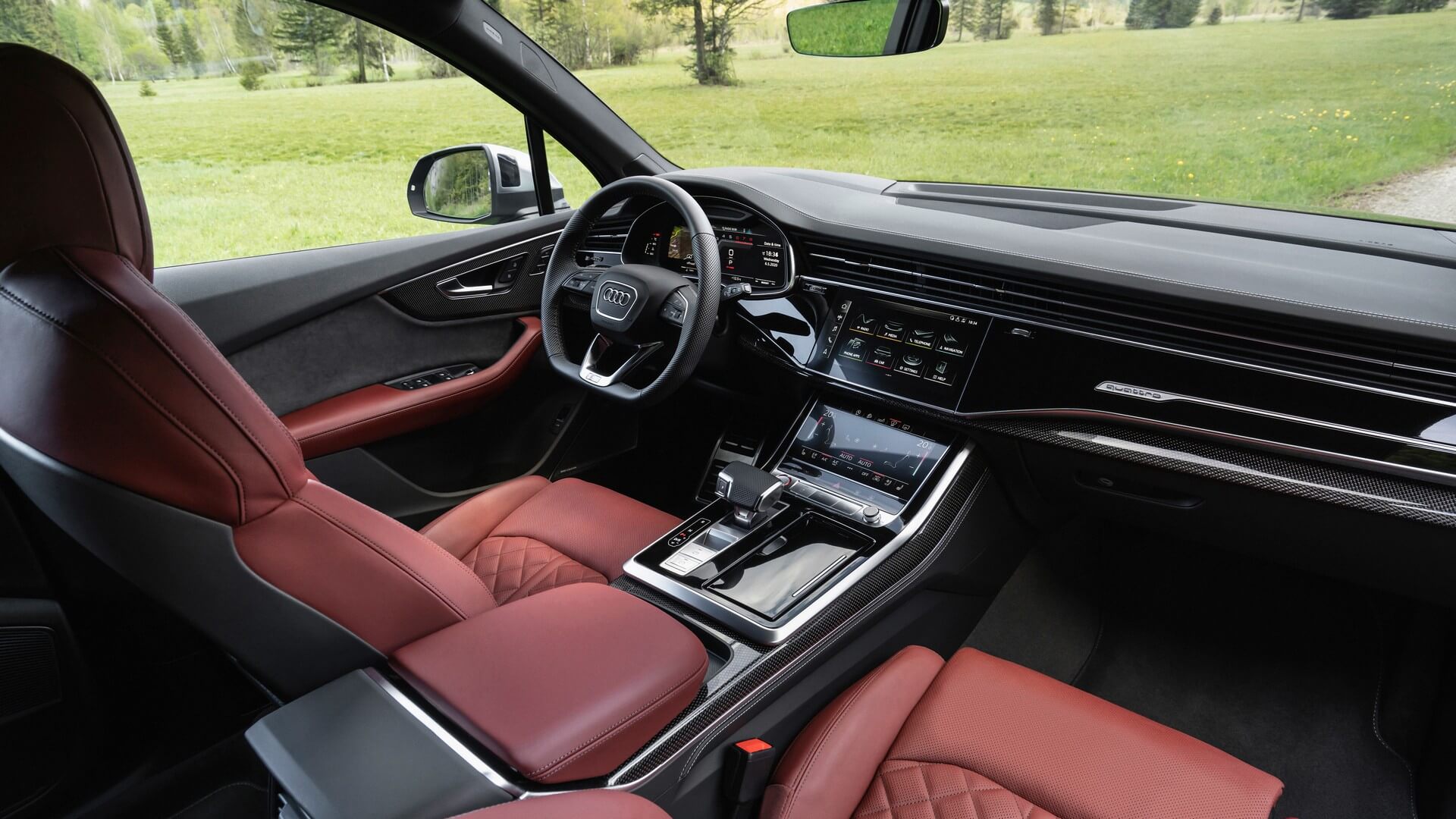 Thankfully, it also gets real exhausts. Audi has made a bad habit of putting fake exhausts on a lot of its modern cars, even on some performance models, such as the SQ5. However, the SQ7 gets real pipes and the noise that comes out of them is great. Admittedly, it sounds a bit muffled in this video but that’s mostly due to the exhaust particulate filter mandated by European regulations.

Now that the Audi SQ7 uses a gas-powered V8 engine, it’s among the coolest performance SUVs on sale in Europe at the moment.