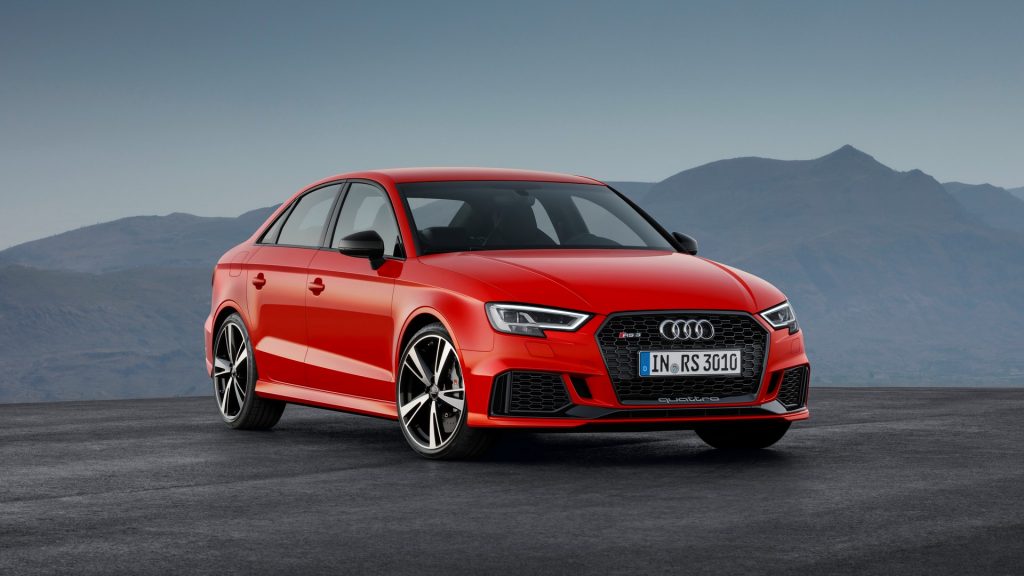 This is the RS3 we’re waiting for, here in the North American market. Because our customers are irrational, the won’t buy hatchbacks. Because they won’t buy hatchbacks, Audi won’t sell any here. Which is why we won’t get the RS3 Sportback. However, we will get the Audi RS3 Sedan, which is why we’re excited about these new spy photos. (We don’t own them but check them here)

Unsurprisingly, it looks like an Audi A3 Sedan, just with some more aggressive bits. For instance, its grille is a bit sportier, its wheels are larger and much more aggressive, it sits lower to the ground and it gets a subtle lip spoiler at the back. It also gets Audi Sport’s signature oval tailpipes.

As subtle as it looks, the bright green paint finish looks great, giving the rather tame looking sports car a pop of vibrancy.

Under the hood, the Audi RS3 Sedan will pack a 2.5 liter turbocharged five-cylinder engine with around 400 horsepower. That engine will pair with a seven-speed dual-clutch automatic and power all four wheels. Expect 0-60 mph in the mid-to-high three second range and a top speed of 155 mph (limited).

Considering that the current Audi RS3 only just started to show its age against much newer competition, we expect the new car to be among the best in the segment. Its blend of power, performance, grip, style and technology will make it a fantastic overall sports car package. It’s also the sports sort of car that can be used all year long, as the RS3 has always been able to perform in bad weather.

We can’t wait for the Audi RS3 Sedan to be launched here, so we can have another performance car in the segment. Since we don’t get cars like the Mercedes-AMG A45, the Audi RS3 is the only small performance sedan in its class in America.