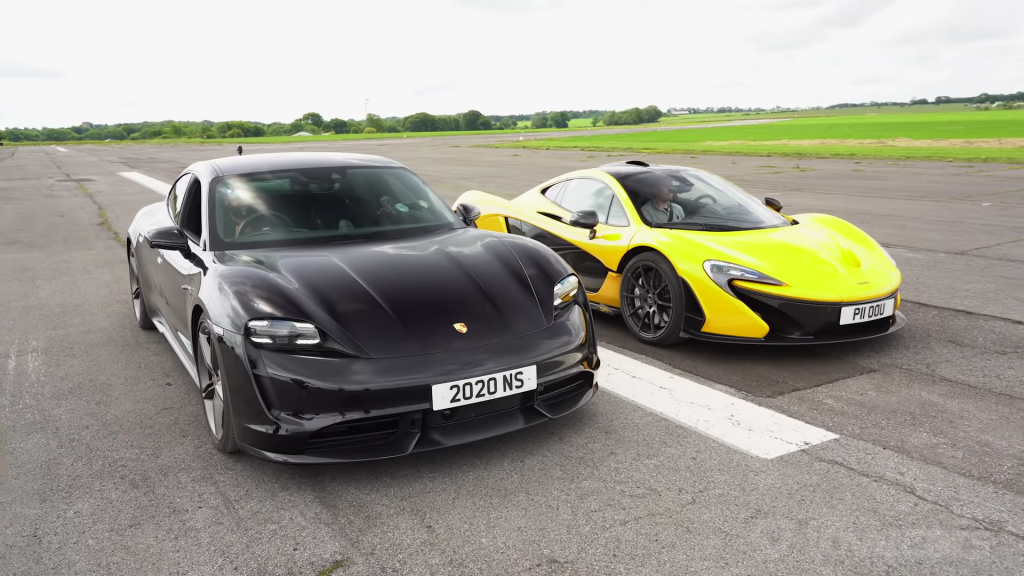 Six years ago, nothing could hope to touch the McLaren P1. It stood atop the hypercar pyramid with the most power, the most focus, and the most space-age design. There’s not many people who would figure something as Buck Rogers as the P1 would struggle against a plush, heavyset, four-door Taycan. However, underneath that sleek, understated hide lie two electric motors making 761 horsepower and 774 lb-ft of torque. It’s that outrageous power, as well as the way the sedan has proven itself against bonafide supercars before, which makes comparing the best of the hybrid hypercars against the king of the electric sedans an intriguing proposition.

Both have a slippery shape. The Taycan’s coefficient of Cd=0.22, lower than the P1’s 0.34, may help its performance at higher speeds. Chalk that up to no emphasis on downforce and no gaping intakes along its swooping back.

A drag coefficient of .22—the lowest of any Porsche production car—helps the Taycan in high-speed runs.

However, as this drag race will start from a dig, traction truly is the limiting factor. Both machines share that low-end torque that should give them a stellar start, but most street tires struggle to turn that electric torque into propulsion—at least from a standing start. 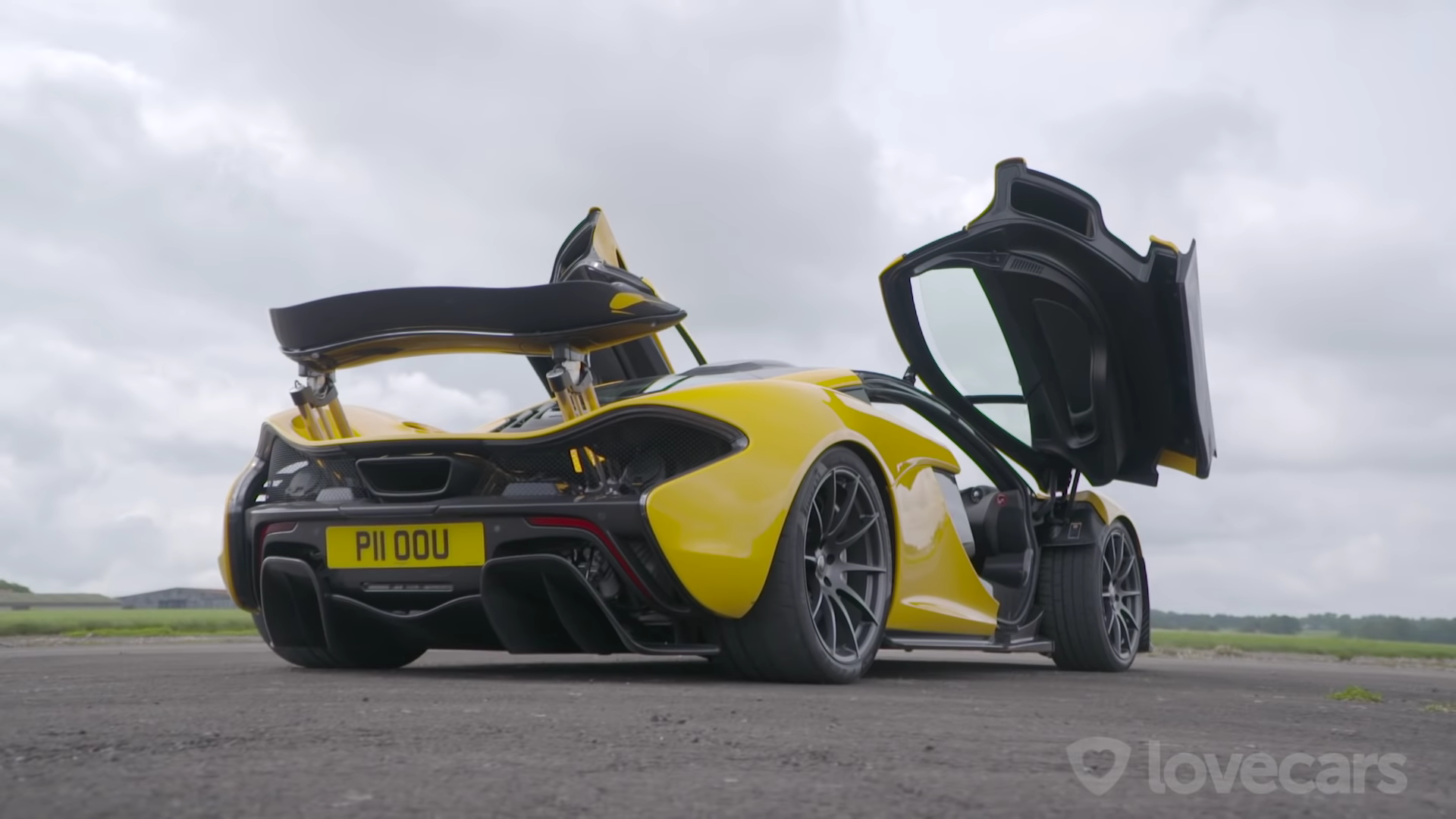 Its twin-turbocharged V8 outputs 727 horsepower and its electric motor makes 176 horsepower for a total of 903 horsepower and 723 lb-ft of torque. While the McLaren sends its power to just two wheels, its prodigious power advantage could compensate for whatever start-line setbacks it might suffer, as long as there’s enough runway to exploit it.

Predictably, the Taycan Turbo S better handles the torque and sprints away without fuss. Once traction stops limiting the P1’s performance, the hybrid hypercar’s simply inhales the Taycan and leaves it standing. A longer runway would better demonstrate what a difference the shape and the power-to-weight ratio of the McLaren makes, but that last-second flyby, reminiscent of 1,000-horsepower Supras leaving their zip code after they find traction, suggests that the gap would grow to an absurd length with any more runway.

Still, cars with such different shapes and intended uses shouldn’t really be so close in a straight line—even if the Porsche is a dragster in disguise. Six years ago, the P1 sat proudly atop the Mt. Olympus of supercars, but now, in 2020, the latest executive sedan from Stuttgart can nearly match it in real-world acceleration. Regardless of whatever excuses employed, nothing can deny that that’s a staggering amount of performance from a plush people carrier.