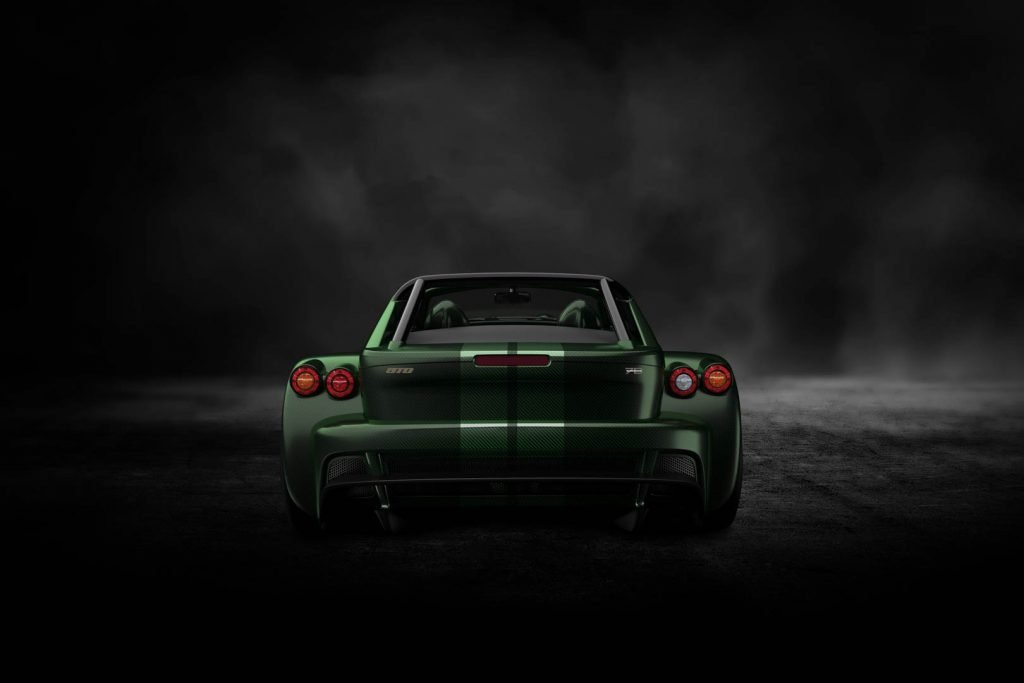 Awhile back, the Donkervoort D8 GTO-JD70 was revealed to honor the 70th birthday of the brand’s founder. The JD70 isn’t the first car from the Dutch sports car brand but it is the most insane, thanks to its extremely low curb weight and Audi-derived turbocharged inline-five. In this new video from Autocar, we get to see what this Audi-powered sports car is like to drive.

That turbo-five is the same engine that powers the Audi TT RS and RS3 but it’s been tuned to a bit more power, putting out  415 horsepower and 384 lb-ft of torque. Unlike in Audis, the engine is mounted longitudinally and sends drive to just the rear wheels via a five-speed manual gearbox. Despite being only rear-wheel drive and using a manual, the Donkervoort can hit 62 mph in just 2.7 seconds.

Helping it get to 62 mph faster than an Audi R8 despite having more than 200 fewer horsepower is the fact that the Donkervoort weighs less than 700 kg (1,500 lbs). That low curb weight is due to its extensive use of carbon fiber and Caterham-like design.

The Donkervoort also gets three-way adjustable Intrax dampers, adjustable anti-roll bars both front and rear and an advanced traction control system. So it can handle every bit as well as it can accelerate, being that it’s able to pull 2G through corners, which is enough to shift your internal organs.

On paper, it sounds like the JD70 should be almost impossible to drive. Except that it isn’t’ It’s actually really nice to drive. The seating position is great, the materials, build quality and ergonomics are surprisingly fantastic and it actually rides quite well. Despite all of its power and performance, it’s quite an easy car to get along with. It even has a big trunk.

Typically, low-volume sports cars like the Donkervoort are frightening to drive and only really make sense on track. However, the Dutch-made sports car is actually a really well-sorted product and one that you could live with on a regular basis. It just so happens that it can get to 60 mph as fast as a Bugatti Chrion.