One of the cars we’ve been most excited to see is the Audi S3. The previous-generation car was good but it needed a bit more driving engagement, fun and performance to truly compete with the rest of the segment. This new car, with its all-new chassis, tech and styling seemed to be quite promising when it first debuted. Now that it’s available to actually drive, though, is it as good as we’d hoped? Find out in this new video from Carwow.

The performance is certainly there, that’s for sure. Carwow’s Mat Watson record a 4.4 seconds 0-60 mph time and a sub-14 second quarter-mile time. Not bad for a four-cylinder hot hatch with just 310 horsepower and 400 Nm (295 lb-ft) of torque.

It’s also surprisingly quick on a twisty road. With tons of Quattro grip, sharp steering and a taut suspension, the Audi S3 is a rapid thing. Even more impressive, though is the suspension, which is always taut and composed but, even in Dynamic mode, never feels harsh to stiff. It’s really well damped, which helps it handle better.

Though, it’s still not the thrilling driver’s car we’d hoped it would be. Like the previous-gen S3, this new car is capable and impressive but feels a bit disconnected, mature and serious. Whereas a Mercedes-AMG A35 is more raucous, more exciting, thanks to its pugnacious attitude, the Audi S3 is a bit more sophisticated. 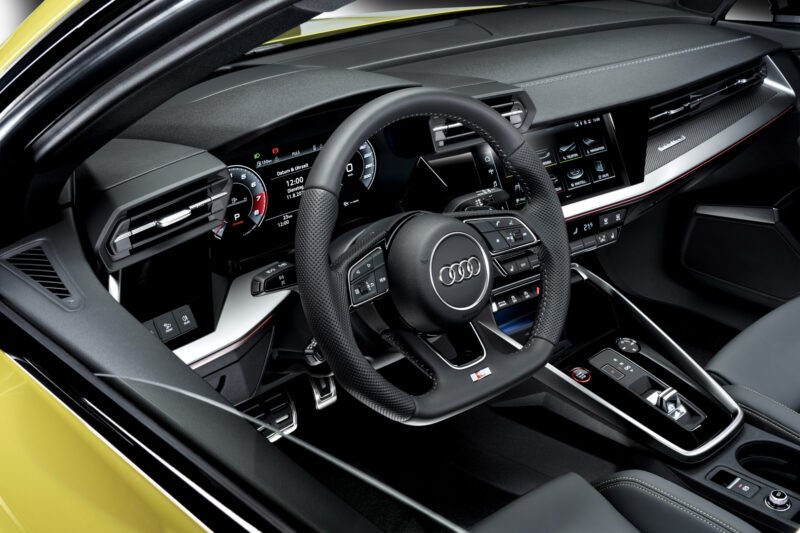 If you’re after a hatchback that’s equal parts performance car and equal parts luxury car, while also acting as a practical daily driver, it’s hard to be the S3. It’s a superb combination of performance, comfort, technology and practicality, all wrapped up in a stylish package. But if you want something a bit more engaging, something a bit more thrilling to drive, a AMG or BMW is probably the better choice.