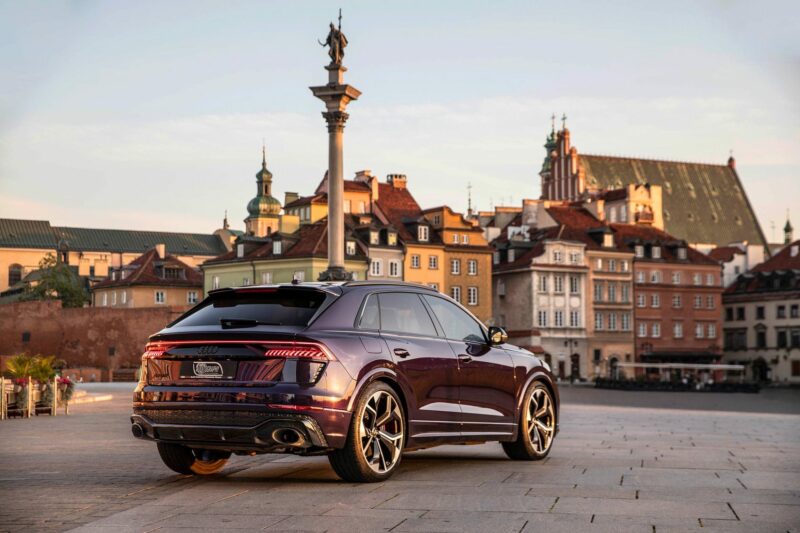 Personally, I find it incredibly boring when customers buy extremely expensive, powerful cars and get them in black, white or silver. There’s just no imagination there, especially when there are so many great alternatives, if you’re just willing to pay a bit more and wait a bit longer. Such as this Audi Exclusive color, Velvet Purple, seen here on this Audi RS Q8.

This new video from Auditography shows off the Audi RS Q8 in the awesome Exclusive color and it shows why getting cool cars in cool colors is the right thing to do.

When you buy a car like the Audi RS Q8, you’re buying a damn-near-600 horsepower SUV with extremely aggressive styling and the SUV lap record at the Nurburgring. Show it off, give it some flare. Don’t just get boring silver or grey, get something exciting, just like the car is.

What’s awesome about Velvet Purple is that it’s subtle. It’s not black but in certain light it looks black. At a glance, it’s hard to tell that it’s purple. Upon closer inspection, however, you can see its purple shine through and then you notice that it’s something special. In the right lighting, though, the purple really pops and it becomes vibrant and exciting.

However it’s also still dark enough to be mysterious and lend an aggressive look to the car. The RS Q8 isn’t the prettiest of cars, so you want to keep it dark and moody looking. Velvet Purple not only does that but also adds the vibrancy you want from a high-performance machine such as the RS Q8. 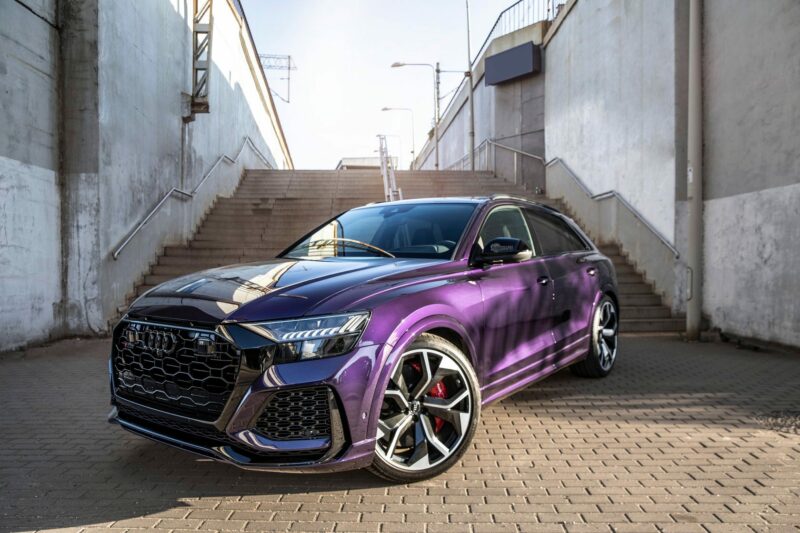 Powering the RS Q8 is a 4.0 liter twin-turbo V8 that makes 591 horsepower and 590 lb-ft of torque. It’s capable of 0-60 mph in less than four seconds and can get shockingly close to 200 mph without speed limiters. So it’s a seriously fast, loud and high-performance machine. Give it a color to match and Velvet Purple seems like a perfect fit.