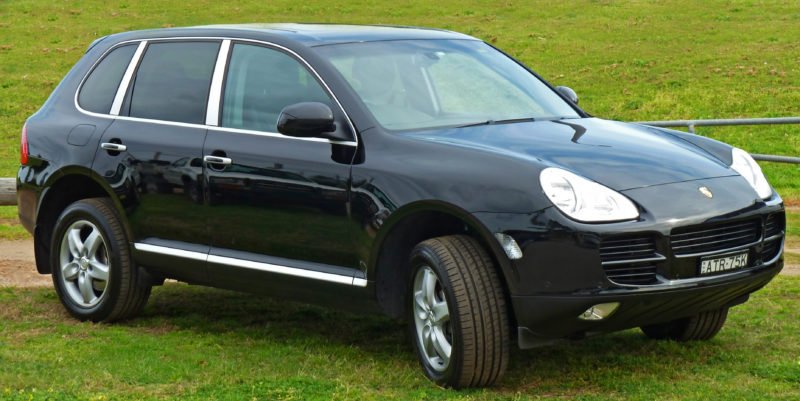 Back in the early-2000s Porsche did the then-unthinkable by introducing an SUV. At the time the company made just two cars, the 911 and the Boxster, and was looking to expand. The going rumors suggest that Porsche won the contract to engineer the large SUV platform for Volkswagen and Audi because it had agreed to shutter its Le Mans prototype program, which would have battled the Audi R8 LMP on track. By bowing out of that class of racing, Porsche allowed Audi to win at Le Mans, and Audi paid Porsche a lot of money to develop the Volkswagen Touareg and Audi Q7 platform, which then in turn was sold as the Cayenne. It was a long and convoluted road to tread, but Porsche seems to have tread it well. Instead of just slapping a Porsche badge on a Q7 and calling it a day, Porsche developed its own drivetrains, bodywork, and suspension tuning for the 955-generation Cayenne.

Even as an SUV-hating sports car fanatic, even I can admit that for an SUV the Cayenne is pretty good. The OG Cayenne was nimble and light on its feet in a way that SUVs of the time simply weren’t. Porsche developed a ton of power from three different engines, the Volkswagen-based VR6 for the base model, the 4.5-liter V8 for the S, and the same V8 fitted with a pair of turbochargers for the almighty Cayenne Turbo. None of each of the models is perfect, especially 17 years later. Each one has its own idiosyncrasies to look out for, considering reliability and long-term ownership. They’re getting pretty cheap, so maybe you’re thinking about buying one. If you are, here’s a great resource for you from our friends at FCP Euro. Check it out.

Alright, so now that you’ve learned a bit about what to look for in a used Cayenne, are you more or less likely to go out and buy a used one? There are definitely some deals to be had out there, and the enthusiast option might be to find a base model with the 6-speed manual transmission. That would also perhaps be the most reliable with less intensive maintenance. It’s not just an SUV. It’s a Porsche. Just know, if anyone tells you they have a 2007, they’re an outright liar.