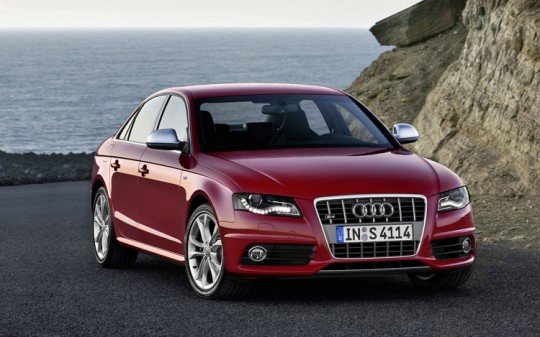 The B8 Audi S4 is a cool car. From the factory, it comes with a 3.0 liter supercharged V6, all-wheel drive and, potentially, a six-speed manual gearbox. It looks great and has a nice interior. It can also be found for under $20,000 nowadays. But what about a B8 S4 that’s SEMA-ready, with tens of thousands of dollars worth of modifications? Well, one is currently up for sale, with an asking price of $59,995. (We don’t own the photos so we can’t show them to you but you can see the listing here).

It wears a custom-made carbon fiber widebody kit that includes fender flares, side skirts, a front lip, a rear diffuser and canards. That alone is said to cost around $30,000. While we can’t verify that, good custom carbon work is very expensive. It also has an APR rear wing and front lip.

Mechanically, this B8 S4 has been extensively upgraded as well. It sits on KW V3 coilovers, a Brembo GTR Big Brake Kit, Rays lighweight wheels, Toyo tires, an APR Stage 3 Ultracharger kit and an APR intercooler. So it’s been heavily upgraded to make more power and perform better.

Cosmetically, it gets Recaro racing seats, a Thule roof rack and some rally lights, all to give it a racier, more utilitarian look. So it doesn’t just look like a useless show car. It even has a roll cage.

So this is an extremely aggressive car and one has been shown at SEMA and has supposedly one multiple awards. But is it worth brand-new S5 Sportback money?

That all depends. If you’re looking for a daily driver then of course this isn’t a good buy. But if you’re looking for a show car, something to take to car shows, and even to the track based on the specs, and impress people, then this might actually be a bargain. The amount of work done to this car is impressive and it could win you some awards in the future. So if that’s something you’re interested in, take a look at this heavily modified B8 Audi S4.

The post Is this SEMA-Ready Widebody Audi S4 Really Worth $60k? appeared first on QuattroDaily.