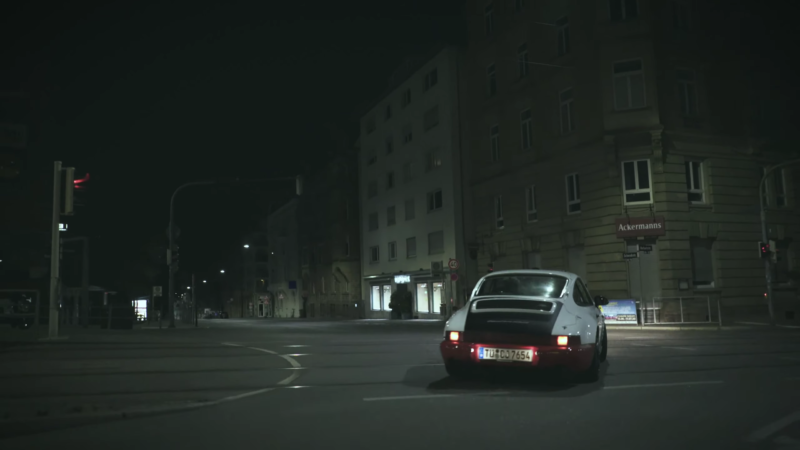 Even in the middle of the night, the mismatched panels à la Walker do turn heads. Maybe some look enviously at this loud creation of a man who knows how to enjoy himself, or maybe some turn simply to see whatever is making that glorious sound. Any driver knows the bliss of taking a midnight drive through picturesque scenery—which is precisely what you’re in for over the next five minutes. 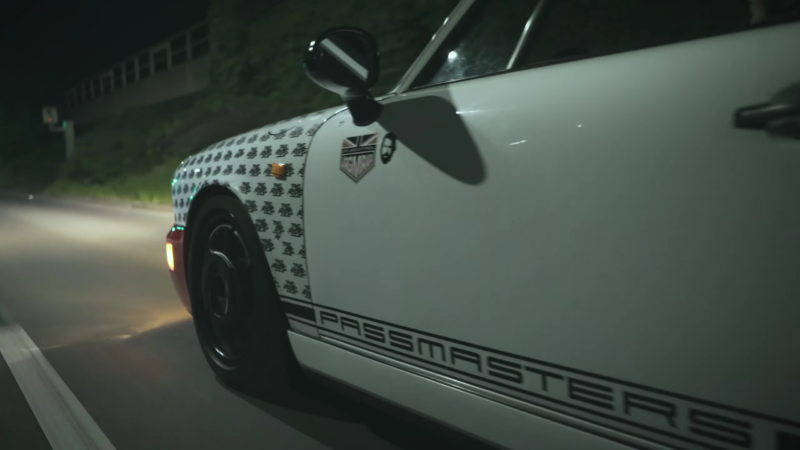 Just the right amount of detail for a conspicuous cruiser.

Jörg from DRIVE CONTROL and his multicolored 964 make a noise that doesn’t require a highly trained ear to recognize. The growl is airy and percussive; not as mellifluous as a modern GT3. That said, its tone is not quite as sharp or buzzing, nor does it offer that 9,000-rpm crescendo which, for this sort of cruise, might seem excessive. It’s the right sort of soundtrack for a spirited drive through the night—not too loud, not too quiet—just the right sort of volume for the odd tunnel blast.

It’s just one part of the tapestry. So are the moody backdrops, the liveried fenders, and the lighting from a film noir. Even the 964’s closing door contributes to the feel of the scene; it’s the reassuring thud of a well-built machine about to embark on a thrilling drive.

Any late-night drive in a quick car benefits from a set of rally lights.

Those curious about the inscription on the rear hatch, it reads: oderint dum metuant, meaning “let them hate, so long as they fear.” Considering the statement orange paint and racing livery makes, it’s fitting. The right blend of punk rock irreverence and classic styling is bound to lure a wide audience—especially those pining for the days of Getaway in Stockholm. Suddenly, I feel like a teenager again.

The post A Midnight Cruise Through Stuttgart in a Punk Rock 964 appeared first on FLATSIXES.