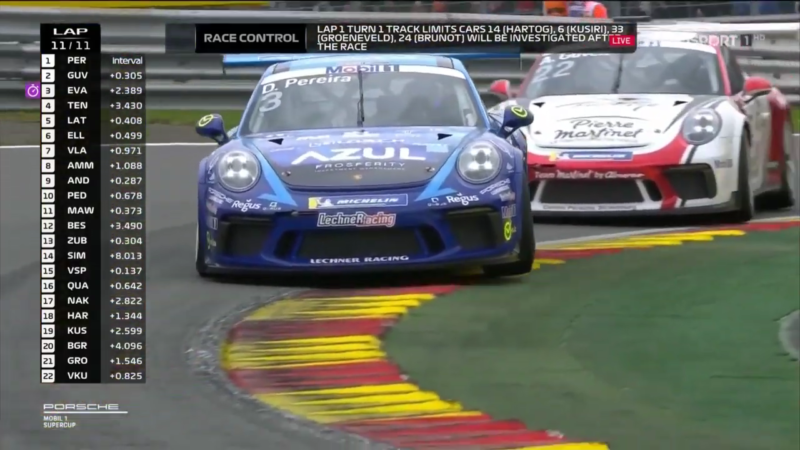 Of all the support series on a Formula 1 weekend, it’s typically the single seaters usually which get the most attention. However, the wheel-to-wheel dicing in the heavier, slower, and less sophisticated Porsche Supercups get the majority of my attention—and not simply because I’m a fan of the brand. Supercup features drivers from their teens to their forties, dense grids, an elevated level of racecraft, and obvious car control; making it one of the more exciting spectacles in current motorsport.

The races are also relatively short at around 12 laps on average. With the mechanical parity and minimal aerodynamic grip, lap times are very close and drivers can follow very closely behind their rivals. Therefore, the two-third of the race is often dedicated to finding a rhythm, avoiding silly incidents, and learning when to pick passes so as not to lose too much time squabbling; there’s usually another driver behind to capitalize on a rival’s error.

Towards the end of the race, the adrenaline ramps up slightly. In this last-laps dice between Dylan Pereira and Ayhancan Güven at Spa-Francorchamps, we see just how fraught it gets.

There’s real skill on display for everyone to appreciate as these cars hop and slide over the curbs, and without ABS or supernatural braking ability, these cars do occasionally smoke a tire or two in the braking zones. A little gentle nudging is allowed during these frenetic final laps, and even some squeezing seems kosher (3:19).

The shape of the Supercup allows it to work well in close quarters with other Supercups, and the drafting effect is minimal. For those reasons, some great battles happen in this wonderful series. Here’s another:

Mechanical parity is another factory keeping the racing close. All these Supercups are much softer than an RSR, which means they do move around a lot—especially under power. The 4.0-liter engines produce 480 horsepower and 351 lb-ft of torque, and those figures are put to the pavement via Michelin Porsche N2 slicks or treaded wets measuring 27/65-R18 (F) and 31/71-R18 (R).

So the way the drivers have to manage the car is a little more apparent than with some single seaters. This onboard around Spa-Francorchamps showcases the bravery the drivers need as well as the patience and coordination. Anybody who goes through Eau Rouge sideways gets a star in my book.

The Supercup grid now features another Hollywood star with a knack for motorsport. Michael Fassbender is one of them, and at his debut in the series at Barcelona this year, it went poorly. 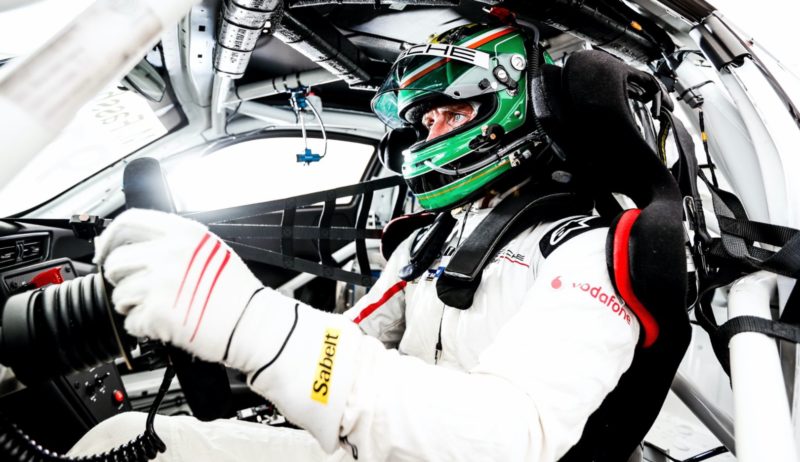 One downside of dense grids is the greater potential for a massive wreck at the start. Fassbender, caught up in a carambolage with four others, did not get to enjoy the track much that weekend. Thankfully, he had to sit out the race in Barcelona and not rural Iowa.

Big crashes, a great collection of talent, and race-long battles throughout the field are what make this series so fascinating. The post-race recaps online aren’t too informative, but the coverage is there every Formula 1 weekend, so catching a live race shouldn’t be too hard.

The post Who Needs Coffee When These Intense Porsche Supercup Battles Exist? appeared first on FLATSIXES.