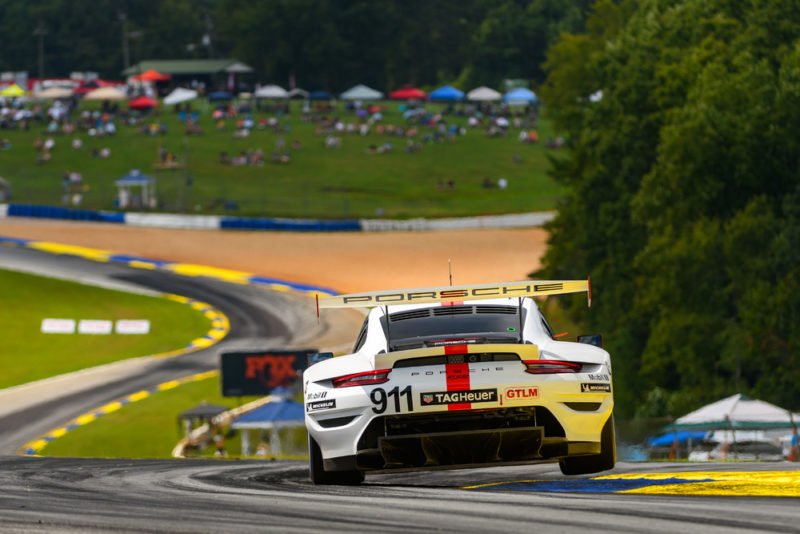 After the sixth IMSA WeatherTech Sports Car Championship round Porsche has still not found its way to victory lane. Of the three manufacturers in the class, BMW has two wins, Corvette has four, and Porsche none. The same specification 911 RSR has victories in the FIA WEC, but the IMSA crew’s #911 and #912 keep getting the shaft. This weekend the team again looked fast in pre-race practice and nabbed the pole position, and ran at the front of the GTLM class field for much of the 6-hour event. Unfortunately, cloudy skies hid the Georgia sun and track temperatures cooled to much lower than the Porsche’s needed to keep their tires together. And as the Porsches began to struggle, the BMWs managed to find pace.

Nick Tandy started the race from pole position with a very fast car. Tandy and teammate Fred Makowiecki had the run of the field until the final pit stop. Clouds gathered and threatened the field, dropping track temperatures nearly 20 degrees in short order. In his final stint aboard the good ship Porsche, Tandy couldn’t hold his tires together and keep the rest of the field behind, dropping to fourth at the finish. Again, a valiant effort thrown in the trash. 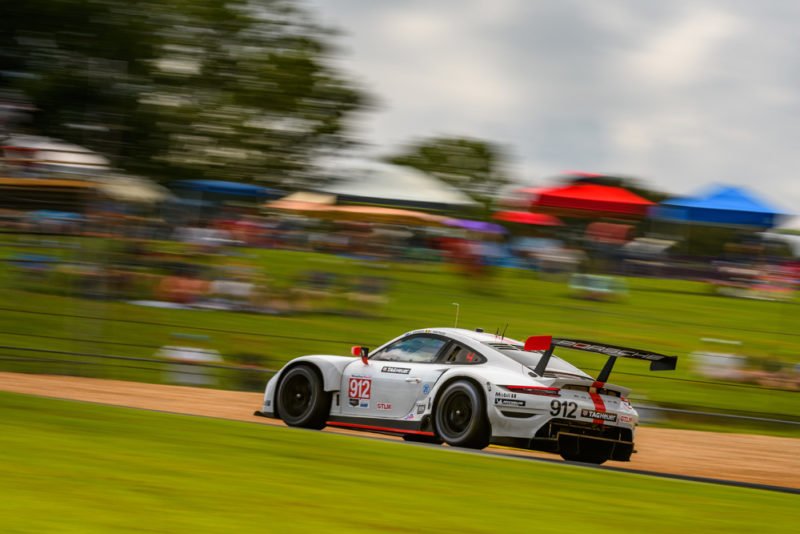 The #912 car had an even more disastrous day in Georgia than its sister car. As soon as the green flag flew, one of the faster DPi Prototoypes tried to take too much curb on the inside of the long right hander leading onto pit straight. That prototype ended up spinning and while it didn’t collect anyone, it seriously distorted the field. Driver Laurens Vanthoor in the Porsche had to jump out of the throttle to avoid hitting anyone, and lost a lot of track position in the process. Add in early-race cloud cover and Vanthoor was among the first into the pits with badly worn tires. The car received not one, but two different penalties for pit-lane infractions, knocking them out of contention at any rate. Then came the big issues. For some reason the mid-engine 911 GTLM racer was running out of brakes at about the 3 hour mark. These brakes can usually last a full endurance race, so a lengthy brake repair cost them any semblance of performance in this race.

It was a disappointing end for Porsche Motorsports North America in the team’s home race.

Thankfully one of the GTD-classed Porsche GT3 R customer cars managed to come through in the end with a 3rd place finish and land Porsche on the podium, albeit not the factory squad. Wright Motorsports scored its first podium of the season. Jan Heylen qualified the car in third position on the grid and through the race saw the car as low as tenth in class. With flawless teamwork, strategy, and driving, the car managed to work its way back through the field to finish where it had started.

Steffen Höllwarth (Head of Operations IMSA Championship): “As expected, this race was a tough nut to crack. And as feared, we struggled with the temperatures. From the midway mark of the race we were leading with our number 911 car for quite some time, but ultimately we couldn’t maintain the pace. After two mistakes in the pits and a defect in the No. 912 car, the gap was so large that we simply couldn’t catch up. That’s disappointing. We’re now preparing meticulously for the next round so that we can strike back.”

Frédéric Makowiecki (Porsche 911 RSR #911): “I was so surprised at how our competitors were suddenly able to improve in the last stint. We simply couldn’t match such a fast pace. We tried everything, but in the end, we couldn’t do more than fourth. All in all, our performance is nothing to be ashamed of. We did a great job as a team – and that includes the mechanics, engineers, strategists as well as us drivers.”

Earl Bamber (Porsche 911 RSR #912): “This race was a disappointment from start to finish. The penalties were annoying, but that happens sometimes. What was worse was the damage to the brakes, which was probably caused by driving over debris on the track. That relegated us so far back that we no longer had a chance.”

Patrick Long (Porsche 911 GT3 R #16): “It felt great to climb the podium again. We really deserved this result after our strong performance. The team has done a consistently good job over the last weeks, so such a success was only a matter of time. Big compliment to Jan Heylen. He provided fantastic support this weekend. I hope he can join us again as a teammate for Petit Le Mans at Road Atlanta and at the 12 Hours of Sebring.” 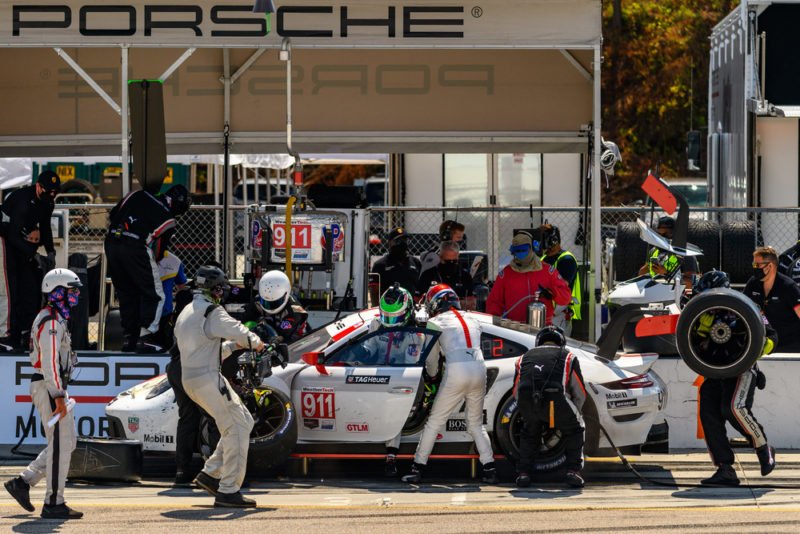