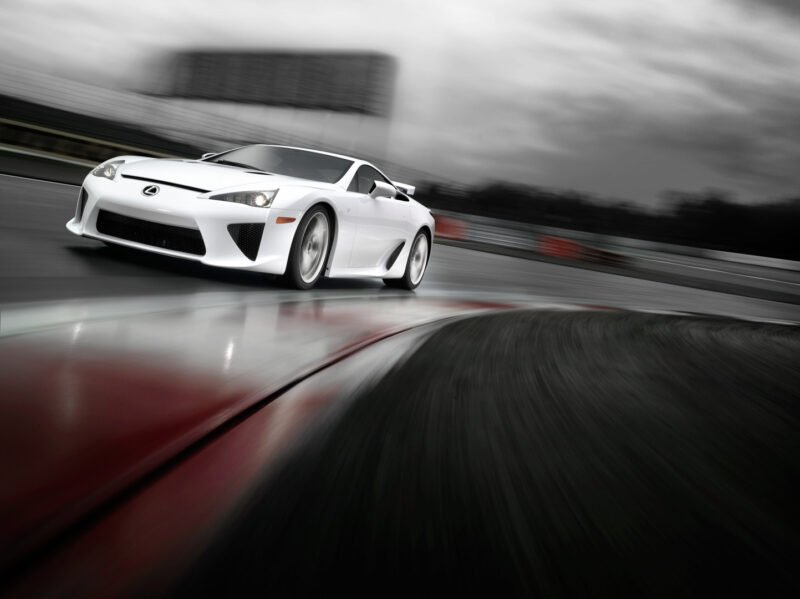 In this current automotive market, there are very few cars that sound better than the Audi R8. Its 5.2 naturally-aspirated V10 makes some of the most killer noises to ever come from an internal combustion engine. However, a few years back there was another V10 that out-shined even the mighty Audi R8 — the Lexus LFA. The LFA, with its F1-inspired V10, makes probably the greatest engine/exhaust noise of all time. So putting these two cars together makes for one glorious-sounding drag race.

To be honest, the results of this race mean nothing. The Audi R8 won in the end, after the Lexus LFA took an early lead, but no one should honestly care. The R8 is newer, more powerful, has all-wheel drive grip and a rapid-shifting dual-clutch gearbox. The Lexus LFA uses an old-school single-clutch automated manual, rear-wheel drive and has a less-sophisticated launch control system. So it was a bit of an unfair race from the get-go.

However, if anyone cares about the outcome of this race, they don’t truly appreciate cars. This race is all about hearing two of the greatest engines in history at full chat on a drag strip. We do wish this video featured more of their noise, with some static revving clips, but we’ll take what we can get. It’s not often you get to see an Audi R8 racing alongside a Lexus LFA.

I recently spent a week in an Audi R8 V10 Performance (reviews coming soon!) and its engine made my spine tingle each and every time I heard it rev out to 8,000 rpm. I can only imagine actually driving the Lexus LFA, which not only revs to 9,000 rpm but can do so in less than a second.

Both of these are absolutely sensational engines and should be celebrated, as they are in this video.