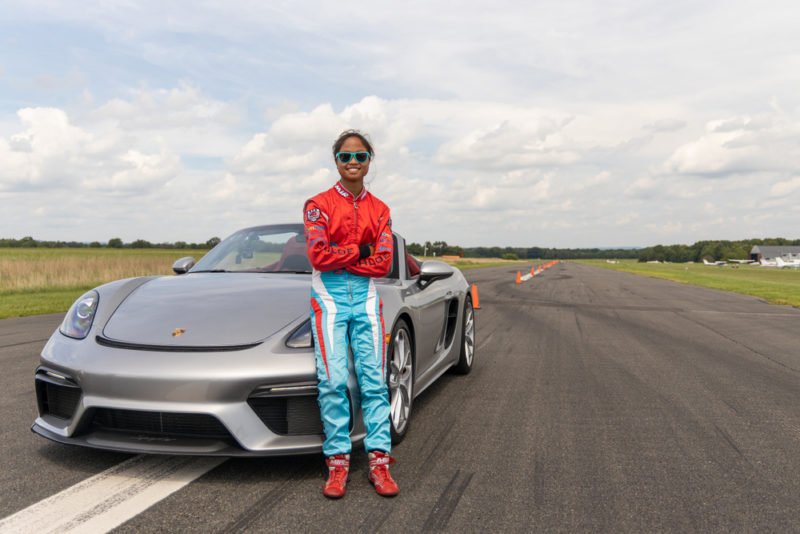 achievement for the Fastest Vehicle Slalom. And naturally, she was driving a Porsche when she did it. By weaving through 50 cones in just 47.45 seconds this completely stock 718 Spyder and racer pairing absolutely dominated the record. She’s been racing for seven years, and has lots of karting experience dodging cones. The previous record was set in China in 2018.

“It looks easy, but it’s really not – to weave between 50 cones as fast as possible, trying to beat a record time and knowing I couldn’t touch a single one for the run to count – I definitely felt the pressure,” Chambers said. “Everything came together on my final run; the car worked beautifully and I found the grip I needed. Thank you to my family and to Porsche for supporting and believing in me.”

“We couldn’t be more proud that Chloe set the record,” said Klaus Zellmer, President and CEO of Porsche Cars North America. “From the whole Porsche family we send our heartfelt congratulations – we’re pleased to have been able to support Chloe with her ambitious record attempt and share her relief that it was successful.” 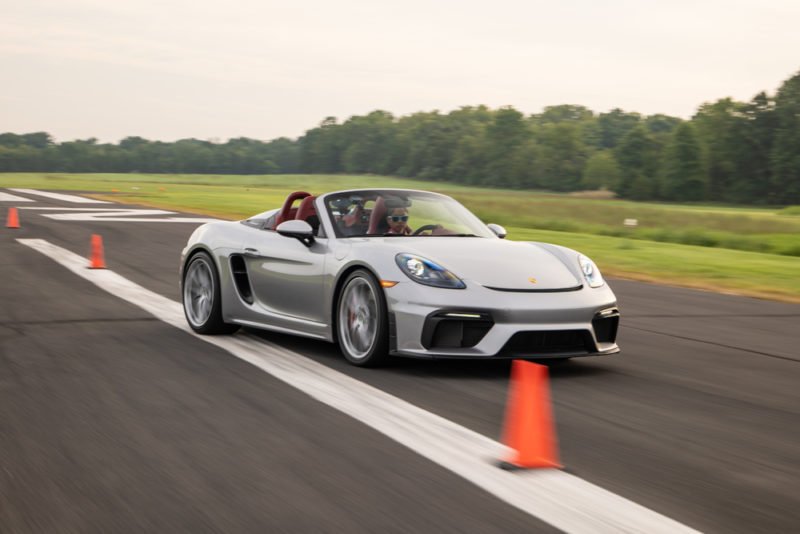 The 718 Spyder’s mid-engine layout and powerful 4-liter naturally aspirated flat six certainly contributed to the record, but it was definitely the GT3-inspired suspension setup and Porsche’s nearly telepathic PASM active dampers that made it the ideal candidate for this slalom course. The course was set up as a series of 51 cones spaced 50 feet apart on an airstrip, meaning this course was nearly half a mile long. To accomplish such a back-and-forth task in under a minute means she had to have been seriously hustling that car.

This is a pretty neat little record for Porsche to hang on their mantelpiece. The 718 Spyder is a great car, and Chloe had to be really on her a-game to make this record happen. Get the throttle or steering or gearing just a little bit wrong and it doesn’t happen. Hats off to Chloe. Chances are, she’s already a better driver than any of us will ever be. Well done!

The post This Sixteen-Year-Old Driving Ace Set A World Record For Fastest Vehicle Slalom In A Porsche 718 Spyder appeared first on FLATSIXES.