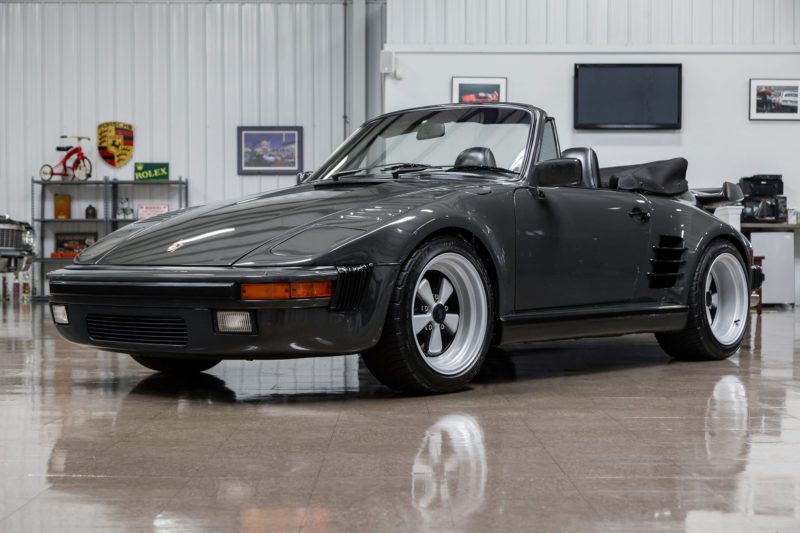 Last Friday a Porsche sold on the auction site Bring A Trailer for a whole lot of money. This, in and of itself, is nothing new. That sort of thing happens all the time. What made this one different, however, was the fact that the car in question was a “tribute” or “replica” selling for similar money as the real deal might command. It’s not the original color, it’s not the original body panels, it’s not the original engine, and perhaps most egregiously this replica Turbo Cabriolet started life as a Targa! And it sold for $133,000!

The thing about Porsche’s slant-nose Turbo Cabriolet as it relates to value is a direct component of its rarity. Only built for three years in 1987, 1988, and 1989 there were mere hundreds of these machines built. They were incredibly expensive to purchase new, nearly $85,000 in the late ’80s, meaning only the most well-heeled but over-the-top ostentatious could be seen in a slant nose cab. All these years later, those are the ones that still command six-figure price tags at auction. With factory slant nose production under 1000, there must have been at least twice as many aftermarket conversions done in the 1980s by folks looking to recreate the factory jive. Most especially the fiberglass-constructed jobs have proven to be worth less than nothing as Porsches go, but even the steel-fendered knock-together bits have not appreciated on the level of those factory created.

This 1982 Porsche 911 was originally sold as a guards red Targa, admittedly a great car on its own. In 1989 the car was hacked to bits and cobbled together by some unknown shop. It was given some steel front fenders, a set of 930 rear flares, the intake vents behind the doors, a set of boxed rockers, and a huge tea tray spoiler. Then the original targa roof was cut off and a convertible top was grafted onto the car. To match the car’s newfound widebody, a 3.3-liter turbo engine was yanked unceremoniously, presumably from a crashed example, and fitted in the back of this bastardized chassis. A Ruf-style front valance was tacked on to the front to make it a pretty convincing dupe. 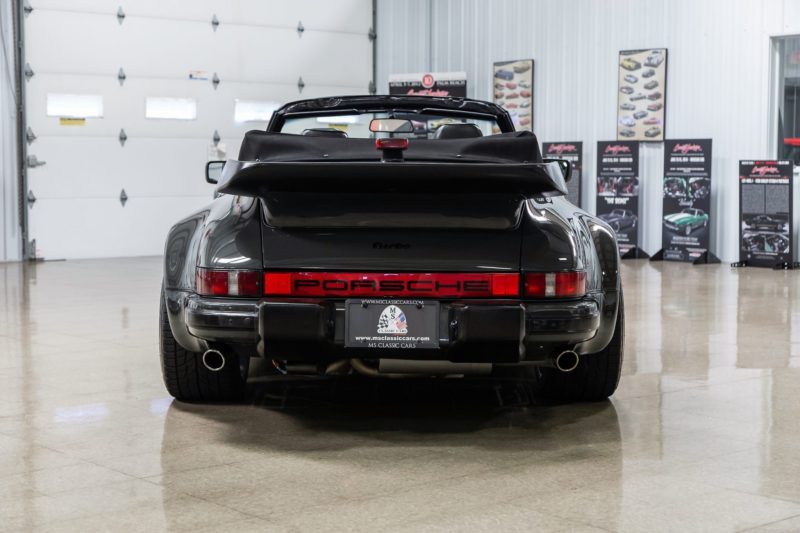 In 2017 the car was treated to a complete rebuild. We won’t call it a restoration, because the car was stripped to nothing and built up with a slew of aftermarket do-dads to be even less original than before! Admittedly, the shop doing the work did an impeccable job of stripping and painting the car in slate grey, a 356 color. However, at no point in this car’s life did anyone see fit to install a drive motor for the convertible top. Rather than retracting at the push of a button like a real 911 Cabriolet would have since it was introduced in 1983, it’s a manual folding top, meaning you have to get out of the car and push the top down yourself. If they’re willing to cut corners on something as vital as that, where else did the builders skimp? 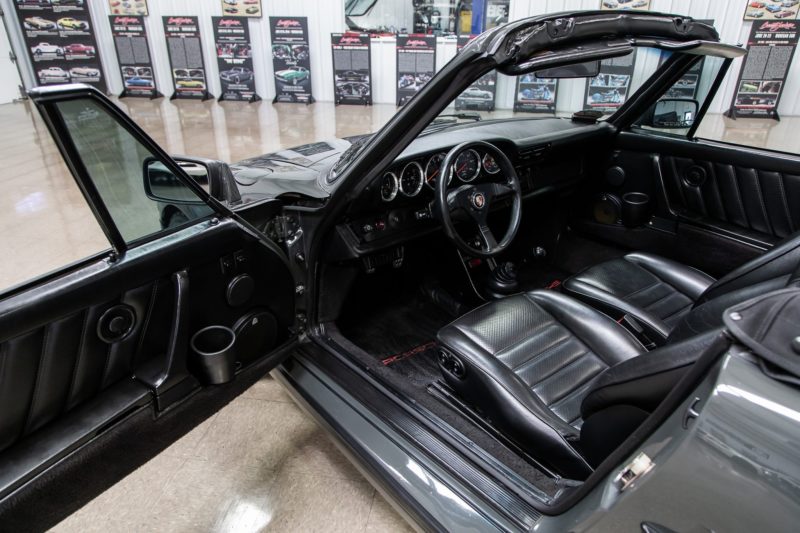 That original 3.3-liter has been fitted with a big Fabspeed aftermarket intercooler and a big Billy Boat exhaust. Those aren’t bad things from a performance standpoint, oh no! But from an originality standpoint it’s atrocious. Anyone in the know will immediately question the car’s provenance. Do you really want to be the person who paid $133,000 plus buyers fees for a car like this? Any time someone asks you if it’s a real slant nose, you’ll have to say no, and that alone would make it decrease in value in my eyes. 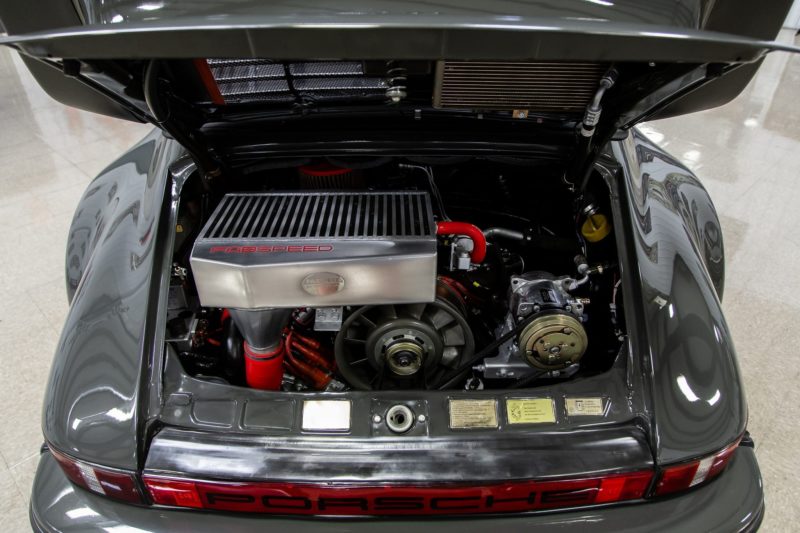