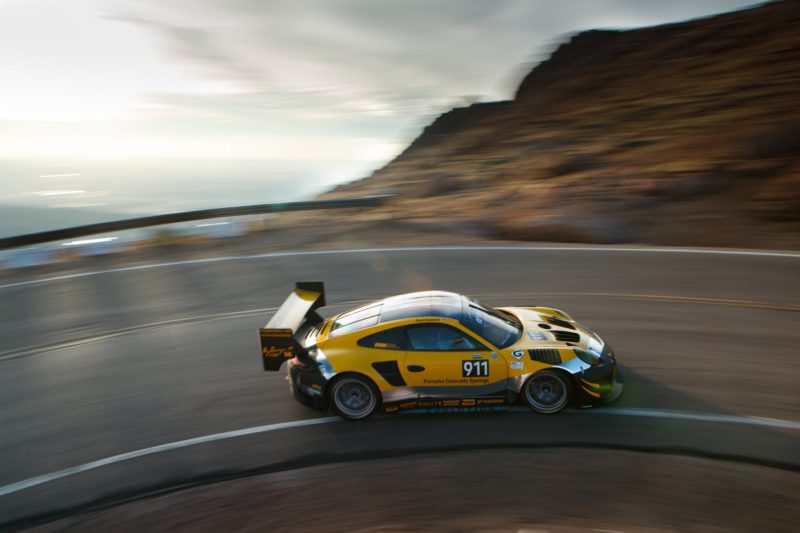 All through the week leading up to the 98th running of the Pikes Peak International Hill Climb it was a Porsche in the lead of almost every session. With David Donohue’s glorious GT2 RS Clubsport featuring a few extra bits for the attack on the mountain, the combination of car and driver were just plugged in and ready from day one. Donohue qualified first, meaning he would be the first of the drivers competing for overall honors to leave the start line on Sunday morning. David Donner, also in a GT2 RS Clubsport, would start second. Two open wheel cars and a hillclimb-prepped NASCAR stock car out-qualified Jeff Zwart in his 935, meaning he would start sixth. 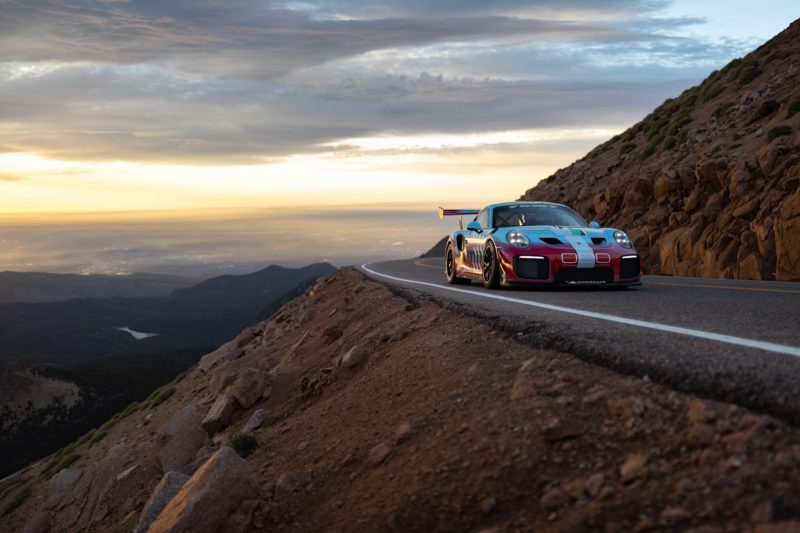 As Donohue left the start line he was instantly fast. That big yellow winged Porsche was one of only three cars to get into the 1:40s in the first of four sectors on the mountain, and he was fastest through the second sector by over a second. It was looking incredibly good for Donohue to not only set a very fast time, but to take Porsche’s first overall victory on the mountain. Then, tragedy struck and Donohue was forced to pull off at Glen Cove just after halfway with a flat tire.

Second on the road was David Donner. His GT2 RS Clubsport was not quite as well prepared as Donohue’s considering the program was put together just three weeks prior to the race weekend. No major downforce adjustments or added power to get his car moving quite as quickly as Donohue had. With an overall time of 9:36.559 Donner definitely set a respectable run, especially considering how dirty and slippery the course was when he did his run. He knew immediately that it wasn’t good enough for the overall win, and right he was. Two of the big open wheel Pikes Peak specials with Clint Vahsholtz and Paul Dallenbach at the wheel managed to turn in quicker times than Donner. Vahsholtz took the overall win with a 9:35.490. Could Donner have found 1.1 seconds in speed somewhere on the hill? Maybe so, but it didn’t shake out that way.

Following Donner’s run there was only one more contender who could possibly pull off the overall victory. Jeff Zwart has raced at Pikes Peak 17 times in his career and has taken several class victories in Porsche hardware. This time he was piloting a brand new 935, owned by the Ingram Collection and sponsored by Mobil 1. While that car is quite similar to the GT2 RS Clubsport, it offers more aerodynamic downforce and a bit wider wheel and tire package, the same one found on Porsche’s GT3 R. Zwart needed a 9 minute 35 second flat run in the 935 to win it overall, but could find no more speed on the hill than a 9:43. Jeff hasn’t raced on the mountain for five whole years, so while he had the car to do it, perhaps the confidence wasn’t there. 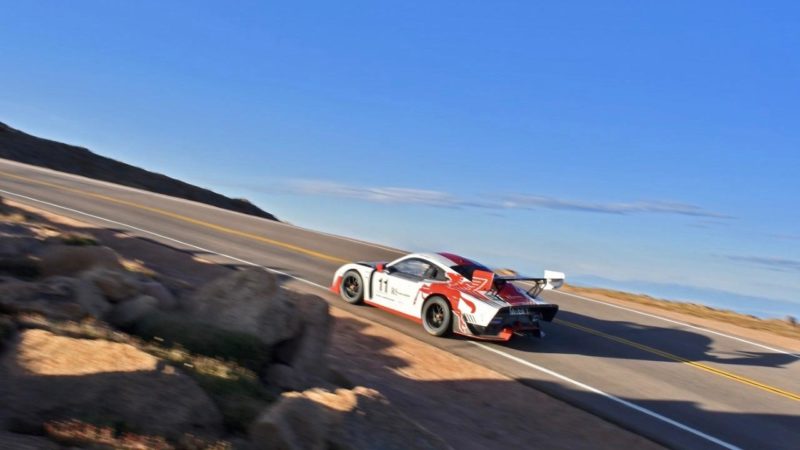 While Porsche didn’t manage to take the overall victory, Donner’s run was good enough for the Time Attack 1 class victory.

Meanwhile in the Porsche Cayman GT4 Clubsport class, four more-or-less identical racers lined up to face off against each other. While Travis Pastrana has dominated this class since it was introduced in 2018, he was not on scene to set a run this year, instead sending Nitro Circus star Blake “Bilko” Williams to take his seat in the Yokohama-sponsored machine. As luck would have it, that was a very good move, because Bilko took the class win by a massive margin. He ran a 10:52 sprint, which, because the weather was clear for the full run, was faster than either of Pastrana’s rain-soaked victories. It was also 14 seconds clear of the second-placed car in that class of George Hess III. 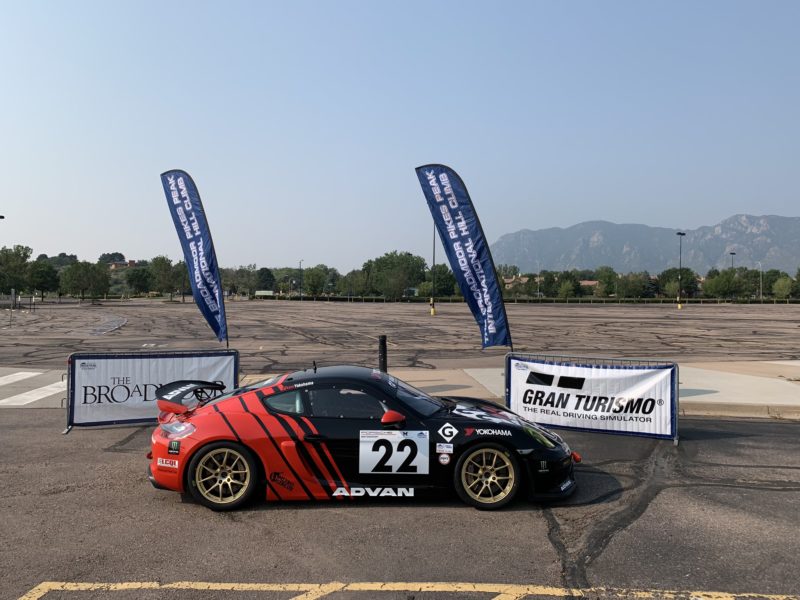 Because of the delays and economic uncertainty caused by the coronavirus pandemic, and the cancellation of the motorcycle classes in 2020, Pikes Peak was a much smaller affair this year, drawing far fewer competitors. Without a single major international fast car this year, Porsche had a chance to take the honors with a mildly modified track day special. Unfortunately it didn’t shake out that way. I guess that’s why they run the race. It’s a shame that a flat tire ended Porsche’s bid for its first overall win at this historic race. Maybe next year.

The post Here’s How Porsche Nearly Won Pikes Peak Overall And Had It All Snatched Away At The Last Second appeared first on FLATSIXES.