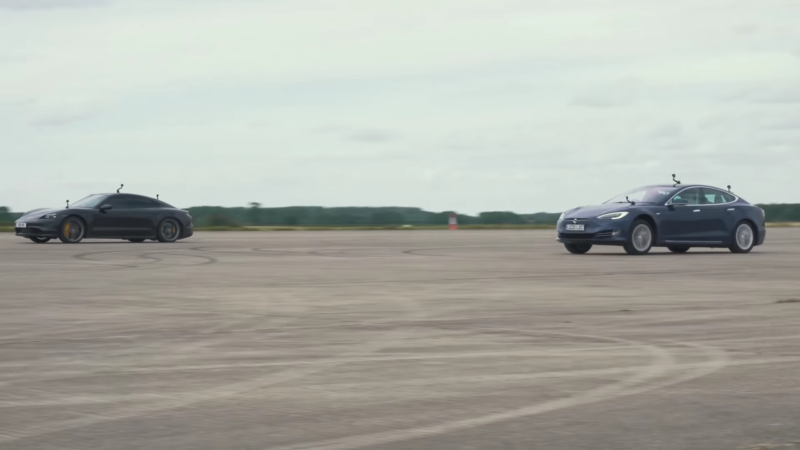 It’s the drag battle we’ve been eagerly awaiting: the fastest, latest, best optimized product from Tesla against Porsche’s fastest, quietest people carrier. Though these two heavyweights might seem sterile to some, they both offer the well-heeled consumer a level of torque, response, and stick that’s unrivaled and cannot be ignored. Unless they’ve tried a hybrid hypercar or have a penchant for serious rollercoasters, they simply haven’t been exposed to the surreal acceleration of a truly quick EV.

A large part of what makes the EV experience unique is the way these cars belie their weight. The generously proportioned Taycan Turbo S (weighing in at a whopping 5,060 pounds) boasts 761 horsepower, 744 lb-ft of torque, and a trick two-speed gearbox. Four-wheel drive and a good amount of heft help fire this beauty off the line faster than the 911 Turbo S can muster, which is part of why this sleek sedan hasn’t been beaten by many. However, the latest offering from Tesla stands a chance. 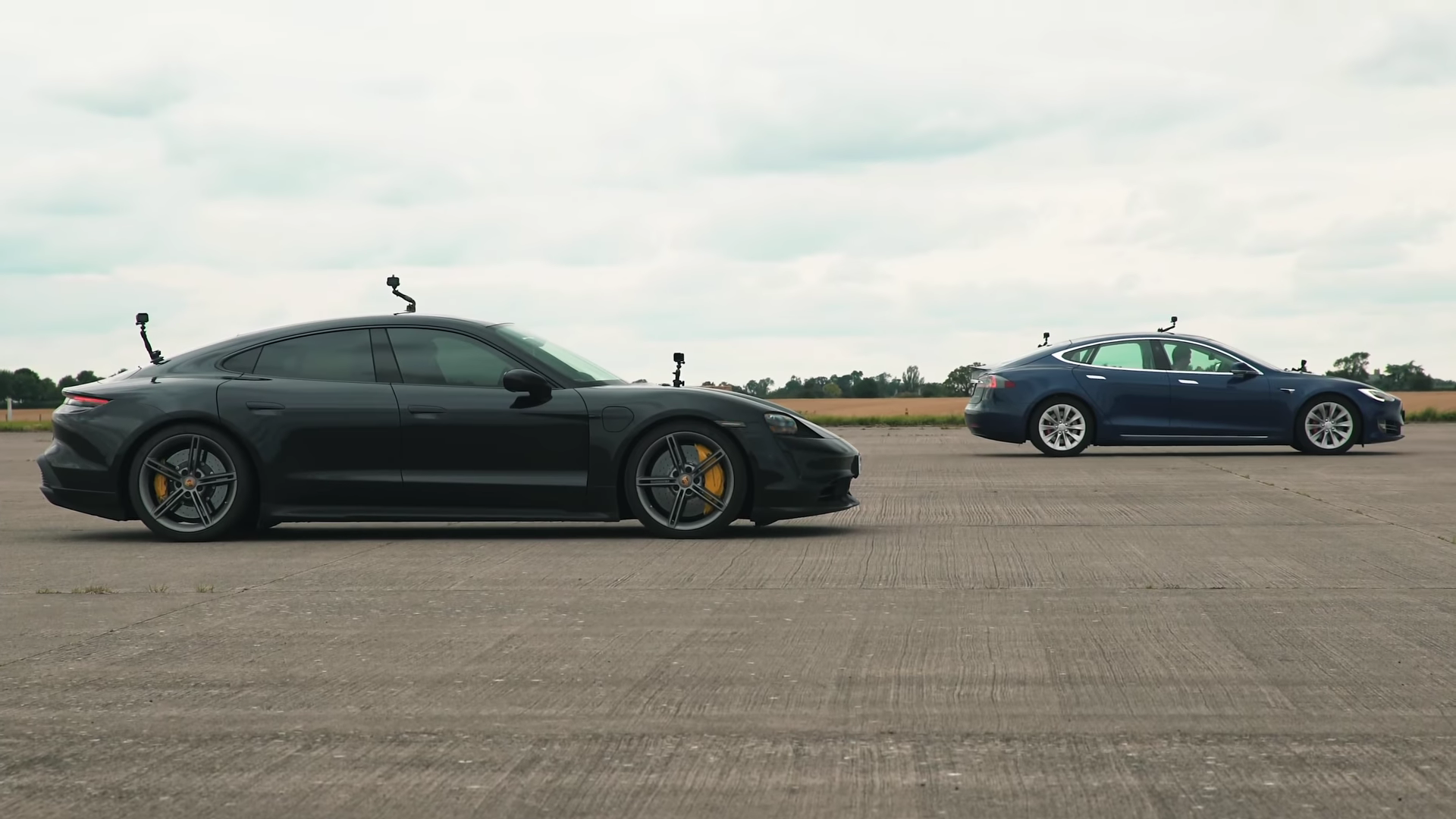 Tesla’s newest Raven powertrain is an option currently available with Tesla’s Model S and Model X. Essentially, it combines the largest battery available for these models with the Model 3 Performance’s rear motor—although they fit that motor to the front axle. With a recalibrated launch system, the powertrain can deploy its entire payload without compromising the batteries—a problem with the older versions of the Model S.

During launches, the motor temporarily bumps the output to 825 horsepower and 959 lb-ft of torque, which, thanks the Raven-specific adjustable air suspension, it can use in its totality. When “Cheetah Stance” is selected, the damping changes and the front suspension lowers for a little drag-friendly rake. These tweaks soften weight transfer to the rear for 0-60 times of 2.4 seconds and a quarter-mile time of 10.4 seconds.

It’s times like those that make overlooking these silent dragsters impossible. However, are those numbers enough to best the nearly indomitable Taycan Turbo S? Watch below to find out:

The post Can The 2020 Porsche Taycan Turbo S Beat A Tesla Model S Cheetah In An EV Drag Battle? appeared first on FLATSIXES.