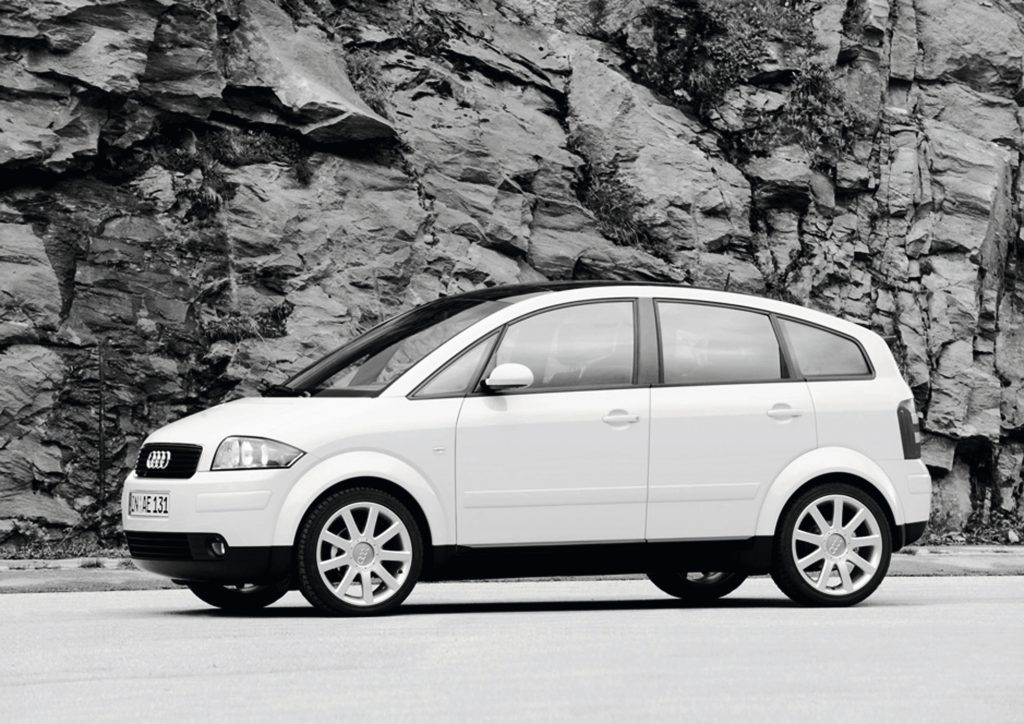 Even though we never got it here in America, we here at QD love the Audi A2. It’s just such a delightful little oddball, with brilliant engineering, hilarious looks and some of the quirkiest of quirks we’ve ever seen on a car. Doug DeMuro would have a field day with an A2. Sadly, the A2 was poorly received when it was new back in the late ’90s/early ’00s, due to its high price tag and not-for-everyone styling. Now, though, it’s gaining popularity at a surprising rate.

In this new video from Car Throttle, the boys go ahead and actually buy a high-mileage Audi A2. The reason for the purchase is due to the fact that it’s now quite cheap, it gets incredible fuel economy and is shockingly fun to drive.

That last bit might seem odd when you look at it, because it’s a sort of hybrid between a hatchback and a minivan and looks about as imposing as a bubblegum gumdrop. Yet, its short wheelbase and ultra-low curbweight, along with its punchy diesel engine and manual gearbox, all combine to make it very enjoyable to chuck around.

When Audi designed the A2 back in the day, it was designed to be a very advanced, high-efficiency vehicle. So it uses an all-aluminum spaceframe, similar to the one used on the D2-gen Audi A8. So not only is it very light but it’s also very rigid and high-tech. It also has some very interesting quirks, such as a completely removable hood (bonnet) and a fluid service door in the front end.

Despite Car Throttle’s fanbase not having much love for the Audi A2, the boys at CT seem to like it quite a bit. In fact, they go on to actually recommend it to anyone that’s looking for a cheap, fun and efficient little car. It looks funky, has fun driving dynamics and delivered over 70 mpg UK (58 mpg US). That makes it a great affordable package.