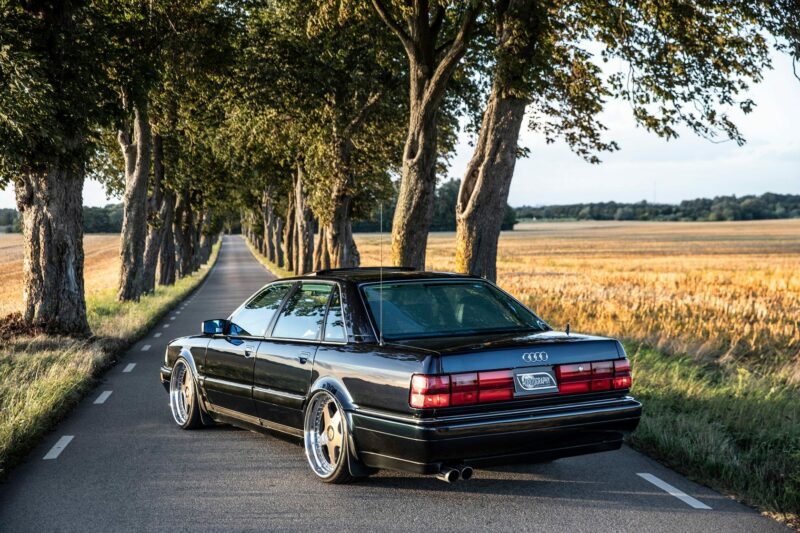 Prior to the Audi A8, the luxury sedan that the brand used to compete with the likes of the Mercedes-Benz S-Class was the Audi V8. Based on the D11 chassis, the Audi V8 was the brand’s biggest, most luxurious sedan and it featured, you guessed it, a V8 engine. The V8 is a more obscure Audi model and one that doesn’t get a lot of love. Thankfully, this new video from Auditography sheds some light on one of Audi’s more forgotten models.

As standard, the Audi V8 is a really cool looking car. It comes from an era of very boxy, squared-off German metal that’s hugely appealing. It has a wedge-like front end, boxy back end and a rather slab-sided design but it looks so of its era that it’s incredibly endearing.

However, the car in this video is not standard. It’s been lowered quite a bit and sites on O.Z Futura three-piece wheels that look fantastic and they’re spaced really nicely. So it has a great stance and, best of both worlds, it can be raised up when driving because it’s on air ride. It also has C4-generation Audi S6 brakes, a DTM front lip spoiler and a stainless steel catback exhaust that gives it a deep, burbly sound.

The interior is also fantastic, with a real ’80s, ’90s vibe to it that reminds us of how good Audi has always been at making interiors. It has three-spoke steering wheel and a Nardi shift knob. It also looks unbelievably clean, which is impressive considering its age. Even the leather on its seats looks to be in superb condition for a thirty-year old car. 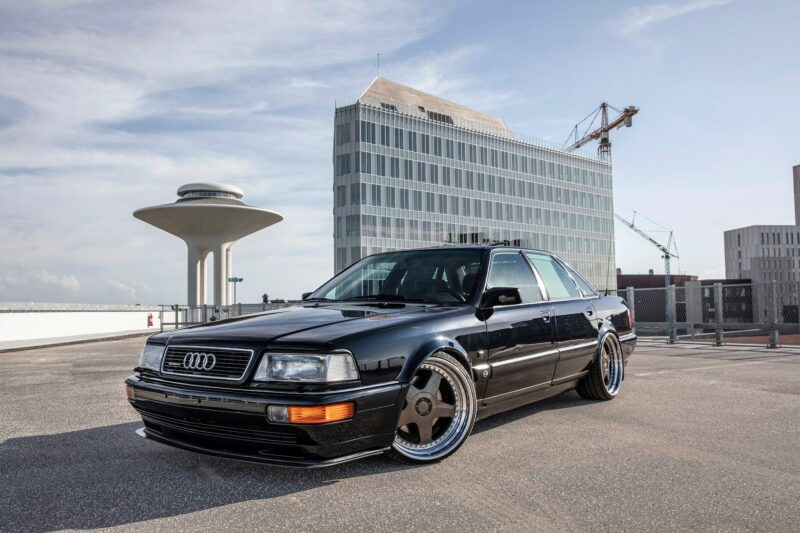 As per usual, the cinematography is stunning in this video, so have a watch and check out the Audi V8, a forgotten and underappreciated luxury car in its day.

The post VIDEO: Check Out This Awesome 1990 Audi V8 from Auditography appeared first on QuattroDaily.