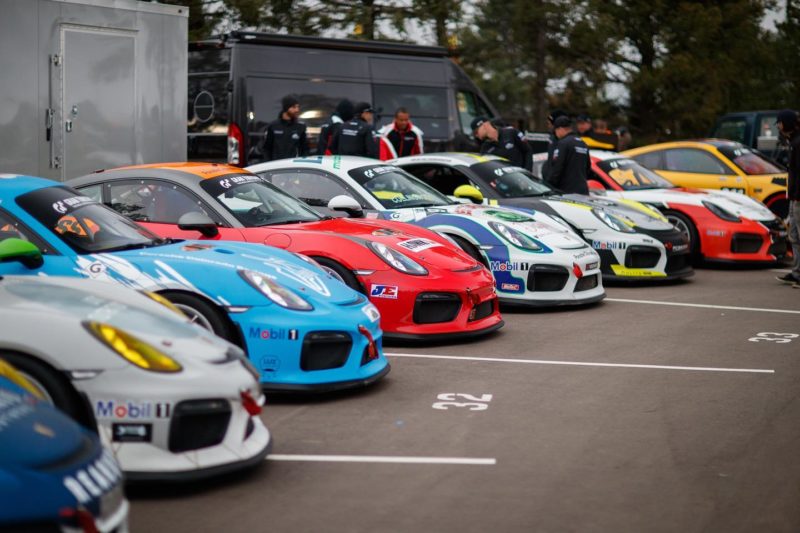 2020 brings one of the largest Porsche gatherings in recent years to the Pikes Peak International Hillclimb. Thirteen of the fifty-one entrants are driving vehicles from our favorite marque—most of which are single-purpose motorsports products. Some of those drivers are fairly large names in the racing world; long-time racer David Donohue, as well as Pikes Peak legends Jeff Zwart and David Donner will be sporting racing variations of the 991 GT2 RS. Others will try their hand at the course’s 156 turns in older racing vehicles, and a few will see if their handiwork can last a few full-bore runs up the 12,115′ mountain. 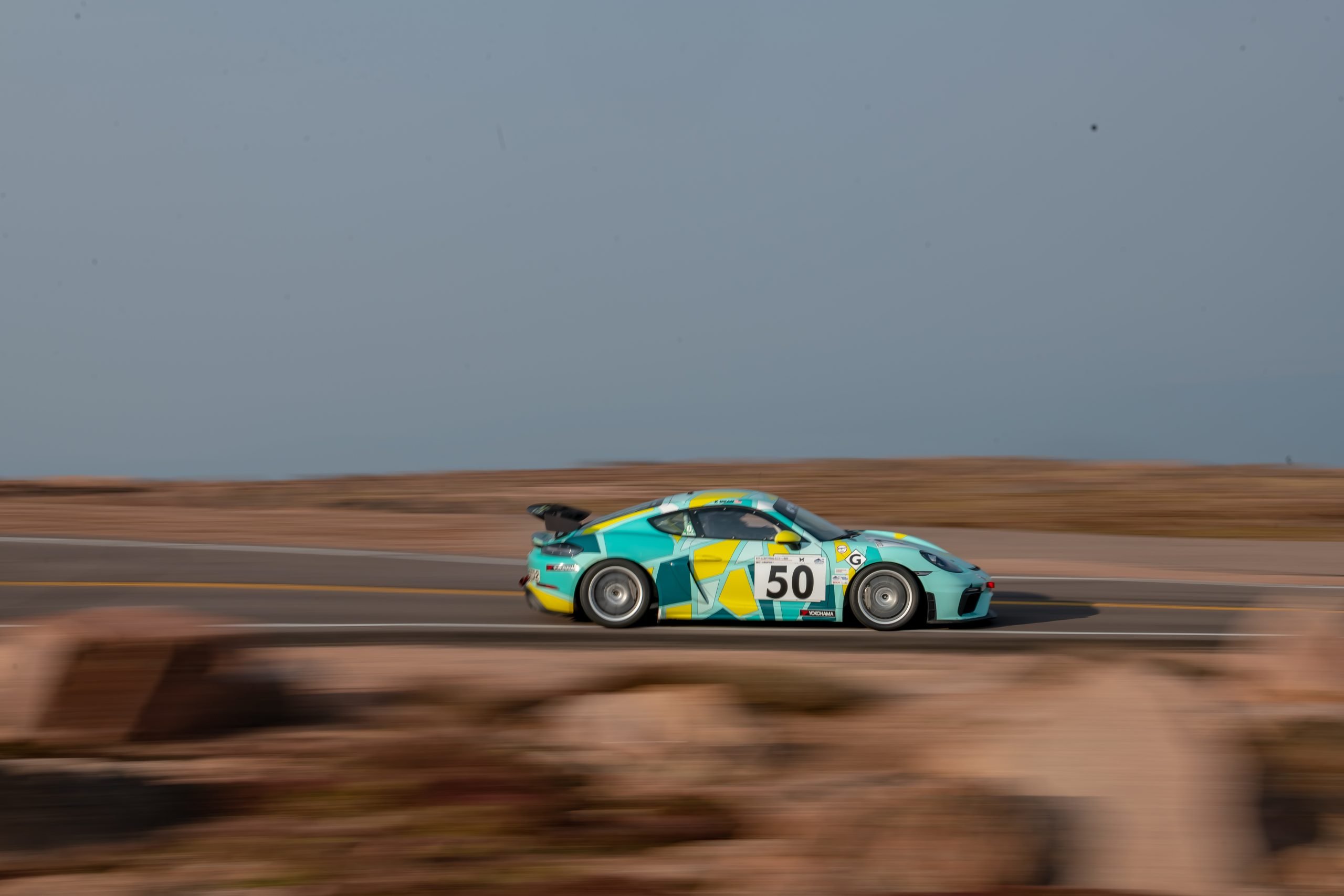 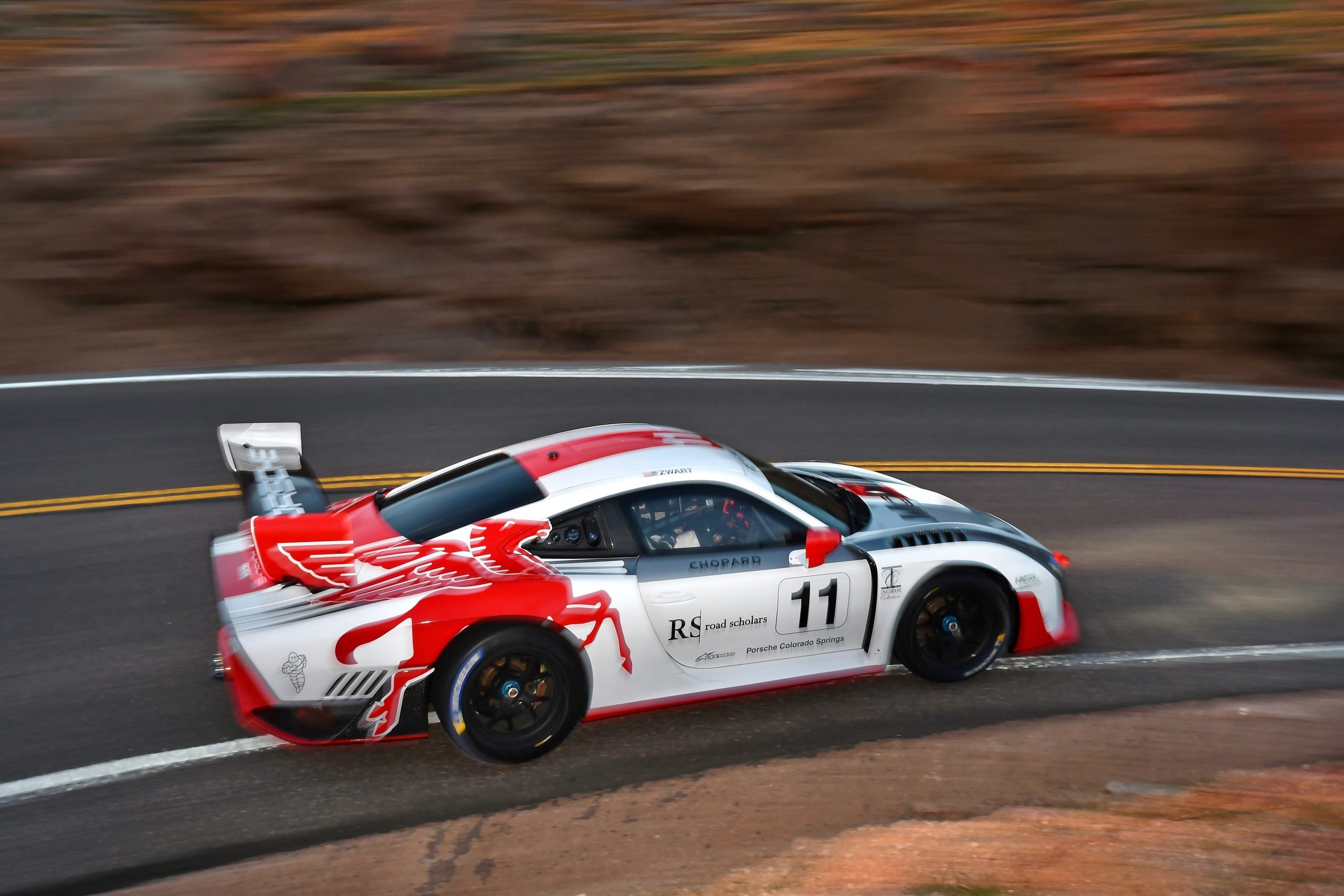 Eight-time winner Zwart’s 935 will be one of the strongest head-turners this year.

There’s a decent showing from the Porsche privateers with modified former road cars in the Open class, too. Akio Kobayashi, a veteran Porsche racer, entered a modified 2000 model year Porsche 911 GT3. Colorado Spring’s Chris Strauch brought in a 1970 Porsche 914 “wide body” in the same division, and fellow Colorado Springs resident Fred Veitch will also race in this class with his 2001 Porsche 911 Turbo. 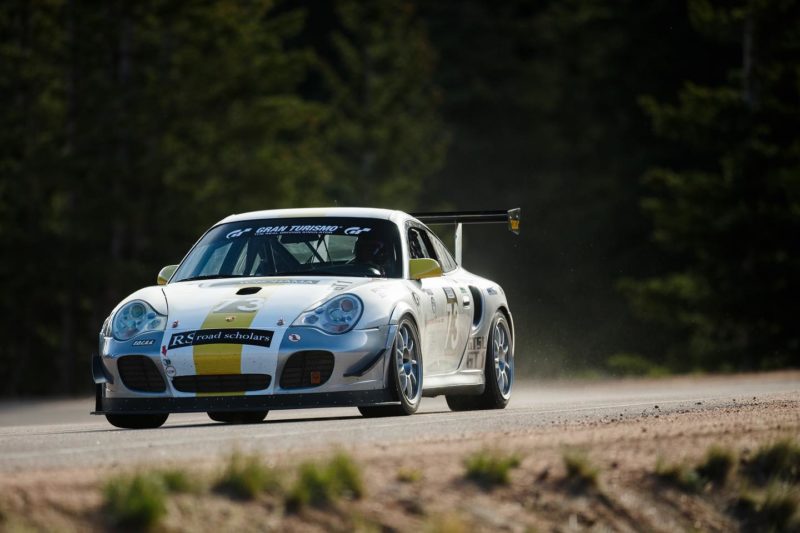 Though Zwart’s 935 may steal the spotlight, there are a few more of race-only jewels from the Porsche factory that should set similar times along the 12.42-mile course. The purpose-built Porsche Motorsport 911 GT2 RS Clubsport machines will be raced by Pikes Peak Hill Climb Hall of Fame member David Donner (Colorado Springs, Colorado) and David Donohue (West Chester, Pennsylvania). Donohue is not only a Pikes Peak class winner and record setter but also a 24 Hours of Le Mans class winner and 24 Hours of Daytona overall winner. He finished second in the Pikes Peak Open division—fourth overall—in a modified 911 GT3 R race car in 2019. Andy Kingsley (Buena Vista, Colorado) will drive a 2002 Porsche 911 Turbo in the division while Robert Prilika (Larkspur, Colorado) will guide a 2014 Porsche 911 GT3 Cup car up Pikes Peak in the Unlimited division. 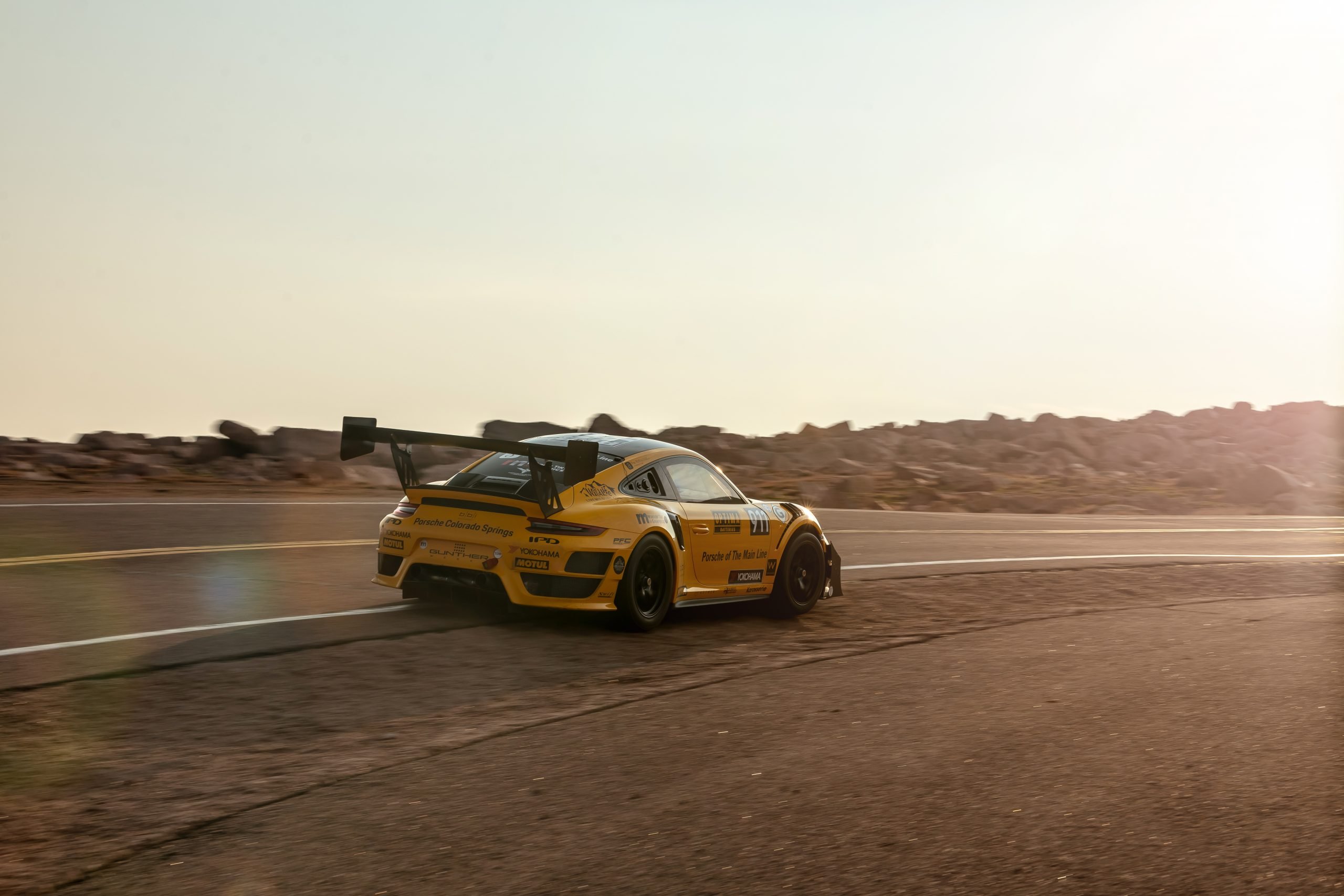 Unfortunately for all involved, this year’s COVID-19 protocol prevents spectators from attending. This changes the ambiance of the weekend considerably; fans won’t get to sit on the sidelines during the race day, practice, or even during tech inspection. It’s the first time that the Race to the Clouds won’t have fans lining the course in its 98 years.

The organizers have addressed this unfortunate change in events by strengthening their social media presence. There are a few ways to follow the events as they unfold: a livestream, radio coverage, tweets, and even a few Pikes Peak-specific apps should make following this spectacle simple and enjoyable. 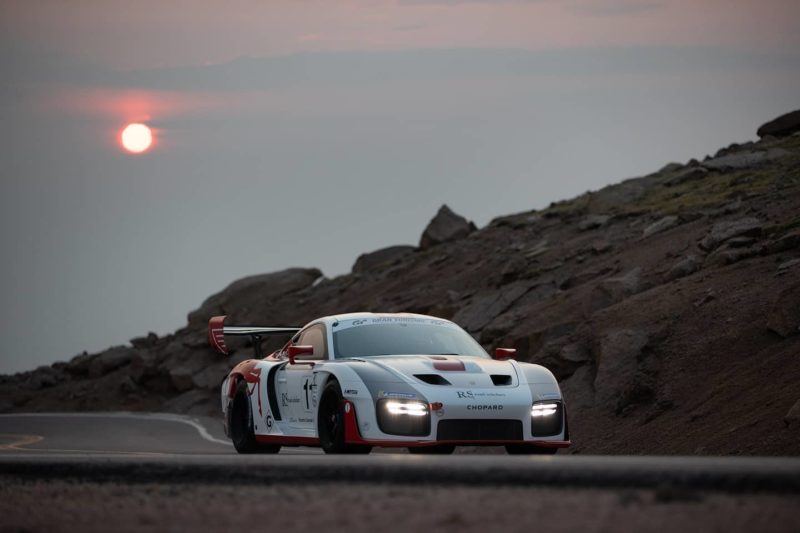 “This new livestream format that allows us to help keep our fans and competitors safe is a dream come true,“ said Megan Leatham, executive director of the Pikes Peak International Hill Climb. “And since America’s Mountain is rather daunting, having global motorsports authority John Hindhaugh provide his entertaining insight and perspective while interviewing some of the world’s most renowned motorsport and automotive personalities will be like nothing we’ve ever done before. There are going to be spectacular camera angles, historic film clips, and live timing, so we hope people don’t miss what’s in store so they can plan to come see us in-person next year.”