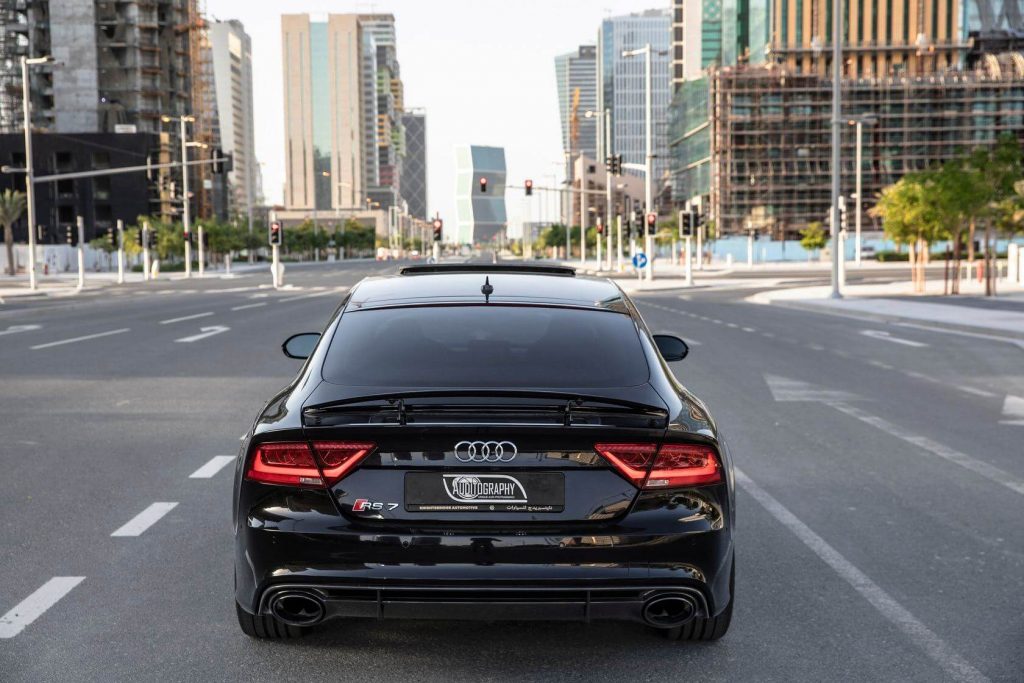 The first-gen Audi RS7 is a seriously fast car and it’s especially fast when tuned. There’s massive tuning potential for its 4.0 liter twin-turbocharged V8, allowing it to make simply astonishing levels of power. In this new drag race video from Carwow, we get to see a tuned 700 horsepower RS7 take on a stock Lamborghini Aventador SV, which makes 750 horsepower.

Surprisingly, this is actually an interesting test. Both cars make at least 700 horsepower, they’re both all-wheel drive and both part of the VW Group. While the Aventador makes 50 more horsepower, it uses a naturally-aspirated V12 engine to do so, which means it needs revs to make the power. While the RS7’s twin-turbocharged V8 provides more torque lower in the rev range. To make up for that, the Aventador is significantly lighter. So which car will be faster?

After failing several launches, with both drivers and cars messing up, they finally get a good quarter-mile run and the Audi RS7 actually jumps ahead on the start. However, the extra power and better aerodynamics of the Lamborghini allow it to eventually take the win.

The Lamborghini also proceeds to take the rest of the wins throughout the acceleration tests, as it is more powerful and lighter. So as soon as it builds its revs, it’s almost impossible to beat. However, it’s impressive that an older luxury sedan like the Audi RS7 Sportback can be made so powerful that it can keep up with a genuine V12-powered, Italian hypercar.

Even more interesting is thinking about what this new RS7 Sportback can do. Its engine is better than the one in the old car, so its tuning potential is likely greater. We can only imagine what sorts of obnoxious power levels it can make.

For right now, though, check out this video to see these cars battle in a quarter-mile drag race.