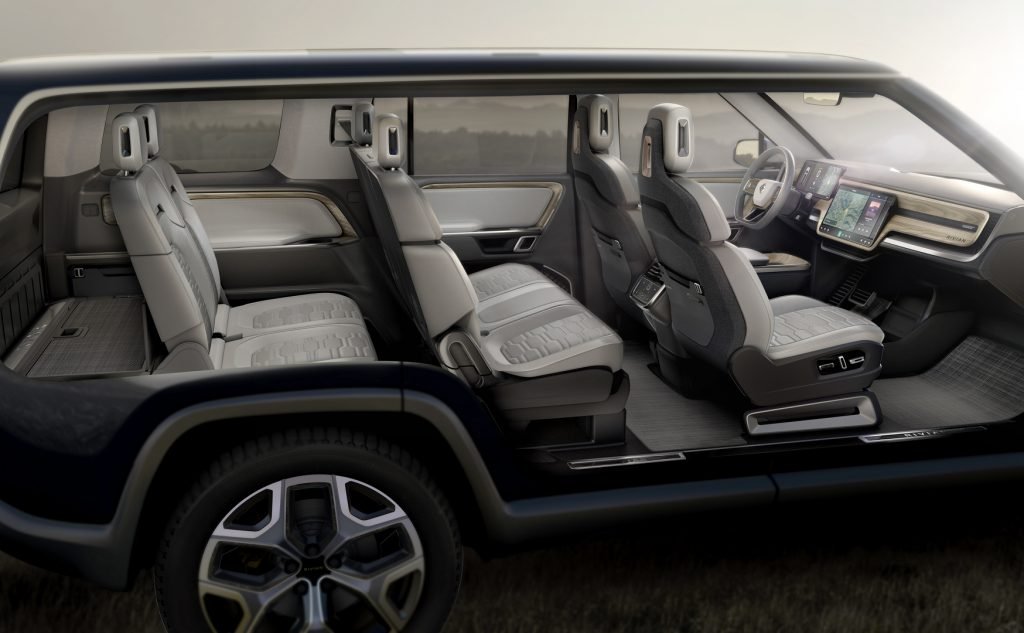 If you haven’t heard of Rivian, we’re not too shocked. Only the nerdiest of car nerds (such as ourselves) really know about Rivian. That’s because it’s a very new upstart electric truck brand that has yet to actually put a car on the road yet. However, we’ve seen Rivians at car shows and seen its press releases and the two trucks it’s going to offer, R1T (pickup truck) and R1S (SUV) seem very impressive. What’s interesting about Rivian is that it’s not just looking to make electric trucks but luxurious electric trucks.

When speaking to Wards Auto, Rivian’s Director of Crafted Quality Richard Vaughan said that the brand is looking at the best interiors in the business for inspiration.

“We’re benchmarking the greatest,” he said told Wards. “We want to ensure our new vehicles are truly world-class”.

Among the brands Vaughan cited as Rivian’s benchmarks was Audi. In fact, the four brands Wards mentions from the interview were Lamborghini, Bentley Lincoln and Audi. To be honest, I haven’t been in any modern Lincolns to know if they truly qualify to be considered among the other brands listed but I’ll take Vaughan’s word for it.

As for Audi, the four-ringed brand has always been known as a maker of excellent interiors. From their quality to their comfort and design, Audi cabins have always been a cut above their competitors’, even BMW and Mercedes-Benz.

Sure, some cabins are flashier or more stylish than those found in Audis but it’s an Audi’s ability to blend comfort, luxury, style, technology, ergonomics and build quality into one beautifully cohesive package.

It’s interesting to see an upstart EV maker looking to legacy brands for inspiration when it comes to interiors. The only other successful upstart EV brand is Tesla and it’s constantly bucking trends, swimming against the current created by legacy brands like Audi, even when it actually makes its cars worse in the process. So to see Rivian actually embracing legacy automakers is refreshing. Also, it might mean that the new electric trucks have some great interiors.