After the success of Porsche’s WEC team racing last weekend at Spa-Francorchamps, the IMSA team was expecting some good results in Saturday’s GT-only round at Virginia International Raceway. Unfortunately, a series of nasty events saw the 911 and 912 finish no higher than 3rd and 5th in the 6-car class. Competition from BMW and Corvette was stiff, but Porsche’s RSRs had the measure of the field in pure lap time, qualifying on pole and leading the opening stint with a clear advantage. Then it all fell apart.

While leading the race polesitter Fred Mako was forced to pit on lap 11 with a punctured tire. With an exquisite race strategy Mako and teammate Nick Tandy managed to work their way back through the field to re-take the lead and stretch out a huge 18 second gap to second place. As the 2 hour and 40 minute race came to a close it looked like Porsche would wrap up its maiden victory in IMSA with the new 2020-spec racer, but it all fell apart when another tire blew apart and dropped the car down the order. Tandy brought the car back out and set the fastest lap of the race, but was unable to improve any further than third. 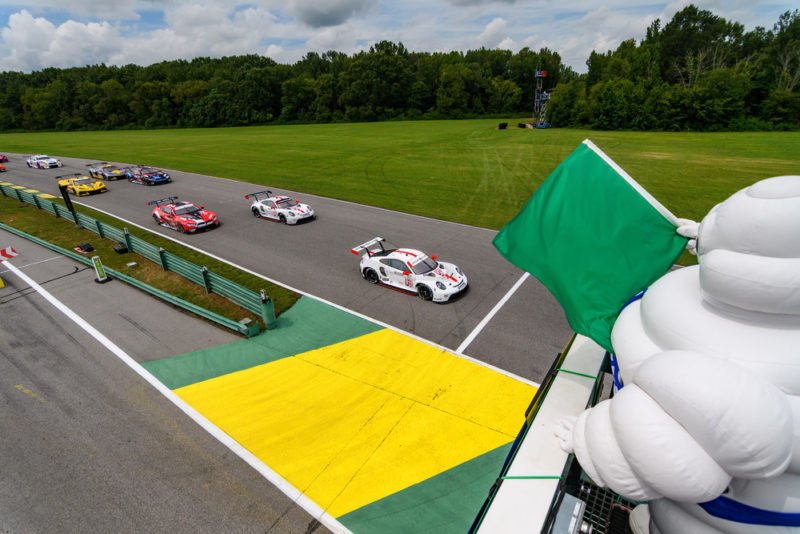 The 912 had similar stints at the front of the field with Earl Bamber and Laurens Vanthoor at the wheel. The #BamThor car managed to pull a gap on the field with a mix of speed, consistency, and good strategy. However, during a particularly dicey battle with one of the BMWs the car sustained damage to its diffuser and was forced to pit from the lead for repairs. Fixing the car cost the team three laps of green-flag running and any chance at a good result. The car finished down in 5th place, having gained back only one of its laps.

When the GTLM class field is made up of just six cars, any mistake or bad luck will drop you down to the back of the grid in short order. This race was Porsche’s to win, but lady luck had other ideas. Maybe next time. 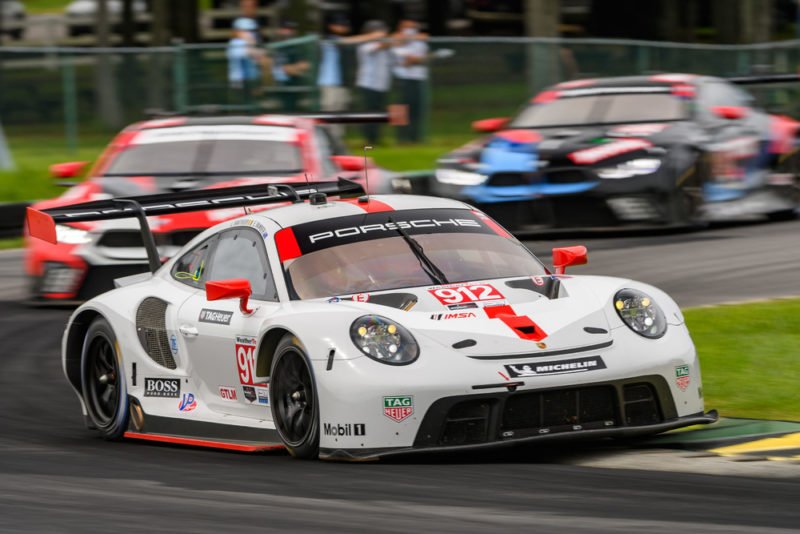 Steffen Höllwarth (Head of Operations IMSA Championship): “Both cars started the race from the first grid row, we were leading with both vehicles and ultimately finished on third and fifth. That’s bitterly disappointing. Two punctures on our number 911 car, extensive repairs on 912 – that was the end of our winning chances. Our pace was great, and the team worked perfectly. For the upcoming race at Road Atlanta we want to finally get through a race without hiccups and claim the first win of the year with the new Porsche 911 RSR.”

Frédéric Makowiecki (Porsche 911 RSR #911): “I’m absolutely gutted. To be honest, this third place is the saddest podium of my career. We were so strong this weekend. In fact, our team dominated the weekend. It’s just terrible that third was the best we could do. This result is so unjust for the team, the car and us drivers. And it also makes me sad that we’re falling further and further down the rankings in the championship. We really don’t deserve that.”

Laurens Vanthoor (Porsche 911 RSR #912): “I’m utterly frustrated. Our unlucky streak just doesn’t end. During the last three races, we were on course to win only to be robbed of the fruits of our hard work. Something always crops up. The team worked perfectly, our car was ultra fast and the drivers tapped the full potential. Sadly, there was an unlucky contact which damaged the rear. Now we’re looking ahead. At some point, we’ll be on the sunny side again.” 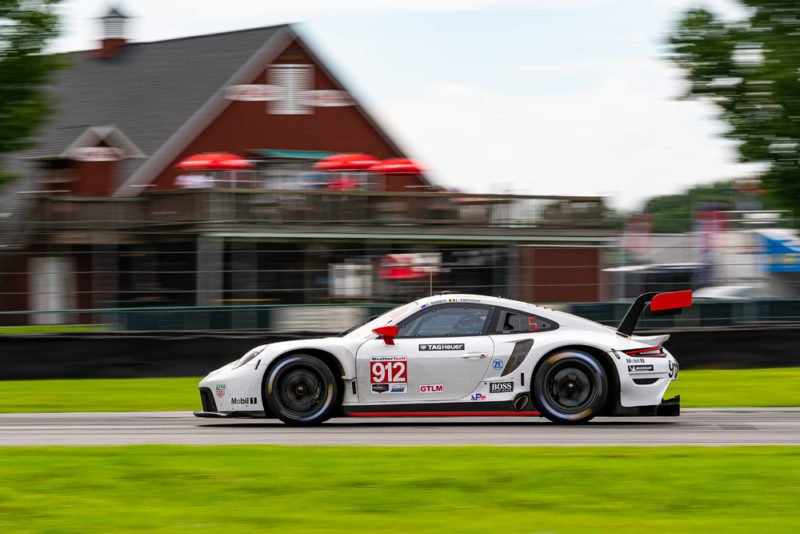