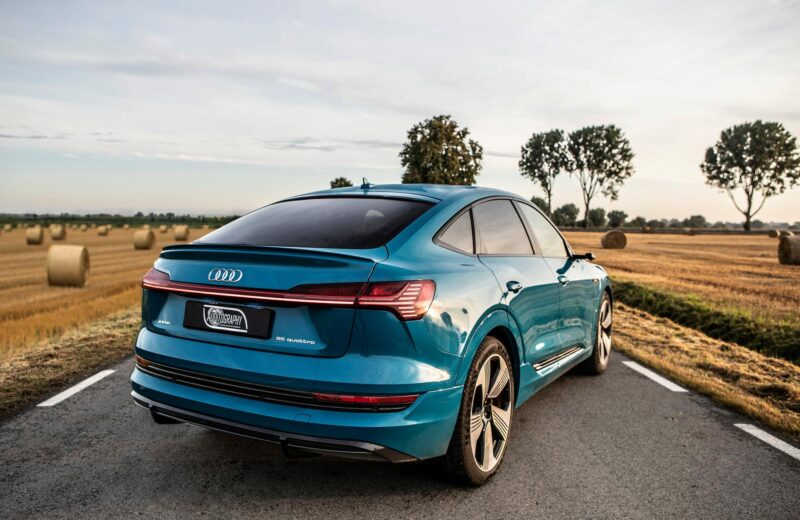 Audi’s e-tron SUV siblings aren’t the most exciting EVs on the market. With barely over 200 miles of range and an overall demeanor that leans more toward traditional luxury SUV, the Audi e-tron Sportback and its standard e-tron sibling are both a bit reserved in the world of EVs. Having said that, they’re also both fantastic luxury vehicles that just so happen to be powered entirely by electricity. So if you’re in the market for a great luxury SUV that has the added benefit of being all-electric, check this video out.

In typical Auditography fashion, this video shows us all of the nitty-gritty, up close and personal and in dramatic style. So if you’re a potential customer, this video will show what it looks like in the flesh, show off its interior and even some of its tech, such as its side mirror camera system.

The Audi e-tron Sportback is the sportier looking of the two electric SUVs from Audi, thanks to its more aggressive roofline. However, under the skin, it’s identical to its more traditional looking sibling. That means it gets a 95 kWh battery pack with two electric motors that make 355 horsepower and 414 lb-ft of torque in normal circumstances. Additionally, there’s a Boost Mode that bumps power up to 402 horsepower and 490 lb-ft for up to eight seconds, by which time, you’ll be over most legal highway speeds in the US.

Total range for the Audi e-tron Sportback is 218 miles, which honestly isn’t great, especially when you consider just how large its battery pack is. Most other EVs with a 95 kWh battery have far superior range. The e-tron Sportback’s issue is with its weight. It’s a dense machine, weighing in at well over 5,000 lbs. However, despite not having the best range in the segment, it’s still far more than enough for most daily commutes.

If you’re interested in the Audi e-tron Sportback, check out this video, as it will show you a lot about the latest Audi EV.

The post Check out the Audi e-tron Sportback up Close and Personal appeared first on QuattroDaily.