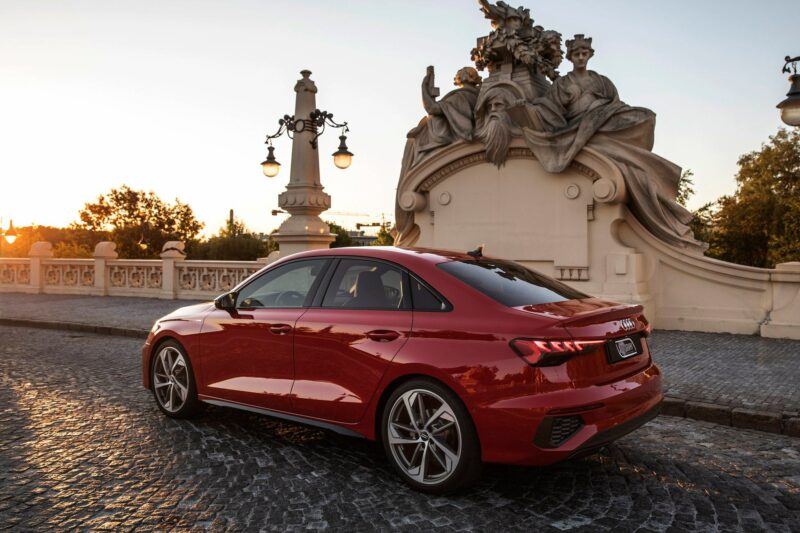 By now, we’ve all seen videos and reviews of the Audi A3 Sportback, the more popular version of the A3 in European markets. However, for us American enthusiasts, the Audi A3 Sedan is the only variant we’ll have to choose from. Thankfully, Auditography has put out a new video featuring the A3 Sedan in great detail.

The 2021 Audi A3 Sedan isn’t yet available for American customers to test out or even see in person. So videos like this one are the closest we’re going to get to the car in a long while. Thankfully, it looks very good.

While the A3 Sportback might be the better looking version of the two, this is the best looking Audi A3 Sedan yet. In this video, we get to see it in Tango Red, with both S-Line and Black Optics packages equipped, and it’s a genuinely cool looking sedan. It’s sharp and aggressive and the Tango Red paintwork really compliments its design and accentuates its body lines. The black accents also give it a bit more menace.

Inside, the Audi A3 Sedan has exactly the same cabin as the Sportback, which is to say very good. It’s sharp, sporty and very tech-forward, which fits this era of customer very well. It still gets Audi’s new Touch Response MMI screen but ditches the touchscreen climate controls for physical ones and, if we’re being honest, is better for it. Those physical controls are easier to use while driving. Also, the S-Line seats are fabulous and worth the cost of the package alone. 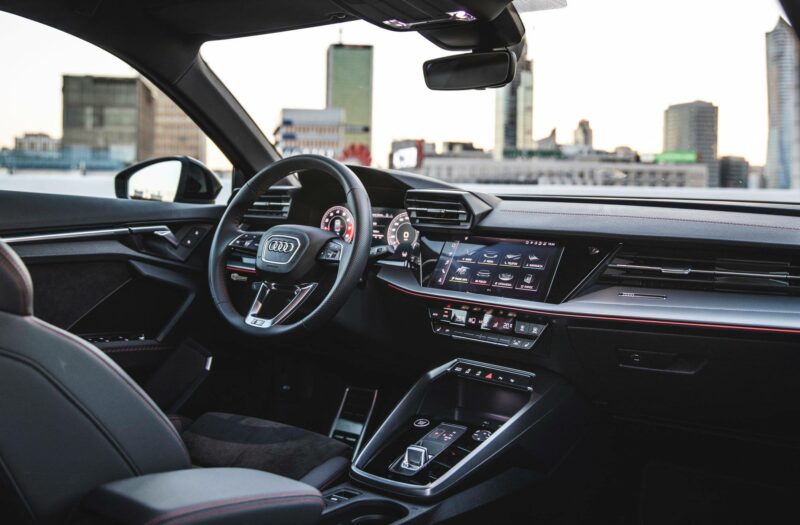 So while we won’t get the ultra-cool and far more practical A3 Sportback here in the ‘States, at least the Audi A3 Sedan we’re getting looks great. Fit it with the right color and both the S-Line and Black Optics packages and you’ll have a showstopper of a sedan that is sure to impress friends.