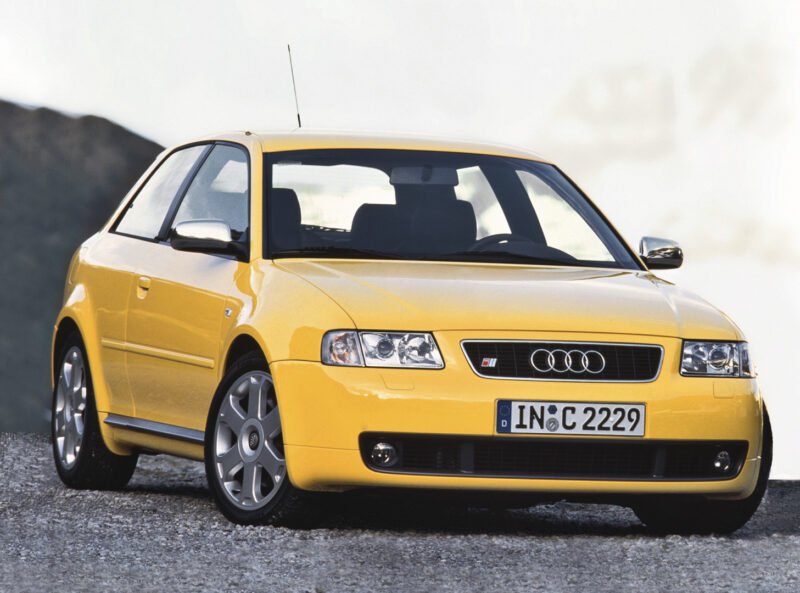 Not much love is give to the original Audi S3, especially here in the ‘States where most enthusiasts are unaware of its existence. However, in Europe, the first-gen S3 was actually a surprisingly good little car and it can now be bought on the cheap by anyone looking for some inexpensive fun.

The original Audi S3 was sold from 1999-2003, which gave it styling from the B6-generation Audi A4 and S4 (you might already know how we feel about that car). So it’s a great looking little hatchback and has a fantastic interior to boot. It has the classic three-spoke Audi S-Line steering wheel and the old-school blac gauges with white needles. Lovely.

Under the hood is a tuned version of the standard 1.8 liter turbocharged four-cylinder that was sold in everything from the Mk4 Volkswagen Jetta to the B6 Audi A4. For Audi S3 duty, it made 201 bhp for the 1999 and 2000 model years. However, in 2001, it received a mid-cycle facelift that also bumped power to 222 bhp. Combine that punchy turbo-four with a six-speed manual and all-wheel drive and you have a pretty good recipe for fun.

Especially when you consider this was a good ear for Audi’s driving feel. The O.G. Audi S3 still has hydraulic steering and that near-perfect ride/handling balance that all ’90s/’00s German cars had. That was before everything became too stiff and car companies began relying too much on adaptive dampers. There’s no adjustable suspension settings in the original S3 — just one setup that’s just right.

In the UK, as Car Throttle has found, you can find the original Audi S3 for under £3,000, which is quite the steal for a proper Audi ‘S’ car and one of the cooler, rarer hot hatches of its era. It’s almost a forgotten car among enthusiasts but it’s one that deserves some love and could be a very fun, very affordable car for the young enthusiast.

The post First-Gen Audi S3 is an Affordable Hot Hatch in Europe appeared first on QuattroDaily.