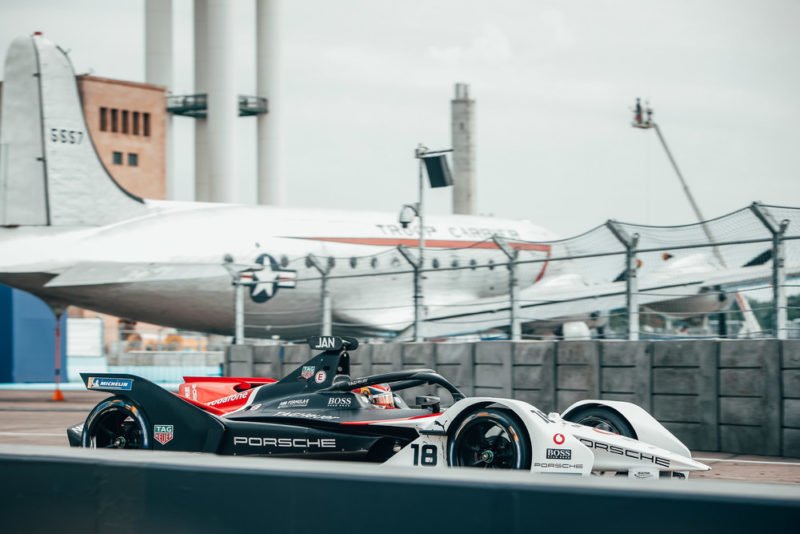 The 11th and final race of the 2019/20 season of FIA Formula E took place on Thursday afternoon, again from the Tempelhof Berlin airport. Building from the success of round 10, Porsche had hoped for another big points haul, but it was not to be. In qualifying Andre Lotterer was balked by traffic during his one flying lap and was forced to start 20th on the grid. Meanwhile, Neel Jani made it into the Superpole segment of qualifying and ultimately started the race 8th. His best lap was just two tenths of a second from pole.

During the race Lotterer was making incredible passes left and right, but starting from 20th he just couldn’t find his way up into the points paying positions. He felt that his car wasn’t as good in round 11 as it had been the previous day in round 10, and only made up six positions to finish 14th. The race went without any yellow flag or safety car interruptions, so once the field started to spread out it was much more difficult to pass in the 45 minutes plus a lap race. The team made some tweaks to Jani’s aero after qualifying and it turns out the changes didn’t suit his driving style very well. He dropped down the charts like a stone from lap 1 to the end, falling out of the points to finish in 15th, just behind his teammate.

Lotterer finished the season eighth in the championship standings with 71 total points, having reached the podium on two occasions including the season opener in Diriyah. Neel Jani didn’t manage to score any points in the first nine rounds of the championship, grabbing eight points in the penultimate round from Berlin on Wednesday. Porsche’s 79 points were only good enough for eighth in the 12-team championship. Normally for a newcomer that would be pretty impressive, but Mercedes Benz EQ Formula E team joined the series at exactly the same time Porsche did and it finished 3rd.

Some might be worried about the pace Porsche showed in its debut season with one driver consistently in the mid-pack and the other trundling about at the back. Personally, I’m almost convinced that Porsche was using the 2019-20 season as a testing year to get a handle on things like power use, brake regeneration, and lap time management. Jani isn’t known to be the fastest driver in the world, though he did set a lap record in the 919 Evo at Spa two years ago. He’s definitely known for his ability to develop a car and provide consistent lap times. He’s the foundation upon which Porsche will build its Formula E empire.

On Friday Porsche announced it would be hiring Pascal Wehrlein to take over Jani’s car for the 2020-21 season scheduled to start this fall. Wehrlein was the youngest DTM champion in history, winning the title at 20 years old before he made his move into Formula 1. He contested two seasons of the topflight open wheel series for Manor and Sauber, meanwhile also serving as test driver for Mercedes and currently Ferrari. He was hired for the 2019-20 season to debut his racing talents in Formula E with Mahindra Racing, where he scored 14 points and finished 18th in the championship. 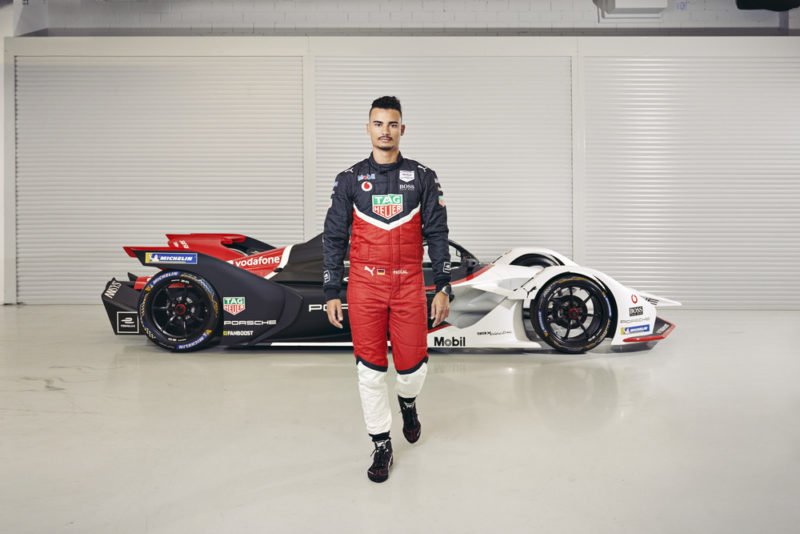 Fritz Enzinger (Vice President Porsche Motorsport): “We are delighted to welcome Pascal to the Porsche family. He has gained a lot of experience in different race series at his young age, where he has always sparkled. We would also like to thank Neel Jani for his outstanding commitment. He played a significant part in the development of our Formula E project and thereby contributed greatly to the successes of the TAG Heuer Porsche Formula E Team this past season. Neel will stay with Porsche. We will see him in action in future motorsport projects again very soon which I’m very pleased about. With Pascal and André we will have two experienced, top-class Formula E drivers in the 2020/2021 ABB FIA Formula E World Championship, who have everything it takes to celebrate further success.”

This chapter is over, and it’s time for Porsche to write a new one. Will the team be settling for 8th in the championship next season? Don’t count on it.

The post Porsche Celebrates Its First Season In Formula E As A Success appeared first on FLATSIXES.