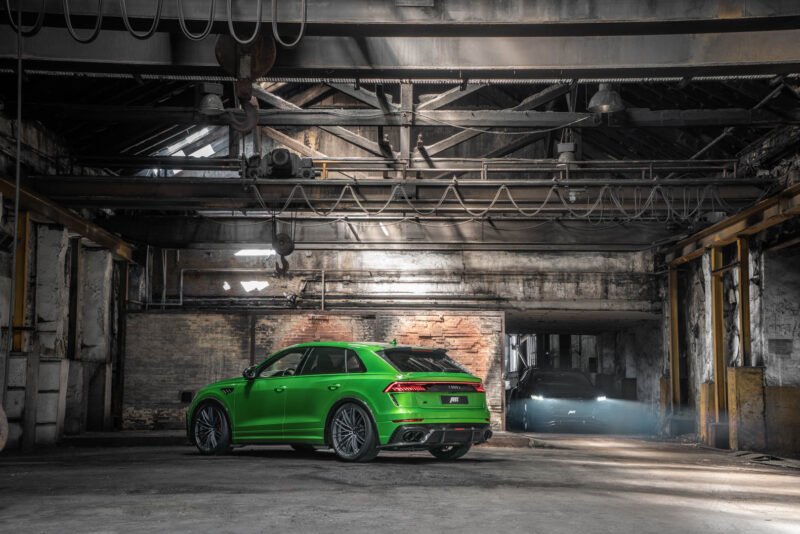 ABT Sportsline just launched its new creation, based off of the Audi RS Q8, the ABT RSQ8-R and it’s an absolute monster of a machine. Not only is it monstrously powerful but it’s one of the most aggressive looking SUVs in the world, thanks to its carbon fiber aero everyday and massive 23-inch wheels. In this new video from Auditography, we get an up close look at the RSQ8-R in stunning detail.

ABT took the standard RS Q8’s 600 horsepower 4.0 liter twin-turbocharged V8 and massaged it a bit to make a whopping 740 horsepower. Thanks to all of that power, and a de-restricted speed limiter, the ABT RSQ8-R is said to be capable of 214 mph. That’s supercar territory in an SUV that weighs far more than two tons. Considering the fact that the RS Q8 has the aerodynamics of a cinder block, all of that power is just punching it through to over 200 mph. I don’t know whether that’s amazing or terrifying.

You also get to hear the thing in this video. ABT not only gave it a ton of power but also added an all-new stainless steel exhaust, so it should sound much more aggressive than the standard car. And it does. Oddly, it’s still rather quiet from the inside. In this video, we get a shot of the gauge cluster and it hits triple digit speed and you barely hear the engine, which is a bit strange. You’d think that someone buying a 740 horsepower Audi RS Q8 that looks as aggressive as this one would want to hear the exhaust a bit more.

The ABT RSQ8-R isn’t for everyone’s tastes but for those who want the ultimate SUV, one that can not only lap the Nurburgring at a blistering pace but also keep up with supercars on the Autobahn, this is for you.

The post VIDEO: Check out the ABT RSQ8-R Up Close with Auditography appeared first on QuattroDaily.