When the Audi RS Q8 first hit the scene back in November 2019, it immediately jumped to the top of the performance SUV pile, setting a lap time at the Nurburgring that beat every SUV’s before it. So it’s a seriously fast machine, despite weighing over two tons. However, there’s always room for more, as the wonderful lunatics at ABT Sportsline have made obvious with the ABT RSQ8-R.

To celebrate 125 years of existence, ABT Sportsline has created exactly 125 examples of the ABT RSQ8-R, which is essentially an RS Q8 on steroids.

Under the hood of a standard RS Q8 lies a 4.0 liter twin-turbocharged V8 with 591 horsepower and 590 lb-ft of torque. For ABT-duty that engine gets bumped to 740 horsepower and 678 lb-ft (920 Nm) of torque, thanks to a new intercooler and an engine tune, mostly. Its top speed has also been raised to 214 mph (315 km/h), which is frankly absurd in such a big, heavy SUV.

The ABT RSQ8-R will also let you know just how powerful it is, in fact it will shout it at you, thanks to its new stainless steel exhaust. Those four exhausts exit through 102 millimetre carbon fiber tips, so they’re just as loud looking as they are to hear. 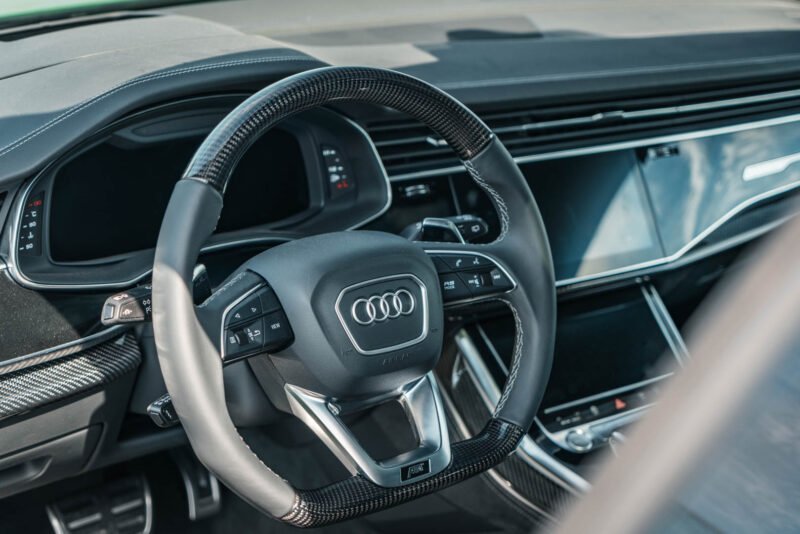 In fact, the entire exterior of the car is given carbon fiber aero and accents, to the point that the car in these photos is essentially two-tone, green and carbon fiber. If you like carbon fiber, this is a dream come true. That obsession with carbon fiber extends to the inside, as well. The entire cabin is filled with carbon fiber, even the steering wheel and the seat bases. It’s an extremely extensive use of carbon. There is a very nice touch in the cabin, though. The “1 of 125” is cool and will remind all owners of just how special their car is. That is, if the 740 horsepower doesn’t already do the trick… 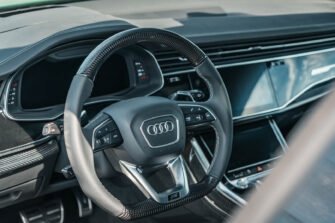 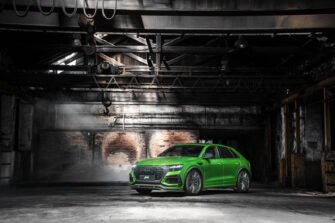 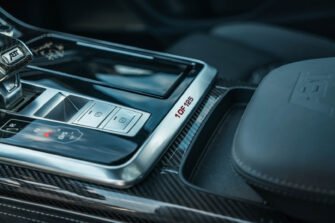 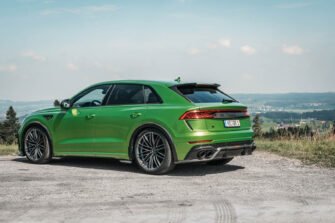 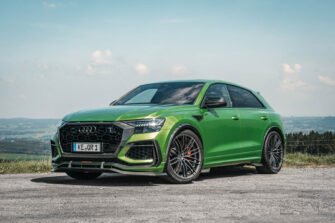 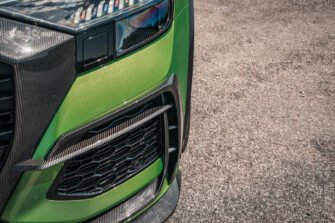 The post The New ABT RSQ8-R is an Audi RS Q8 on Steroids appeared first on QuattroDaily.