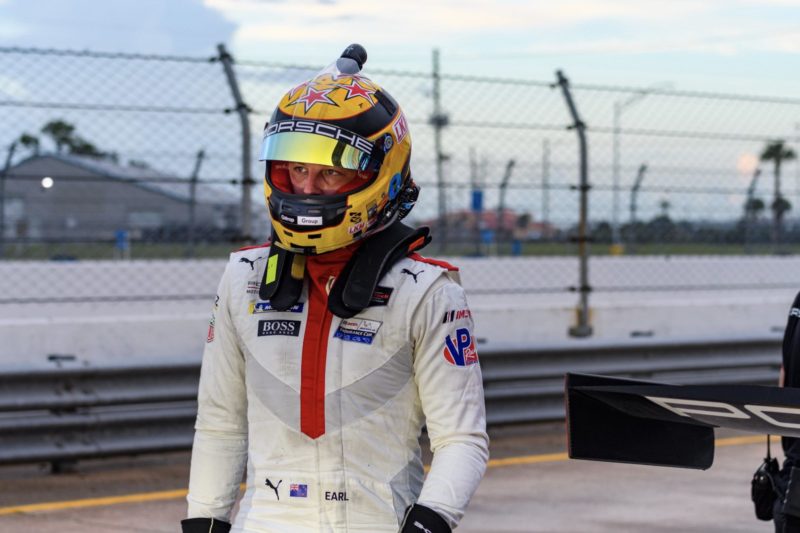 Affable Kiwi and factory Porsche 911 RSR driver Earl Bamber usually shares his driving duties with Laurens Vanthoor as half of the duo colloquially known as #BamThor. The pair can typically be seen racing in IMSA’s GTLM class where they dominated the 2019 championship standings. You may also recognize Earl as part of the 919 Hybrid LMP1 team that successfully brought home Le Mans 24 overall victories for Porsche in 2015 and 2017, and then secured an FIA World Championship in the WEC in 2017. He’s a former open wheel ace turned Carrera cup champion, and even has a pair of Bathurst 12 hour victories to his name as well. He’s clearly a mighty talent behind the wheel, so when NASCAR announced that it would be running the Daytona road course for the first time in history, Richard Childress Racing called in Bamber as a road course ringer to wrestle their Chevrolet Camaro stock car around a circuit he’s very familiar with.

Earl has raced at the 24 Hours of Daytona a total of six times since 2014, and while his team has never won the race, he’s stood on the podium three times. This season, when IMSA ran the Daytona race as an endurance race and then a sprint on July 4th, Bamber and Vanthoor placed second in both events. The man knows the circuit well, having run hundreds of laps in this layout. Even though his traditional Porsche equipment is significantly better matched to the high-speed heavy-braking track than the NASCAR Xfinity series stock car he’ll be piloting on Saturday, Earl is good enough at managing traction and braking that I expect him to place quite well in this race. Especially if it rains.

“I’ve dreamed about competing in NASCAR my entire life, so I am so thankful to Richard Childress, KCMG and everyone who has played a role in creating this opportunity for me,” said Bamber. “I know that RCR has a storied history of cultivating talent and will give me all of the tools I need to succeed. I’m looking forward to the race.”

How different is an Xfinity stock car from Earl’s regular ride? Well, the Xfinity car weighs 3300 pounds with a front-engine carbureted 5.9-liter V8 making around 650 horsepower. Meanwhile, Porsche’s 911 RSR weighs 2740 pounds with a mid-engine direct-injected 4-liter flat-six making about 510 horsepower. Add in that the RSR is running finely tuned Michelin slicks on 18″ wheels around high-performance carbon brakes, while the NASCAR Camaro has big Goodyear radial slicks with tons of sidewall on a 15″ steel wheel with undersized cast-iron brake rotors inside. The high speeds and deep braking zones of the Daytona road course will mean that brake performance will be key during this race. If Bamber can manage his brakes better than the rest of the field, he could do quite well.

You can cheer for Bamber yourself when the race is broadcast this Saturday, August 15 at 3 p.m. live on NBC Sports Network.

The post Porsche Sportscar Ace Earl Bamber Will Make His NASCAR Debut At The Daytona Road Course This Weekend appeared first on FLATSIXES.