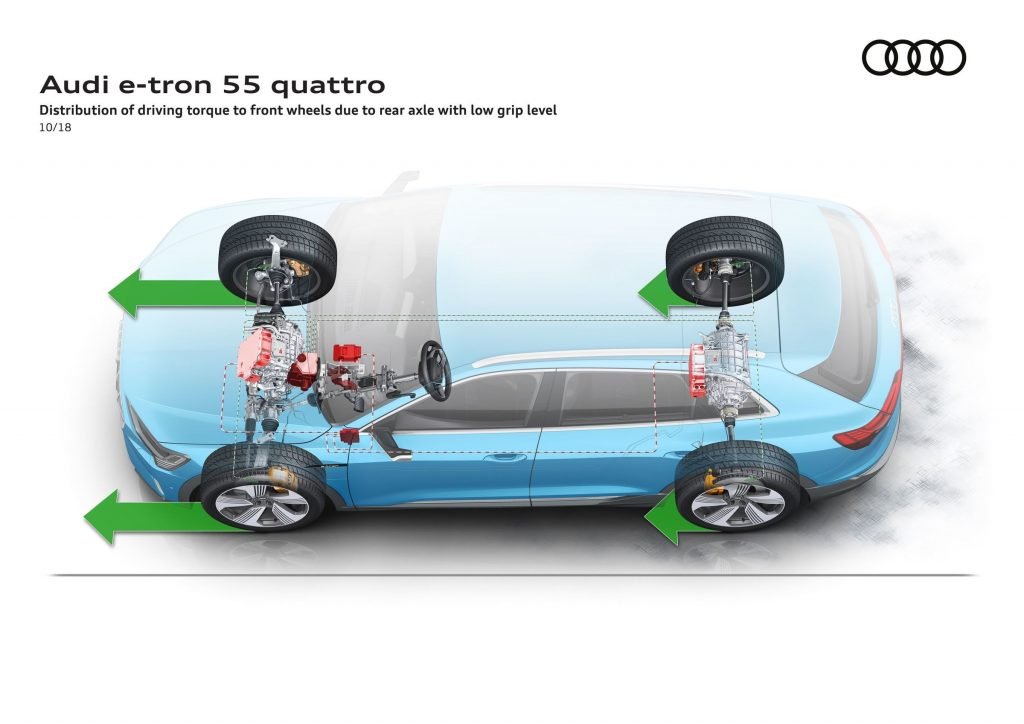 In the latest series of Audi’s tech talk, we get to learn about the electric Quattro system that’s featured in all Audi e-tron models.

Traditionally, Audi’s Quattro system has relied on a centrally-located Torsen differential that routes power to the front and rear axles, based on available grip. It started out as a viscous coupling diff, which would clutch-up and send power to the opposite axle of one that was spinning. So if the rear wheels were spinning too quickly, that would cause the diff to send more power to the front axle. While that’s extremely effective, and modern systems have become far more advanced, Audi’s new electric Quattro system is far faster to react and far more controllable.

“For us, the electric Quattro is the perfect combination of powerful performance and high efficiency,” says Michael Wein, Project Leader All-Wheel Drive Control Systems. “We combine the efficiency advantages of a driven axle with the traction and dynamic performance of an all-wheel drive system.”

It’s also far quicker than any mechanical all-wheel drive system to respond. In fact, the car’s systems can monitor wheel spin and/or traction losses, assess how much front axle traction is necessary and then engage said front axle all in under thirty milliseconds. On average, that’s four times faster than a mechanical all-wheel drive system can respond. 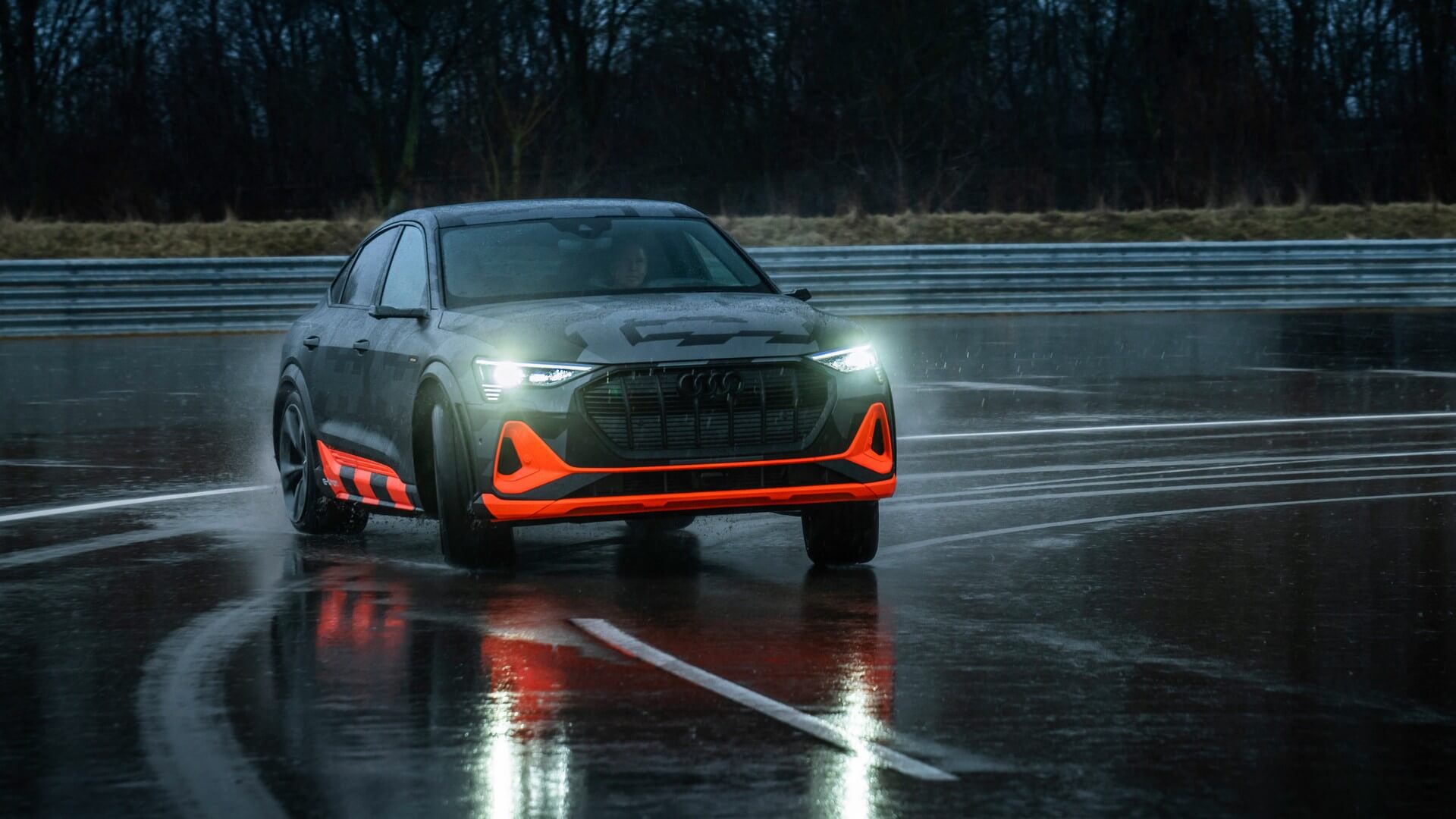 Admittedly, this isn’t unusual in electric cars. In fact, all electric cars use similar setups. However, Audi’s expertise in the world of performance all-wheel drive does give the brand an advantage in tuning the system. For instance, it can use a combination of driven electric axles, regenerative braking and brake-torque-vectoring to reduce understeer as much as possible, provide the most traction available and even make the car more fun and engaging to drive.

In the case of Audi e-tron S models, which boast three electric motors — two at the rear and one at the front — the system can actually vary torque between the rear axles far quicker than a traditional differential. Not only is it faster in its response but it’s also more precise, providing the exact amount of power to each rear wheels for the best possible performance.