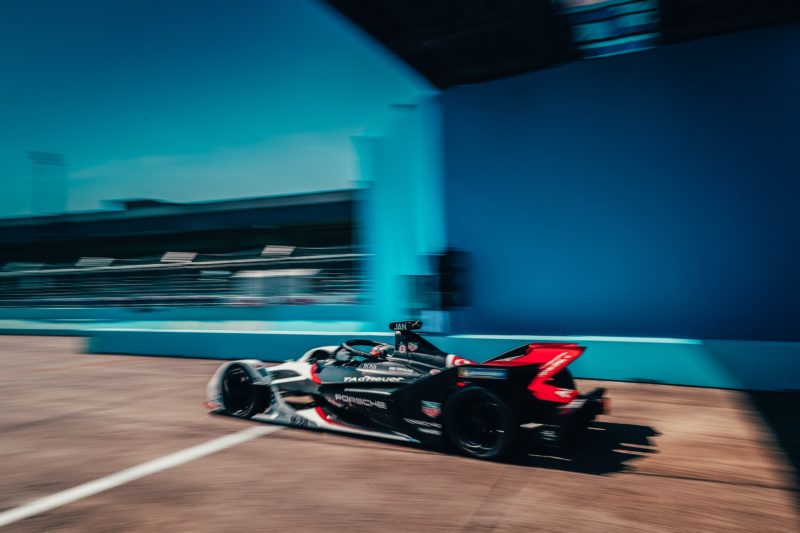 The penultimate round of Porsche’s efforts in the 2019-20 Formula E season has come to a close with the team’s best result yet. After 45 minutes plus a lap, both Porsche 99X Electric racers ended up deep into the points paying positions, and the better of the two just barely lost out on a podium place. For the team’s first year in the sport, this is an incredible result and only goes to show what Porsche is capable of when it devotes itself to an endeavor. This time a year ago we were still cheering on the 919 Evo as it searched far and wide for lap records to break, but this year we’re deep into the Formula E season and Porsche is still doing great things and making big moves. No, they aren’t coming out in their first season with wins, but regular points scoring events is a great springboard for next season.

Porsche was aided in qualifying for round 10 by the fact that four former race winners didn’t leave pit lane in time to set a lap in qualifying. Jean Eric Vergne, Lucas di Grassi, Sebastian Buemi, and recently crowned champion Antonio Felix da Costa didn’t set a lap time, and were forced to start the race from the back. Without those four fast cars to contend with, Neel Jani managed to set the third fastest time, while teammate Andre Lotterer started the race from 7th.

Unlike prior races, this one went off without a hitch for anyone as the race went green flag running from flag to flag. At the start everyone settled into a quick rhythm and Lotterer set about finding his way toward the front. Jani pounded out some laps at the front, maintaining third position but falling back a couple of seconds from the front two. By the time Lotterer caught up and passed everyone for fourth and gained his way toward Jani’s rear bumper, Neel had already taken one of his Attack Mode activations. When Jani dipped out for his second Attack Mode, Lotterer moved up into third with two Attack Modes left in the race. 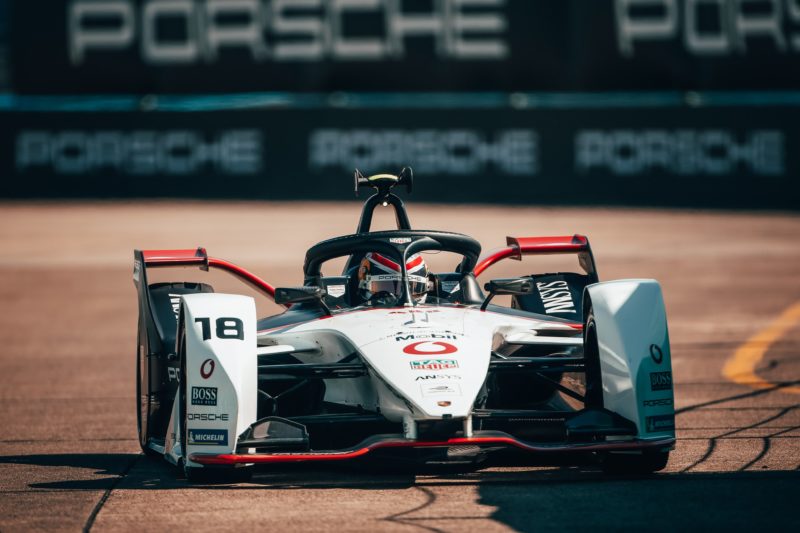 In the closing stages of the race, Jani continued to fall slowly back and Andre was getting hounded for third by Audi’s Rene Rast. On the final lap it came down to a knock-down-drag-out fight between the two German manufacturers as the Porsche and Audi bashed into each other several times. You’ll just have to watch the action unfold below.

Ultimately Rast took over third, pushing Lotterer down into fourth position at the finish. It was a very good fight from both of them, and fourth from a seventh place qualifying spot on the grid is a good improvement for the Porsche.

In the end Jani managed to score his first points in the series finishing in 6th with 8 points. Lotterer grabbed another 12 points for his efforts in this race, hauling him up to equal fourth in the championship on 71 points, dead even with Jaguar’s Mitch Evans. There is one more race in the series going down tomorrow, and with another good points paying haul like that, Porsche and Lotterer could move up a couple more positions before the end.

The post Both Porsche 99X Electrics Up Into The Points In Formula E Round 10 appeared first on FLATSIXES.