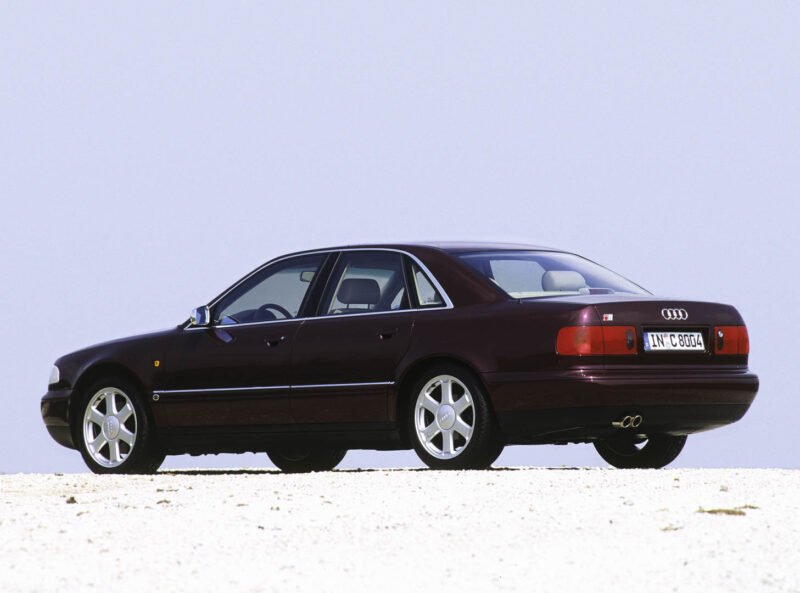 One of my favorite Audis of all time is the D2-generation Audi S8. It was the first S8 of all time and it was Audi’s answer to cars like the BMW 750i and Mercedes-Benz S550. While it wasn’t as sporty as the Bimmer, nor as luxurious as the Benz, it was a superb blend of both with looks to kill. It was also revolutionary in that it used an aluminum space frame chassis, which was aero-space grade stuff at the time. Oh and it was used in the movie Ronin in one of the greatest car chases ever on film.

In the latest video from Auditography, we get to take an up close look at a stunning example of the D2 Audi S8. It’s one of the best sedan designs of the era and is bordering on understated luxury perfection. If it weren’t for the E38-generation BMW 7 Series of the time, the D2 S8 would have been considered to be the best looking luxury car of the era. Though, it’s impossible to deny the absolute sedan perfection that was the E38 BMW 750i M Sport. The D2 S8 was a very close second, though, and its engine was more exotic.

Powering the D2 Audi S8 was a 4.2 liter naturally-aspirated 40-valve V8 that came in two different flavors, depending on the model year. Pre-facelift cars (prior to 1999) made 335 horsepower and post-facelift cars (1999-2003) made a whopping 365 horsepower. More important that the power, though, was the fact that it revved beautifully, had a lovely powerband and made a delicious noise.

That last bit is on display in this video, where you can hear the intoxicating growl of that free-breathing V8. With a high-flow cat upgrade, the D2 Audi S8 would sound epic.

The only real downside to the S2 S8 is currently its transmission. While its five-speed automatic was fine back in its day, it’s frustrating to use nowadays. It’s dimwitted and slow by modern standards and will be occasionally be annoying for current customers. Also, after 100,000 miles, they tend to fail and it’s a hefty repair bill (although, I have seen manual swaps and they’re epic).

Personally, I love the D2 Audi S8. It’s a sensational car and one I’d buy in a heartbeat if it weren’t for fear of catastrophic transmission failure. I don’t need that repair bill in my life.

The post VIDEO: Check Out This Gorgeous D2 Audi S8 from Auditography appeared first on QuattroDaily.