It’s a pity Porsche didn’t continue using forced induction in their customer-oriented racing cars after the 993. True, turbochargers meant greater running costs, but the sheer grunt made the 993 GT2 racers quite special. Fortunately, some well-heeled racers feel the same way, and they’ve tried their level best to combine turbo power with modern aerodynamics and transmissions. One product of this ambitious blend is a Martini-liveried monster which has fans yearning for the days of old.

Look carefully for a few minor visual differences between this turbocharged special and a ‘standard’ RSR.

Its elegant design is a large part of the appeal of this one-off machine from RS Tuning. The unmistakable livery has the added benefit of highlighting some of the unusual bodywork on this turbocharged special. Note how that bright blue stripe brings attention to the massive snorkels sticking out of the RSR’s haunches like striped cat ears. Clearly, this isn’t your standard RSR.

Those odd protrusions are there presumably to supply cool air to the turbochargers, which can be heard whistling in the cabin of this special creation. A sizable 3.9 liters of displacement help those turbos spool almost instantaneously, which allow this 997 GT2 to catapult off corners with very few revs—a trait not shared with its naturally-aspirated siblings. 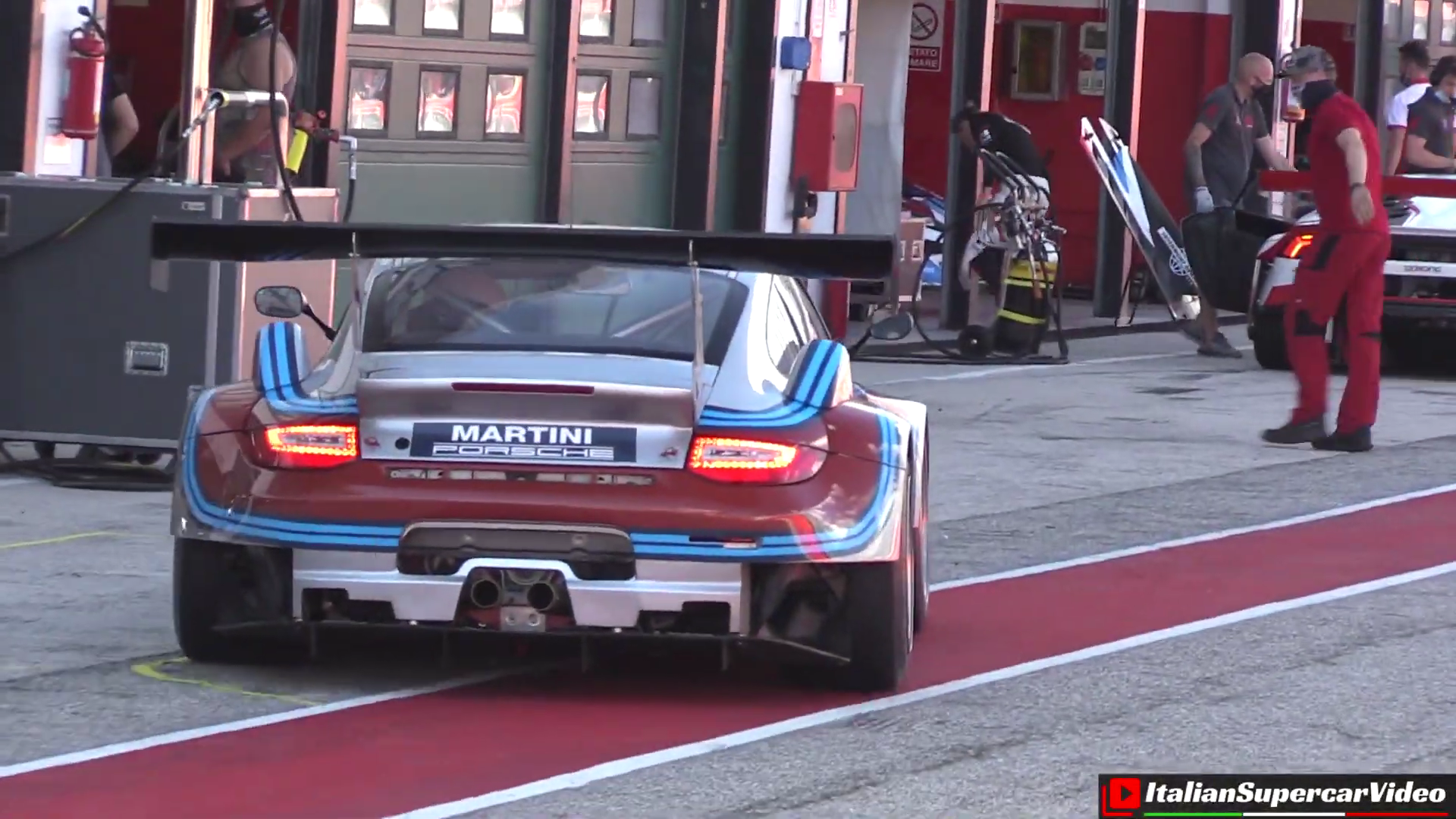 Depending on mapping, this motor makes 680-830 horsepower.

Truthfully, if it weren’t for the obvious commitment and courage on display in the cockpit, you could say this car looks easy to pedal. A paddle-shifted gearbox—an unusual sight in a 997’s cabin—grants this car an ease of use and a versatility that its predecessor didn’t quite have. With great torque, enviable traction, composure over the curbs, and no need to remove a hand from the steering wheel to shift, this car-driver pairing is surprisingly strong in the slower sections. Though, like its older brothers, it’s at its best in the fastest sections where its long legs can be stretched.

The post This Martini-Liveried 997 GT2 “RSR” is a Feast for the Eyes and Ears appeared first on FLATSIXES.