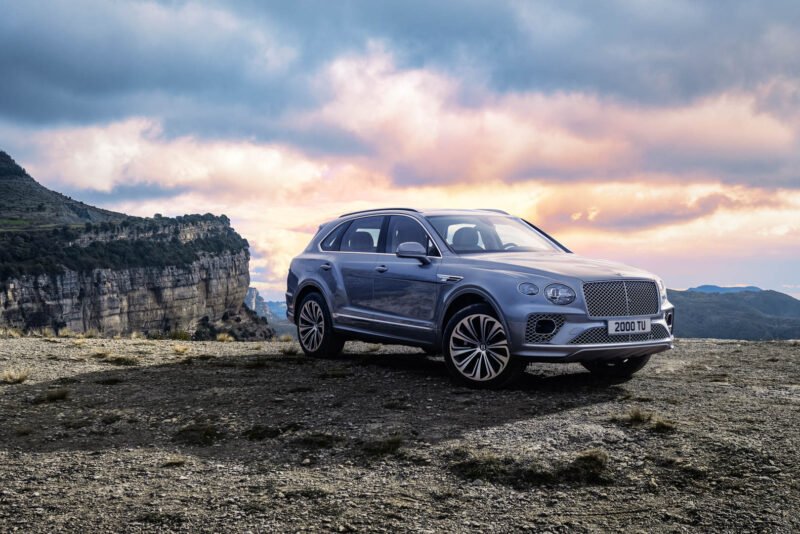 This new Audi S8 is an incredible everyday luxury-performance car. It’s monstrously fast, lavishly equipped on the inside and rides like a cloud. However, there’s another car in the VW Group that has the same engine but even more luxury — the Bentley Bentayga. In this new video from Carwow, we get to see which is fastest.

Admittedly, this video is more of a review of the Bentayga itself but toward the end of it, the big Bentley drag races an Audi S8 to see which car is faster with the same engine.

The Bentley weighs a bit more than the Audi S8 but not as much more as you might imagine, considering that the Bentayga is an SUV. It’s also nicer than the S8 on the inside but not so much nicer as to justify its much higher price tag. Especially when you consider the fact that they both use the same 4.0 liter twin-turbocharged V8.

At the launch, the Bentley actually jumps ahead of just a moment, before the Audi S8 storms ahead and takes a lead it never comes close to losing. In fact, it continues to pull on the Bentley throughout the entire race.

Unfortunately, we don’t get the performance times of the Audi S8 in this video, as Mat Watson was only timing the Bentley. However, the Bentayga did 0-60 mph in 3.8 seconds and 0-100 mph in just over nine seconds. Considering that the Audi S8 was much faster, that means it did 0-60 mph in closer to 3.5 seconds and 0-100 mph in closer to nine seconds. That’s seriously quick for such a big luxury car.