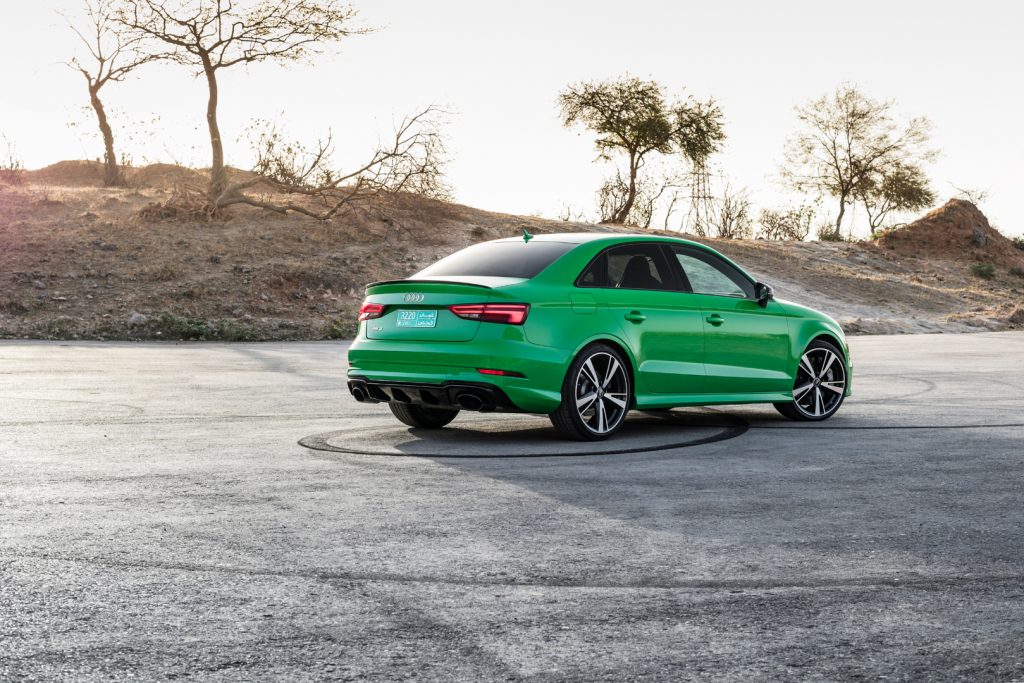 When the Dodge Challenger Hellcat first debuted, it shocked the world with its straight-line performance. Thanks to its 6.2 liter supercharged V8, the Hellcat makes a whopping 707 horsepower right from the factory. Which gives it far more muscle than something like the comparatively puny Audi RS3, which only has 400 horsepower.

However, the RS3 is famously highly tunable and can make a ton of power in a tiny package. Which is why the owner of this tuned Hellcat must have been taken by surprise in a recent drag race.

In this video, we get to see a Challenger Hellcat tuned to a whopping 850 horsepower take on an Audi RS3, tuned to 650 horsepower. Despite being heavily tuned, the RS3 is still down 200 horses, which is a massive differential. But it also proves that grip and lightness are more important than outright power.

Off the line, the tuned Audi RS3 jumps ahead of the Hellcat, as its four-wheel drive grip and much lower curb-weight allow it to launch far better. It then continues to pull hard all the way through the end of the race. While the monstrously powerful Hellcat starts to even the playing field, it can’t do it in time. The Audi RS3 runs the quarter-mile in 9.94 seconds, while the Hellcat takes 10.35 seconds.

So just over a half of a second difference separates these two very different cars at the drag strip. But it’s the less powerful, much smaller and much less imposing Audi RS3 that wins the day. This race proves two things; the 2.5 liter turbocharged five-cylinder in the RS3 is magnificent and that grip and lightness matter far more than horsepower.

The Hellcat is a really cool car but it’s just not fast enough to keep up with an Audi RS3, which has the right amount of power, along with better grip and a lower curb-weight.